1916- The revenge of the Germans in Bucharest 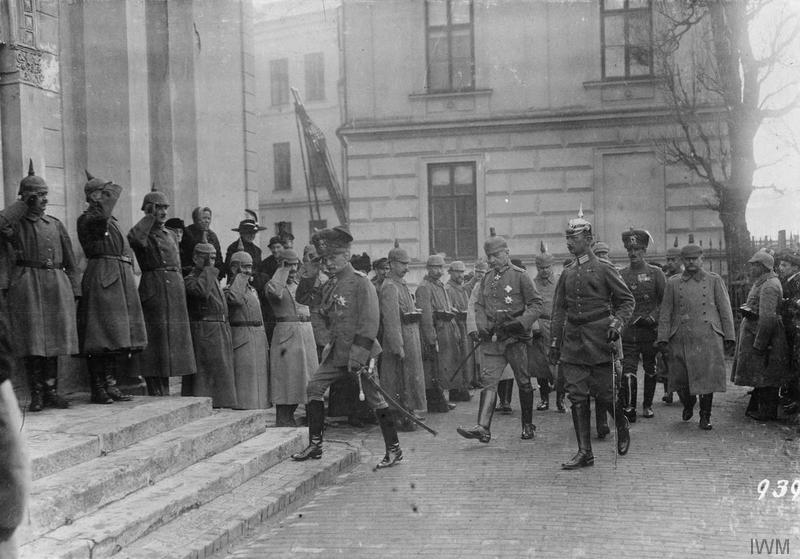 Shortly after occupying Bucharest in 1916, the German military devastated the homes of several Romanian politicians who supported, during the country’s neutrality, the entrance of Romania in the war on the side of the Entente. In his memoirs, Vasile Th. Cancicov recounts what happened to Take Ionescu’s home.

As I’ve been meaning since last night, I went over to Mr. Take Ionescu’s home in the early hours of the morning. Near the gate, two women were talking. One cries and mourns. – Are you from around here? I ask. – Yes, sir, I am a housekeeper in the house and I was told to see to the yard until the gentlemen return. Not wanting to be suspected by someone that I am interested in what happened here, I tell the woman to come with me further up the street, because I am a friend of the boyar and I want to write to him what has happened.

After we distanced ourselves from the house, the woman told me that: -Yesterday, 3 officers came with 80 soldiers and they asked me for the keys to enter the house. When I told them that the boyars who left had the key to the entrance, they broke the windows on the door, the door itself and went inside. They tore all the drawers from the desks and the bookcases and ransacked the house for money hidden in the walls. They took out from the wall the painting of the madam with a bayonet. In the living room they broke into the cupboards and took out the tableware in which the soldiers would later eat in the evening. After they had eaten the soup brought in a couple of buckets, they threw the left overs on the silk walls of the living room and on the leather sofas. They went upstairs to the salon and to the bedrooms and slept on the sofas and on the floor. They broke into the madam’s wardrobes this morning, taking everything they found in them, they opened some of her large trunks which had various Romanian garments and took them all. Yesterday it rained and it was muddy, and the filth they made with their feet was such that nothing was left untouched. They drank beer and wine, and they broke the bottles on the walls of the dining hall. The soldiers are still there, they say that a gas depot for automobiles will be made there. From the cellars they took what they found, some coal and some bottled wine. The wood from the yard was distributed last night. I left so I wouldn’t look suspicious.

Both the situation yesterday at Mr. Disescu and the one at Mr. Take Ionescu clearly denotes that these homes were handpicked for ransacking. This situation is clearly political in character, because there is certainly someone who knows and who designates who is to be spared and who is not”.