1919- the time of financial restitution. “Germany is unable to pay” 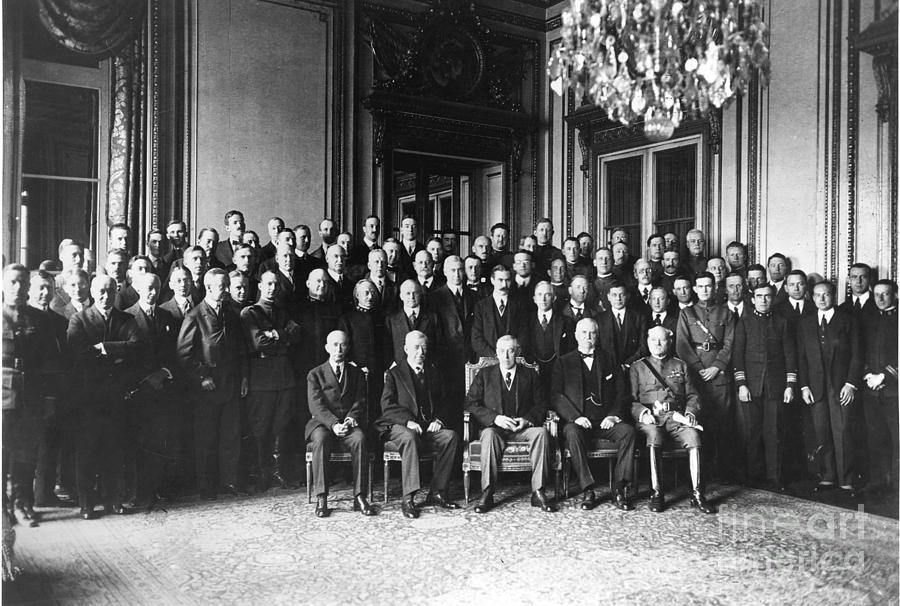 The Paris Peace Conference was about more than determining the victors and the losers or resolving territorial claims. There was the question of compensation. Clemenceau wanted to get as much of the war reparations as possible: to slow down Germany’s recovery, while at the same time speeding up France’s.

Louis Basset, the personal secretary of King Ferdinand writes about this situation in his journal:“April 15. Havas announces that the agreement regarding the conditions of peace between the Allies is almost complete. The damages imposed to Germany will amount to 125 billion, of which 25 billion payable in 1919 and 1920, and the rest in annual instalments, for 15 years. France will receive 55% of this amount, along with the perpetual ownership of the mining  in the territory of the Saar basin and the right to occupy this region until the entire sum of 125 billion had been paid, after which residents will be consulted if they want to stay within the borders of France or of Germany. The German delegates are scheduled to convene in Paris on April 25 for the conclusion of the peace. Will they discuss the conditions, or will they just meet and forward them to the Weimar General Assembly? And will this assembly accept them as such? It’s difficult to make predictions on this topic. The French press expresses its dissatisfaction, and a letter addressed to Matin by Péret, the chairman of the budgetary committee, demonstrates the compensation was insufficient  to restore the budget balance, as expenses are estimated at 22 billion, while the national income is reduced at only 30 billion, and current budget revenues at only 8 billion.

The terrible financial problem always comes up, unsolvable as always, with the unavoidable need to have the French taxpayer bear the burden of the deficit, or at least the most of it, because Germany is unable to pay. As for Germany, after all of its gold, all of its foreign claims and all of its raw materials will be taken, you wonder what will remain for them be able to work, to pay their debts or to eat. It is possible to refuse the signing of this treaty, which takes away any hope of recovery. In the Weimar Assembly there are quite a few reactionaries and foolish people who think that the excess of evil could be a remedy for the current situation, that it would be a Brest-Litovsk for the Entente, with its consequences as disastrous for the winner as for the loser. What will Wilson do if this eventuality becomes a reality? He is said to be very disappointed with Clemenceau’s intransigence. Some rumours, although they were denied, even indicated that he could abandon the alliance, let the French do their own thing and seek an economic rapprochement to Germany. No matter how unlikely this topic would appear today, the Allies should not lose sight of it, as it would cancel out much, if not all, of the profit from the victory. So we can expect that they will make serious concessions at the last moment. Clemenceau will face a big shock in the Chamber when he will have to present the financial clauses of the treaty, even if it hadn’t been dependent on him for them to be better for France. For the sake of his popularity, as well as for the good of his country, he should have, after he won the war, taken Foch’s arm and pass the responsibility to some people determined to conform to Wilson’s views and to conclude a true reconciliatory peace. The billions spent since December and those that will be spent are lost for nothing, the demobilization will be about three quarters completed, and the fear of a social upheaval will be removed. Because he did not do so, he did not adopt the only solid and reasonable solution, Clemenceau risks compromising everything, even peace.

In Germany, Bavaria seems to have realized that it was on the wrong track and that the results of its accession to the Soviet regime could bring about a blockade or hunger. The Hoffmann government is trying to rally its law enforcement forces to remove the danger and free Munich from the red gangs that terrorize it. Will he succeed? In German Austria, the fear of starvation is the only way to maintain calm and prevent the manifestation of all kinds of extravagances. On the contrary. In Hungary, where the Entente was wrong by sending Smuts instead of Mangin, Bolshevism spreads in all its splendour and threatens the poor Romanians, now exposed to a new encirclement. Unless the Entente comes to their aid, the battle will be hard for them, for the exalted patriotism of the Hungarians will last until it is destroyed”.