A complicated relationship: Averescu vs. Berthelot 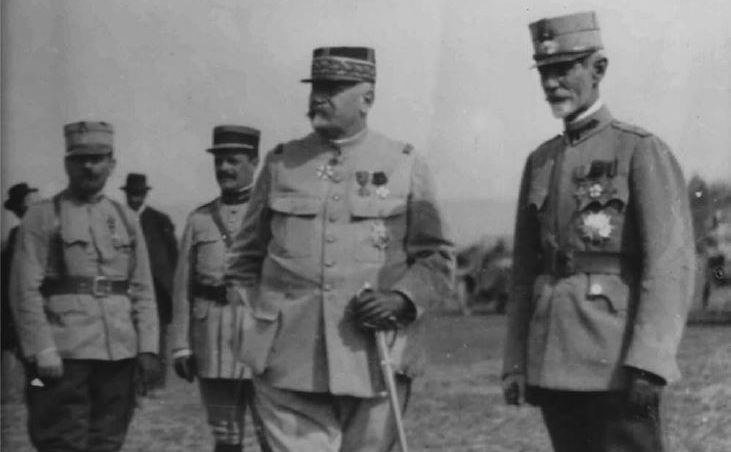 The relationship between Romanian General Alexandru Averescu and French General Henri Mathias Berthelot, the commander of the French Mission in Romania, oscillated vigorously over their two years of collaboration. Not only were they completely different from each other, but they also were the practitioners of two opposite styles of frontline combat. And yet, despite the many misunderstandings between the two, there was mutual respect, a sentiment which also emerges from the Daily Notes that General Averescu recorded in the two years of war.

I received the visit of General Berthelot, which I put him up, together with his adjutant. We went to the instruction centre, so that he would make sure of the French officers’ activity. […] The more I know him, and I actually know only little about him, the more I am convinced that the choice of the French high command or government was not the most fortunate.

Of measureless self-importance, lined with amazing shallowness: The events in Russia have no significance to him: “Ça se tassera bientôt!” Things are great on our end! In France, the Germans are barely holding! In any case, he has a happy demeanour and this is evidenced by his generous proportions. He doesn’t take too much to heart, he sees the good in everything, and in two words he solves the most complicated issues. We will see what he will do in France because I do not think the French will be delighted when things will be known regarding his work in the country with us. As far as I was concerned, he was very kind and what was curious is that in all our conversations he consistently agreed with me. We separated on the best of terms. In fact, I think it he is a kind soul and he has let himself be influenced by those with varying interests. I do not regret his attitude towards me personally, just that he did not see things clearly. With more insight and caution, perhaps he could have, through his influence, spared us of least of some parts of the evils that have befallen us. I think he was very responsible for the disasters of Jiu and especially of Argeș, where our army was defeated, which could surely have been avoided. I can be wrong, but until reliable evidence is presented, this is my belief. […]

Meeting with Mr. Brătianu: General Berthelot, Prezan, Iancovescu, Grigorescu, Văitoianu and myself. The matter at hand was whether or not we should send troops to Bessarabia to guard the deposits and the railways. […]

I was very amazed at what General Berthelot had to say, and I went into some detail with him, putting him in an awkward position. We first discussed the transport. I asked him the question: what is the capacity of the railroad? He did not know the answer. I helped him. We could manage 16 trains per day. I asked him how many trains he thinks is needed for a division; he answered 60. I told him then that the calculation is simple and that the deployment cannot be made in 15 days. He objected but said that indeed there were preparatory movements, the embarkation, debarkation and so on. I acknowledged that there could be a downtime, but not for 10 days, and in any case, it only took into account a single division. Then, to convince me, he told me that: l’état major français compte 15 jours, et, ce ne sont pas des imbéciles. I replied that if we use: des gros mots, toute discussion est impossible. He settled down a bit. I explained then that defending our front with fewer forces would entail the disposition of troops in a cordon. He responded that we needed only a surveillance line with the reserves deployed for a defence-in-depth.

I told him he was losing sight of the country’s geographical configuration. We do not have a depth proportional to the extension of the front and the communications network is not likely to favour such a manoeuvre. I also drew his attention to the enemy’s situation, reminding him that based on the same sources, some time ago, the French mission, especially Colonel Pétin, were afraid of an attack, either through Bukovina or in Galaţi and then, in reality, the Germans were preparing the attack against Italy, without knowing it.

He answered back: on le savait! I did not want to dwell on this extraordinary affirmation, which of course did not strengthen the sympathies between the French and the Italians. We finally showed that the troops are not able to perform rapid movements due to the condition of the horses and of the soldier’s footwear, or lack thereof. Here General Berthelot exploded. He shouted that there were 600.000 pairs of boots at Nikolaev, and we were complaining about shoes: “Ou sont, Monsieur le Ministre ces chaussures?” In his anger he threw some papers on the table, shouting: je suis navré.

I replied, all of this does not change the fact that the soldiers are lacking in proper footwear. I remained thoroughly convinced that he is impulsive and an ignorant practitioner of the profession.”