A teacher on the front: “They’re all unknown heroes. How many will cry, oh Lord, after them?” 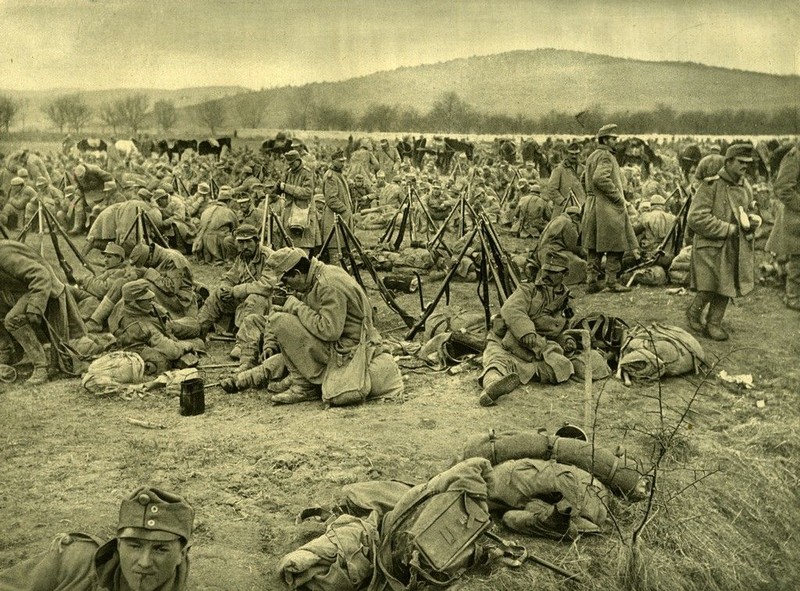 The war did not take into account profession. Horațiu Deacu was a teacher in 1914, when he left for the front. Between August 12 and October 21, 1914 he kept a diary, which was published by his family in 1930. There, on the Galician Front, the Romanian who was fighting for the Austro-Hungarians wrote:

May the name of the blessed Lord be heretofore and forever. The day of our departure finally arrived, as the other battalions had already left. The clear summer day promises an unbearable heat, which will scorch us in the overcrowded wagons. In the morning, at 8 o’clock, we stand in front of the school, where we had been stationed, and we wait for the command to depart. They gave each of us a portion of wine, I think it was to strengthen our souls and to give us courage, for, Lord, how hard it is to leave everything you have dear behind, and go there, from where very few come back. Everyone was crying. Even me! […] What would my poor parents do, when even strangers are so overwhelmed by emotions! But the poor souls do not even know the day of departure. They can’t even see me. Maybe it’s better this way, because it’s not so painful […]! At 3 o’clock in the afternoon, between the ovations of the public gathered at the station, mixed with the farewell of so many mothers and wives, we started the long and hard road. In all the stations there were again ovations and triumphs. Ladies with flowers. Cigarettes for the young men. The Tauber family was waiting for me in Cluj. They are so kind and gentle to me, as always, that I do not know, oh Lord, how to repay them! What a difference between the Romanian families and this one! May this journal be a testimony of my gratitude and devotion […]! I thanked them for  their truly parental advices. The farewell was touching. From Cluj, where the rest of the volunteers were embarked in a special second class wagon, to Oradea, I mostly slept.

From Oradea we took the line to Sătmar, through the lowlands, a very fertile place. We travelled a long time through cornfields and vineyards. It is the country of Hungarian wine […] In general, the people of the Biharia plain are less lively because of the war, not to mention careless even […]. We spend our time admirably in our coupe. Our comrades Mureşan and Prie comfort us with their melodies sung on the pan-pipe. We head into battle; for many it will be their last trip […]! We don’t even dare think about bad things. It will be how God wills it!”

The day before he was shot, his thoughts became more pressing, predicting, as if, his death:

You can see small recently dug mounds all over the place marked by simple wooden crosses. It overwhelms you! These are the graves of those who have fallen on foreign soil and were buried in an even more foreign place, far from their own families. They had no priests by their side at the end, only when they were put into the ground, with the roaring of cannons and the thundering of guns for bells. These are all unknown heroes, in tombs that any day now will have no trace of them left. Soon, the wind will blow the dust off them and innocent children, grazing their cattle, in their senseless, cheerful glee, will jump and play over these mounds: unknown places for the young men and perhaps for the unknown parents. And those at home, how they will wait! How many will cry, oh Lord, after them?? Good God, forgive all their sins!”