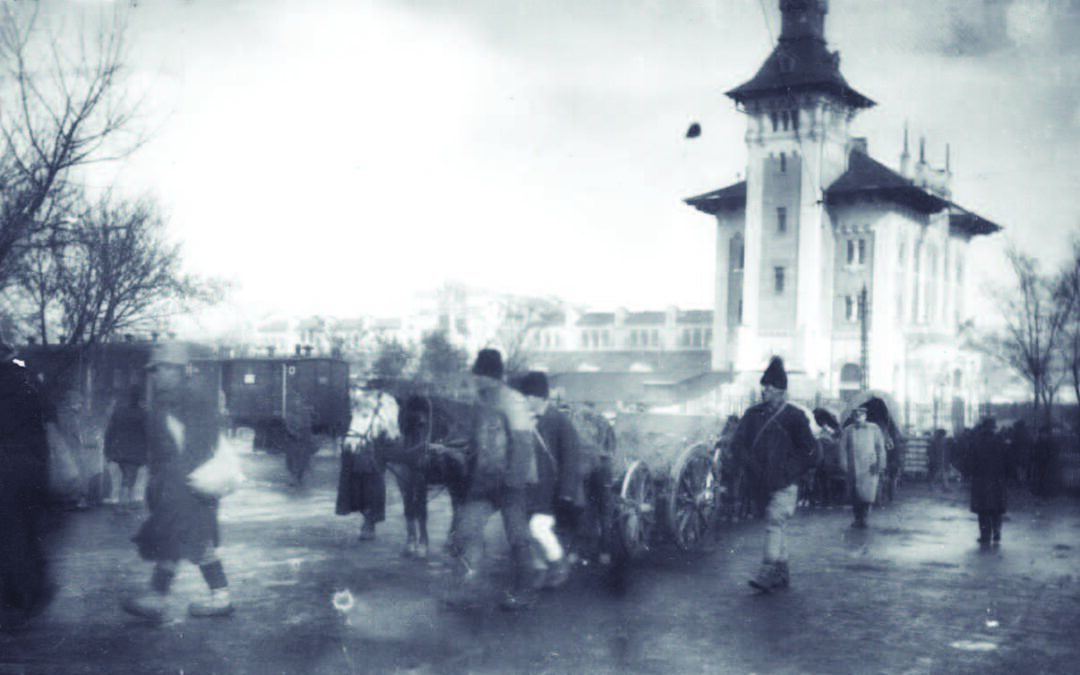 In the winter of 1917, Bucharest was under occupation, and the inhabitants of Muntenia were forced to flee. Besides poverty and disease, the main enemy was the cold. Moldavia did not expect such a large number of refugees.

One of the biggest problems facing Iași, the capital of Moldavia, was the supply of wood during what was an especially cold winter. Some witnesses stated that “12 to 15 degrees below zero were common and that is why these [temperatures] seemed… gentle, because it event went to 30 degrees below […]”. I.G. Duca referred to this difficult situation, stating that “the wood problem was distressing, the cold was getting worse and there was no more wood. You couldn’t bring it by train, the wagons were all requisitioned by the army. There were no forests in close proximity, the population demanded for trees to be cut down from public gardens and from the streets. Two of Iași’s landmarks were sacrificed on the people’s altar, the Copou forest and the Rivelet park. In those days, secular trees fell under the ruthless axe of a city where, in addition to the miseries of exile, disease and hunger, had now to contend with the tormenting cold”.

The Count of Saint-Aulaire wrote in his journal: “If I try, by sketching it only, to evoke the icon of the suffering that overwhelmed Romania, for a place in an imaginary museum of moral beauties, I would put this country, whose virtues rise at the height of suffering and even higher, in the hall of masterpieces.

As a conspiracy between nature and humans, the winter of 1917 was particularly harsh. In Iași, the thermometer dropped to -20°, to -30° and even to -40°. The enemy- that is, the Germans- in the two thirds of the country they occupied, and the “allies”, that is, the Russians, which were more brutal than the enemy, in Moldavia, which they also occupied, were wrapped up in their coats, had occupied the better buildings, threw out the tenants, and took all the firewood; they did not care about the cold that suddenly befell on the countless Romanians in rags, without houses or crowded in unheated homes.

In this overcrowded, undernourished, devastated Moldavia, the misery and starvation, from which exanthematic typhus was born, made more victims than enemy fire. In the hospitals that refused to receive people, everything except devotion was lacking.

In the winter of 1917, the Russian steamroller spilled into the streets of Iași to drown Moldavia. This torrent brought with itself several armies with a total number of one million men.

Faced with this avalanche, our military mission, reduced to helplessness in the military realm, was fighting more than ever on the front of the epidemics, discreetly preparing for the reconstruction of the Romanian army”.