Battle over France: “His machine gun was dug out of the ground and it ornaments the entrance to my quarters” 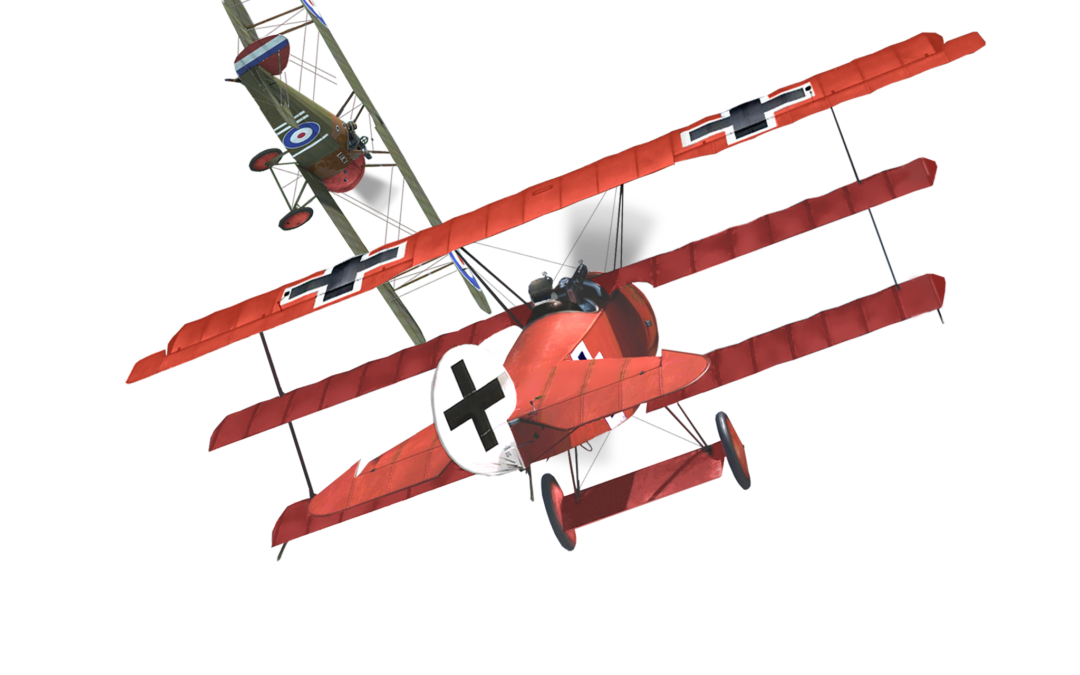 Two years had passed since the beginning of the First World War, and the Western Front had seen some of the bloodiest battles in history. The soldiers made history not only in the trenches, but also in the air. On November 23, 1916, a battle took place for the supremacy of the air, a battle between the most celebrated aviators of the conflagration: German Lieutenant Manfred von Richthofen and English Major Lanoe Hawker.

The German was called the “Red Baron”- until 1918, when he finally met his demise, he had a tally of 80 confirmed kills, the most of the Great War. On the other hand, the English Major had quickly (and deservedly) advanced in rank- in January 1916 he became the commander of the world’s first single-seat fighter squadron, the No. 24 fighter squadron, after shooting down seven enemy planes.

The battle between the two took place in the skies of France, more precisely above the town of Bapaume. It was an aerial battle of wits and tactics, but in which nature also had a say- it seems that the winds helped the German, pushing the English plane into German lines. They watched, learned each other’s tactics, and then the battle began. It seemed that they were evenly matched, but then, seeing the weather conditions worsening and his tank emptying, Hawker decided to abandon it. However, the Baron did not accept the draw, and, seeing that he had the advantage, sought to claim victory. His machinegun fire mortally wounded the English. The plane went down and the “Red Baron” had his 16th victory, for which he also received the order of “Pour le Mérite”. This whole episode is recalled by von Richthofen in his diary:

“I was extremely proud when, one fine day, I was informed that the airman whom I had brought down on the twenty- third of November, 1916, was the English Immelmann. In view of the character of our fight it was clear to me that I had been tackling a flying champion.

One day, when I went out hunting for enemies, I noticed three Englishmen who also apparently had the same objective. I noticed that they were politely inviting me, and as I was itching for a fight, I did not want to disappoint them.

I was flying at a lower altitude. Consequently, I had to wait until one of my English friends tried to get the drop on me. After a short while one of the three came along and attempted to attack me in the rear. After firing five shots he had to stop for I had swerved in a sharp curve. The Englishman tried to catch up while I tried to get behind him. So, we circled round and round like madmen after one another at an altitude of about 3.000 metres.

First, we circled twenty times to the left, and then thirty times to the right. Each tried to get behind and above the other. Soon I discovered that I was not dealing with a beginner. He had no intention of breaking off. He was traveling in a plane which turned beautifully. However, my own was better at climbing in altitude than his, and I succeeded at last in getting above my English waltzing partner.

When we had got down to about 2.000 meters without having achieved anything in particular, my opponent ought to have discovered that it was high time for him to take his leave. The wind was favourable to me for it drove us more and more towards the German position. At last we were above Bapaume, about a kilometre behind the German front. When we got down to about 1.000 meters, he merrily waved to me as if he would say, «Well, how do you do? ».

The circles which we made around one another were so narrow that their diameter was probably no more than 80 or 100 meters. I had time to take a good look at my opponent. I looked down into his cockpit and could see every movement of his head. If he had not had his cap on, I would have been able to describe his features.

Little by little, the brave English sportsman had to decide whether he would land on German ground or whether he would fly back to the English lines. Of course, he tried the latter, after having endeavoured in vain to escape my grip by looping and other such tricks. I took advantage of this, and my first bullets went past him, because until now neither of us had been able to have a clear shot.

When he had come down to about 100 meters, he tried to escape by flying in a zig-zag pattern during which, as is well known, it is difficult to get a shot. That was the moment for which I waited. I followed him from 50 and then 30 meters, firing without stopping. The Englishman had to go down. However, the jamming of my gun nearly robbed me of my victory. But the game had already ended. Shot through the head, my adversary fell behind our lines, 50 metres from the front. His machine gun was dug out of the ground and it ornaments the entrance to my quarters”.