Bessarabia, from autonomy to independence 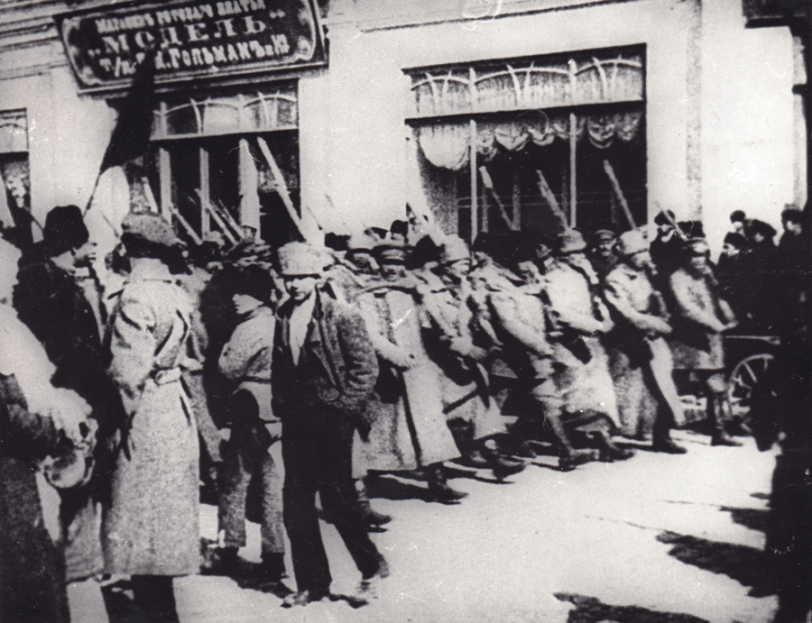 Romania’s decision to enter the First World War on the side of the Entente in the summer of 1916 seemed at first glance like an abandonment not only of Bessarabia, the old territory of the Moldavian voivodeship occupied by the Russian Empire in 1812, but also of the Romanians living between the Prut and Dniester rivers. The Romanian government chose to fight with Tsarist Russia to free the territories inhabited by Romanians in the Austro-Hungarian Empire. Paradoxically, in less than two years, at a time when the war seemed lost, the first province that united with Romania was Bessarabia.

The collapse of Tsarism following the Russian revolution of February 1917 made this historic event possible. The revolution mobilized all ethnic groups in the Empire leading to an accelerated and unprecedented growth of national consciousness. In March, the National Moldavian Party was established in Chișinău, which gained significant popularity. The party’s main demands, as stipulated in its program, were: autonomy in the economic, cultural and administrative matters; the establishment of a Country Council (to act as the province’s legislature); the formal introduction of the Romanian language in administration, court houses, schools and churches, agrarian reform, as well as support for the rights of national minorities.

Russian officials and soldiers were opposed to the idea of autonomy, as well as the newly formed government in Kiev, which argued for Ukraine’s “right” to Bessarabia. In spite of the Russification policies that were enforced the previous century, in 1917 Romanians were about half the population of Bessarabia, with the other half represented by minorities such as Ukrainians and Russians (about 28%, according to the census of 1897), Jews (12%), Bulgarians and Germans. In addition to these demographic realities, the Romanians living across the Prut River had to contend with the presence of large Russian military units in both Bessarabia and on the Romanian Front in Moldavia.

The Congress of the Peoples of Russia, held in Kiev [N.S. September 21-27, 1917], was attended by six Bessarabian delegates. They demanded autonomy for the province which was to be a part of the Russian Federation, stating that Bessarabians had “the right to personal national self-determination, meaning, the constitution of the nation in an alliance of public law comprising all its members from all across the state”. Teofil Iancu, a member of the National Moldavian Party and a participant in the Congress, admitted that “the Moldavian nation” does not exist, but that the “Moldavians” avoided using the term “Romanian”, so as not to give their adversaries the opportunity to accuse them of separatism.

Teofil Iancu said that: “Many have heard of Moldavians, but I believe only a few of you know that the Moldavian nation does not exist. The name «Moldavia», «Moldavians» is only territorial, but not national, and if we call our words and organizations «Moldavian», we do so only tactically, because the word «Romanian» sounds too harsh in the ears of our enemies, of which we have many”. He also warned that “if we will encounter in our political aspirations only disillusionment, then we, following the road of necessity that knows no bounds, from friends of the Russian democracy we will become separatists”.

Iancu’s warning would become a reality, as Russian democracy collapsed under the heavy blows of the Bolshevik offensive, and as the Ukrainians still pressed their claims on Bessarabia. In the autumn of 1917, the territory between the Prut and the Dniester rivers began to devolve into anarchy, the authorities being incapable to stop the acts of random violence and disorder for which the Russian soldiers were to blame. In this context, a Congress of Moldavian Soldiers was convened in Chișinău.

Petre Cazacu, Prime Minister of Moldavia between April and December 1918, later explained the context in which the congress was held: “Chaos grew so much that there seemed to be no rescue in sight from the menacing disaster of the unending hordes of Russian soldiers, who were headed back to Russia through Bessarabia from the Romanian Front. The Russian government was on the verge of being overthrown by the Bolsheviks when, on October 20 [O.S.], the first congress of all Moldavians from Russia was convened in Chișinău”. The Congress decided to establish the Country Council, which adopted a Declaration (December 2, 1917) proclaiming the Moldavian Democratic Republic within the Russian Democratic Federative Republic. In reality, that state no longer existed, the Bolsheviks taking over power in Russia after the October Revolution, under the leadership of Vladimir Lenin.

The armistice between Russia and the Central Powers and the start of the Brest-Litovsk negotiations (December 1917) led to the aggravation of anarchy in Moldavia. Russian soldiers caused many violent incidents, robberies, devastations and crimes, threatening even the authorities of the new republic. On January 5, 1918, the meetings of Country Council were suspended as a result of the Bolsheviks entering Chișinău. Several MPs were arrested and Allied commission funds destined for the Romanian Front were seized.

Under these conditions, the Country Council requested the intervention of the Romanian army. The troops entered Bessarabia on January 13, 1918. The 11th Infantry Division, under the command of General Ernest Broşteanu, received the mission to enter Bessarabia with the aim of restoring order, protecting the population and lines of communication, without interfering in political and administrative issues. Following the intervention of the Romanian army, the Bolsheviks were expelled from Bessarabia. The Bolshevik government of St. Petersburg reacted vehemently and decided to break diplomatic ties with Romania and seized the Romanian Treasure, which was in Moscow.

The proclamation of Bessarabia’s independence from Russia took place on January 24, 1918 [O.S.]. The Country Council chose this date to unanimously vote on independence and to celebrate 59 years since the union of Moldavia with Wallachia. Ion Inculeț was elected president of the new independent Republic, and the Council of Ministers was headed by Daniel Ciugureanu.