Chaos and infighting between the former allies: the returning of the Russian soldiers to Bolshevik Russia 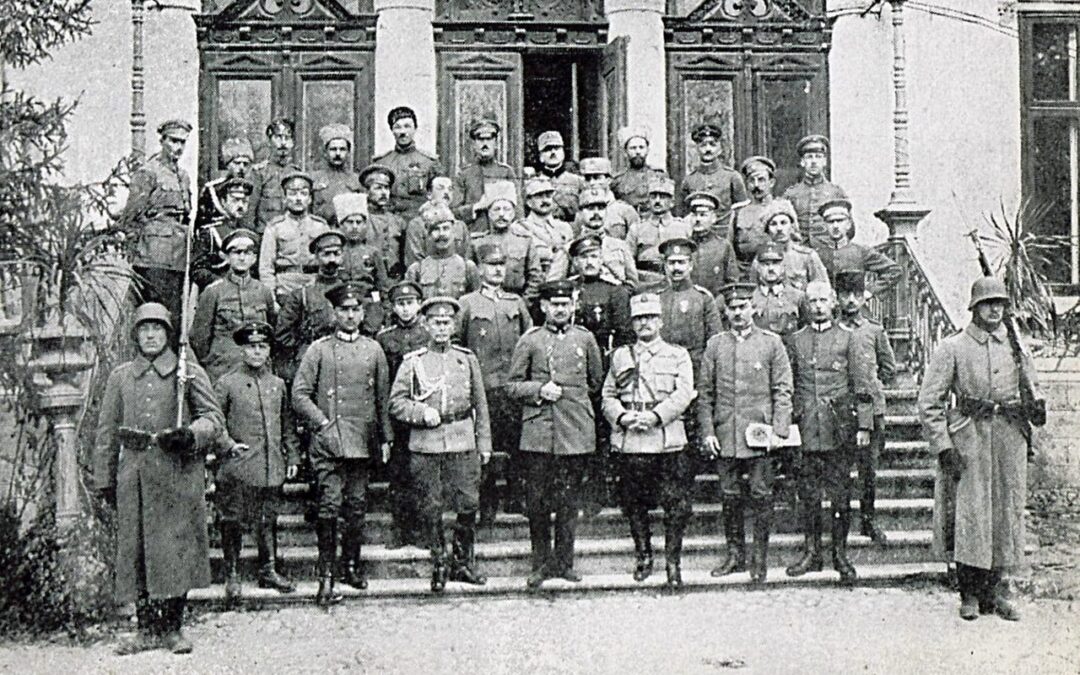 In the autumn of 1917, the state of the Russian divisions on the Romanian Front was more than worrying. The Russian reservists who arrived at the front, especially the young officers, brought with them many radical ideas. The increasing Bolshevik influence, pacifism, and disrespectful behavior towards the superiors became all the more common.

With the signing of the Brest-Litovsk Treaty hundreds of thousands of Russian soldiers started heading for their homes, but their disorganized withdrawal was putting Romania in peril. Moreover, there was the risk that some Russian divisions, especially those that fell under Bolshevik influence, and which were located on the territory between the Carpathians and the Prut River, would try to occupy the cities. Russian troops were now a greater danger than the enemy. In order to prevent the destruction, the robberies and possible armed confrontations, the Romanian decision factors decided that the withdrawal of the Russian soldiers from Romania would be done under certain conditions: the withdrawal had to be made with the authorization of the Russian command, the troops were disarmed and the movement had to be made by train or on foot using already established routes with adequate supplies. Several Romanian military units were entrusted with the supervision of the evacuation. Many Russian military units and troops were told of these restrictions, but there were a few who decided to defy them and moved eastward on their own and armed. These troops had the Romanian Command worried about the possible devastation of Moldavia, as well as a destruction of Bessarabian warehouses and supply lines.

The Russian attempt to occupy the city of Galați

The situation worsened on January 2, 1918, after Nikolai Krylenko, the new head of STAVKA, named by Lenin, ordered the Russian troops to withdraw from the front and to use force if needed. Seven Romanian divisions were positioned behind the front near the Prut River. Some Russian units decided to fight back and some large-scale confrontations took place, such as the one in Galaţi between January 20-22, 1918. The 9th Division and the 10th Division of the 4th Siberian Corps decided to occupy the city of Galați. They were opposed by the Romanian 4th Infantry Division. The two Russian divisions were disarmed and led, under guard, across the Prut River.

A similar confrontation took place in northern Moldavia. It was presented in a report by the Austrian intelligence services: “Trying to march through Bessarabia, the Russian 2nd Army Corps was led away and largely disarmed. Some of them, about 1.000 men, went to our side. Neither did the Russian 18th Corps and the Russian 50th Corps succeed in crossing with their weapons. The battles with the Romanians near Siret and Mihăileni ended with the disarmament of the troops. […] Because the Romanians are opposed to the passage of the Russian 8th Army Corps to Russia, it has returned to its old position”.

From the beginning of November 1917 until January 1918, the total number of Russian soldiers on the Romanian Front dropped from over 1.200.000 to about 50.000. A document from January 1918 issued by the Great General Headquarters stated that: “the entire front that was defended before by the Russian 4th, 6th, 8th, 9th armies is now, with rare exceptions, almost completely undefended. The Russian units are totally disorganized and retreated on their own initiative behind the front, where demobilization continues”. In the beginning of february, the Great General Headquarters announced that “the Russian army no longer exists”, and that the numerous Russian soldiers wandering through Moldavia were gathered, grouped and sent to Russia. In their wake, Moldavia remained “full of horses, guns, weapons and abandoned carts”.