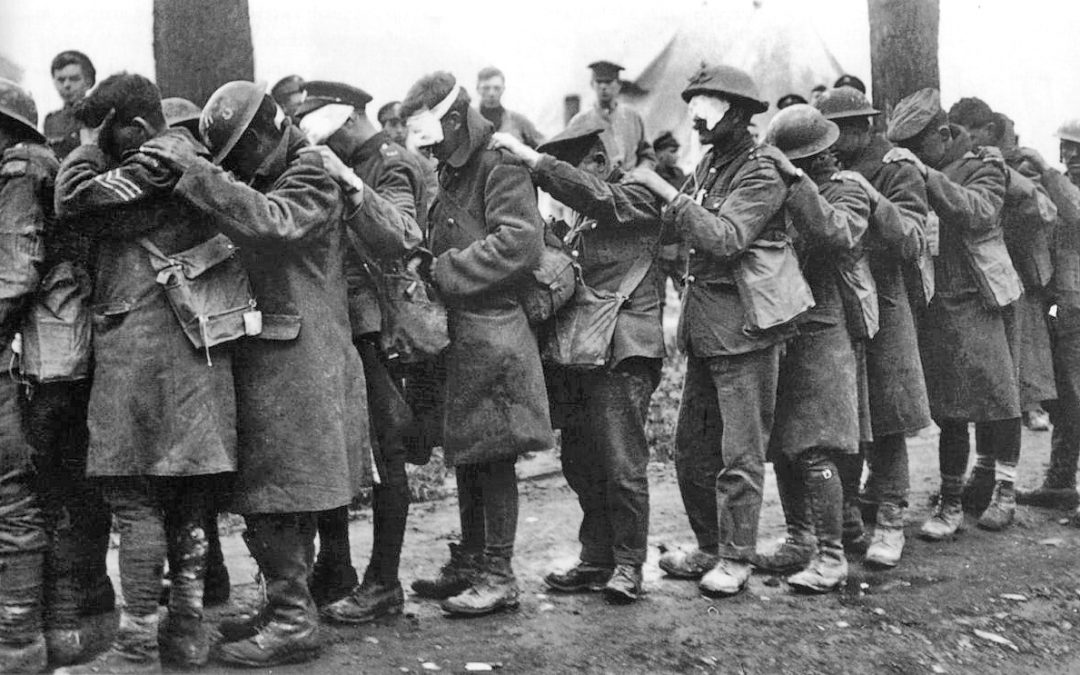 The first step in making chemical weapons, such as toxic gases and liquids, was done somewhere at the end of the nineteenth century in Germany. The German chemical industry began by producing toxic substances in the dyeing industry as well as in agriculture. However, in the First World War, the French, not the Germans were the ones who first used chemical weapons.

Chemical weapons were used on the battlefield from the very beginning, in August 1914. They were in the form of tear gas, namely two chemicals: xylyl bromide and ethyl bromoacetate. But they were harmless, for their symptoms- the irritation of the respiratory system, vomiting and nausea- disappeared after half an hour. They were presented as a spray with a pleasant, fruity smell.

A few months later, at the end of January 1915, the Germans would use a huge amount of tear gas. More than 18.000 chemical shells were used against the Russians stationed west of Warsaw. The same type of chemical weapons was also used against the French in October 1915. The Germans did not stop there, transforming, shortly after, some simple irritating gases into real weapons of mass destruction. On April 22, 1915, the man in charge for the development of chemical weapons for the German army, Fritz Huber, introduced the use of chlorine as a chemical agent in combat. On that day, the Germans released 168 tonnes of chlorine gas towards the French 45th and 46th divisions in Ypres, Belgium. The result was devastating: during this first attack using poison gas, over 1.000 soldiers died. It was observed that this gas, in contact with water, once it reached the respiratory tract, caused chemical burns to the lungs.

The use of chlorine was risky. In most cases, the substance was released from canisters and formed a cloud in the air, but sometimes the wind could change its direction. Until the invention of the gas masks, soldiers used wet cloths, often drenched in their own urine. One such event, when the cloud drifted across the trenches of both sides, was on September 25, 1915, on the battlefield of Loos, when chlorine was used by the British.

In the meantime, the French did not want to be outdone. Victor Grignard, who was awarded a Nobel Prize in Chemistry in 1912, produced a terrifyingly potent combat chemical agent: phosgene, known as carbonyl chloride. But the most important thing he had done was that he devised a method to produce this toxic weapon on an industrial scale. It was a colourless and odourless gas, that once it reached the lungs, it burned the tissue, causing lung oedema. Compared to firearms, phosgene caused terrible agony: suffocation and death occurred in several days.

In December 1915, Huber used phosgene in combination with chlorine. A lethal tactic for the soldiers at Ypres. These gases were responsible for the deaths of more than 50.000 thousand soldiers during the Great War. 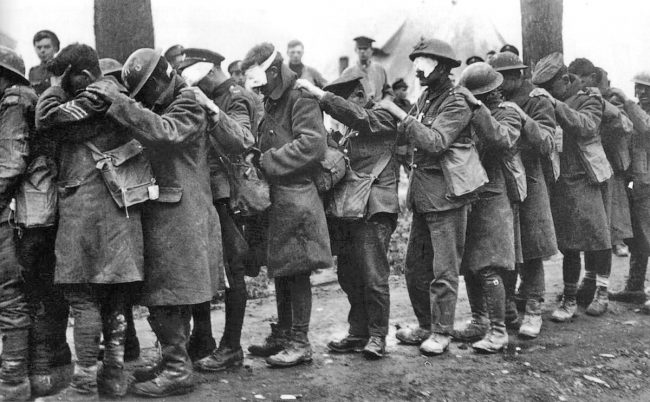 The most popular chemical weapon in the First World War a sulphur-based mustard gas or yperite- taking its name from Ypres. In its pure state, this substance is colourless and emits a yellow hue and it has the smell of horseradish or garlic. Like any other gas, it is, in turn, fatal only in large quantities. It first produces irritation, followed by the appearance of yellowish rashes on the skin. At the level of the lungs it produces pulmonary oedema. If a smaller amount is inhaled, it can cause skin infections, permanent disfigurement, blindness and, later, skin cancer. Mustard gas was first used in the Battle of Passchendaele by the Germans in July 1917.

Not even the battlefields of Romania were spared from chemical attacks. Poison gases were used by both sides at Mărășești and Oituz. The first attack with an asphyxiating gas was conducted by the Germans on August 6, 1917, at Mărășești, in the area of the Black Forest. The target was the 34th Russian Infantry Division, which had to abandon its positions, together with their artillery guns, because the horses had died. On October 26, 1917, the Romanian Army created its first gas defence service, following the use of chemical bombs, on 8 August 1917.

During the First World War no less than twenty chemicals were used by both sides, some with a high degree of toxicity, and some used in various combinations. Out of the 16 million deaths of the First World War, 90.000 died of chemical weapons, and more than 1 million were seriously injured. Firearms remain the most dangerous enemy in the event of war, but chemical weapons leave behind a strong moral and social impact.