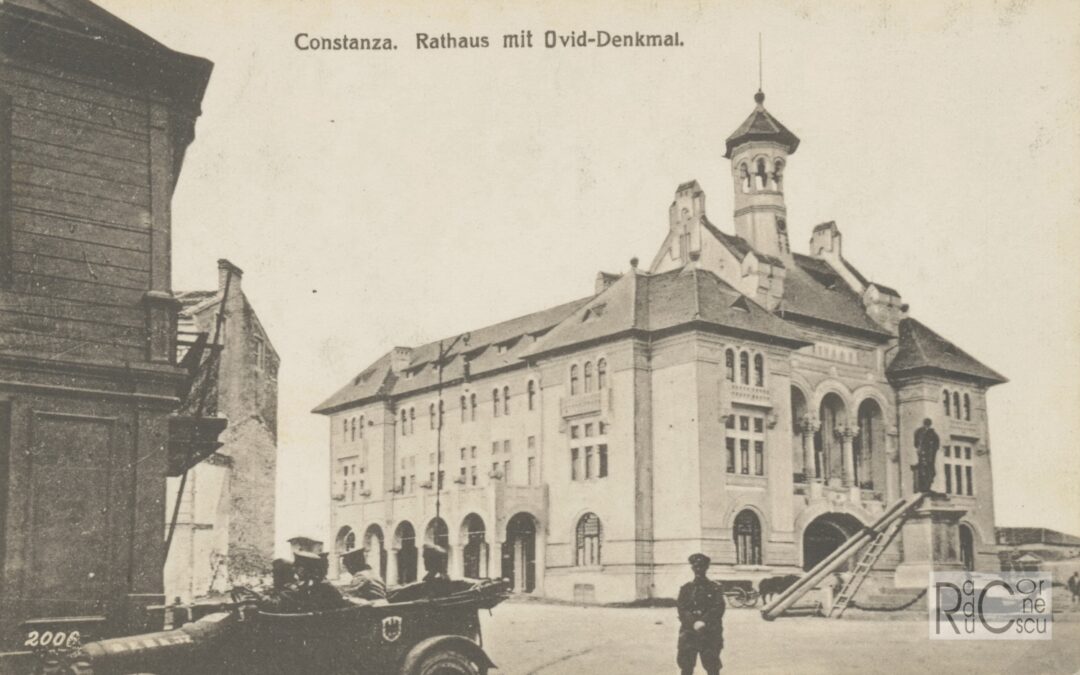 Romania started fighting on the frontlines of the First World War in August 1916. Even though it had strong allies, the Germans did not take long to occupy Romanian territories. In the autumn of 1916, the German troops commanded by Prussian field marshal Anton Ludwig August Van Mackensen were advancing from Bulgaria to Bucharest, passing through Dobruja.

The population went into exile, the troops fought for dear life, but due to several factors of military nature it all ended with an unexpected defeat at Tutrakan (September, 1-6 1916) and the occupation of Dobruja. Constanţa, the port city on the Black Sea, fell into the hands of the Germans who wanted to occupy the strategic point that both the Russians and the Turks wanted- the latter having long been adversaries struggling to gain supremacy over the Black Sea Basin for centuries. The bombing of Constanța by the Germans left a deep imprint. The port was the main target of German bombing, and the iconic Casino building in the immediate vicinity was unavoidably affected.

Queen Marie, saddened not only by her little son’s illness, but also by the occupation of Constanţa, wrote in her diary that: “Mircea has typhoid fever- that’s what I was afraid of- he is very, very sick, and Dobruja is almost lost, Constanța was taken, our men, with their very hands, blew up the big bridge- the bridge so dear to my uncle which warmed his heart, the bridge in front of which my aunt stared ecstatically when we were traveling on the Danube” (Monday, October 10/23, 1916, Buftea).

The population of Constanța began to leave the city in a hurry in early September 1916. The events were precipitated by the bombings carried out by German aviation and by the decisions of the Russian military authorities. The decision of admiral Falton Patton, the Russian naval squadron commander, to reembark during the night the arms and equipment and to send them back to Sevastopol affected the morale of the people of Constanța. Being aware that the petroleum products stored in the city could no longer be moved, O. Mumuianu obtained from General A.M. Zayonchkovski, the commander of the Russian 47th Corps, on the morning of October 9, the approval for the storage tanks to be burned, but the order was not executed by admiral Patton “under the pretext that Constanța will escape”. Besides, the approval for the evacuation, on October 8, was given when the Central Powers troops were ready to advance south into the city. Everyone left in a hurry “with a small suitcase, others not even that”. The first concern was to ensure the transport of the wounded, the documents and the archives of the city council, as evidenced by a report by the prefect on October 11, 1916 to the Government and the Great General Headquarters.