Constantin Scărișoreanu, the first Romanian officer advanced to the rank of general on the battlefield 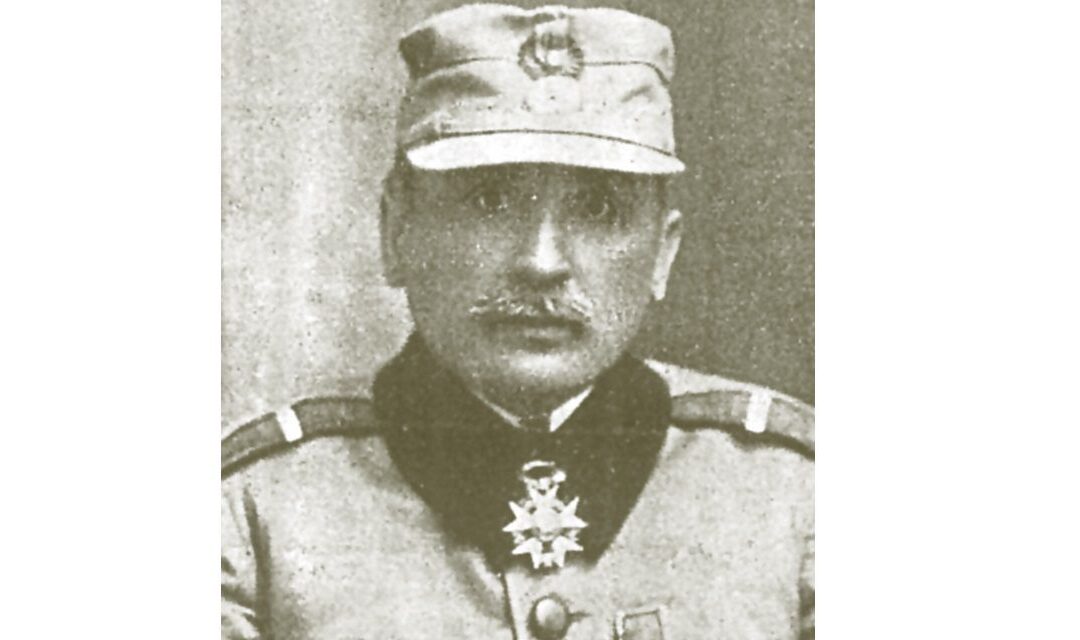 Born on January 11, 1869 in the village of Rucăr, Muscel County, Constantin Scărișoreanu distinguished himself during the First World War, being the first Romanian officer advanced to the rank of brigadier general on the battlefield, on October 14, 1916.

A graduate of several military schools in Romania, Constantin Scărișoreanu became a captain in the Romanian army in 1897, and a professor of military history at the Officers’ School, in 1898. In 1900, he completed a training course in the Austro-Hungarian army. When he returned to Romania, Scărișoreanu received the position of company commander, being subsequently promoted to different positions. When the First World War began, Scărișoreanu had the rank of colonel. During the period of Romania’s neutrality (1914-1916), he served as chief of staff of the 5th Army Corps.

With the entrance of Romania in the First World War, Colonel Scărișoreanu received the command of the 19th Infantry Division, stationed in Dobruja, between the towns of Caraomer, Amzacea and Topraisar. For the heroism he demonstrated in the battles of Dobruja, Constantin Scărișoreanu was promoted to the rank of brigadier general on the battlefield, on October 14, 1916.

The Battle for Bucharest

Between November and December 1916, General Scărișoreanu participated in the defence of the Romanian capital. In the Battle for Bucharest, the 9/19th Infantry Division led by Scărișoreanu opposed fierce resistance, causing significant losses to the enemy. On the night of November 18/19 (December 1/2, new style), the 9/19 Infantry Division penetrated the back of the 217th German Infantry Division, the main attacking force of the Central Powers on the Danubian-Carpathian front, preventing it from fortifying its positions.

The 217th German Infantry Division suffered significant losses. During the battles of Iepurești and Stâlpu 1300 men were taken prisoner and 17 machine guns and 3 artillery batteries were captured by the Romanian troops. The German division was split in half by the counterattack of the Romanian troops. Part of the German division was pushed to the southwest, over the Glavacioc and Câlniștea rivers, together with units from the Goltz Division; the other half was pushed north over the Neajlov River.

While the counterattack of the 9/19 Infantry Division was successful in the area of ​​the Neajlov river, numerous enemy troops were spotted coming from the north and east. General Scărișoreanu ordered the evacuation of his troops over the Argeș river, in order to avoid encirclement and to resume the offensive at a later date.

On November 19 (December 2, new style), the troops commanded by General Scărișoreanu crossed the Argeș River in two directions, pushing back the Bulgarian 12th Infantry Division and breaking the link between it and the 217th German Infantry Division. As a result, the German troops were almost completely encircled. Over 2.500 soldiers were taken prisoner by the Romanians and 18 cannons, of which 6 heavy, and over 20 machine guns were captured.

The actions of the Romanian army on the Carpathian and Danube fronts did not have the expected result, and the Battle of Neajlov River ended on the evening of November 20 (December 3), when General Constantin Prezan, the Chief of the Great General Headquarters of the Romanian army, gave the order of general withdrawal to the east.

The resignation of General Constantin Scărișoreanu from the army

In the summer of 1917, General Constantin Scărișoreanu distinguished himself in the battle of Mărășești, where he led the 9th Infantry Division, which managed to repel several assaults made by the enemy. For his special merits, General Scărișoreanu received from King Ferdinand I the most important military decoration of war, the Blue Cross of the Knights of the Order of Michael the Brave.

However, in 1918, General Constantin Scărișoreanu resigned from the army at the age of 49, for reasons that were never been fully elucidated, and withdrew into civilian life. Nonetheless, in 1922, he was entrusted with the command of the Honour Division at the celebrations for the coronation of King Ferdinand and Queen Marie as monarchs of Greater Romania in Alba Iulia.

Constantin Kiriţescu, Istoria războiului pentru întregirea României [The history of the war for the unification of Romania], The Scientific and Encyclopaedical Publishing House, Bucharest, 1989.