Constantinescu, the Romanian engineer behind Allied air superiority in the First World War 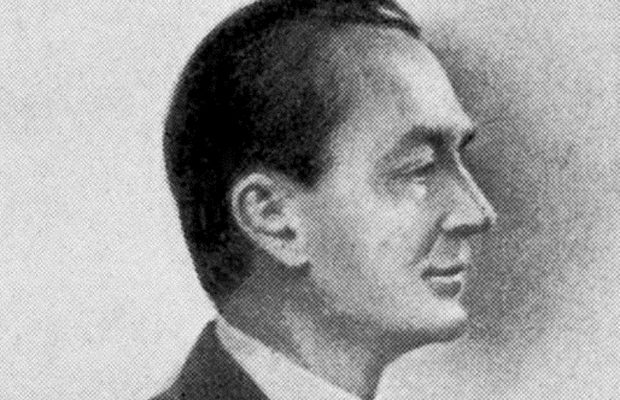 In the early years of the Great War, the Germans had total air superiority. In spite of constant improvements, Allied aircraft were outgunned and outmatched. But everything will change when a revolutionary invention by a Roman scientist is introduced.

In the early months of the First World War, military leaders did not put much faith in the combat possibilities of airplanes. Rather, they were considered mere reconnaissance tools to be used for missions to investigate enemy lines and monitor enemy troop movements. They were not mistaken, as they excelled in that role.

The march of progress

The aeronautical innovations of the time were a part of a wider set of new technologies that were making their appearance on the battlefields of the First World War.However, while some progressed rapidly, a large number of complementary technologies, with large potential, had a slower pace of development, especially in the field of communications.

By combining precise artillery fire with accurate pinpointing by the aviation the battlefield became even more dangerous for the troops on the ground, but the aviators themselves did not want to be relegated to mere reconnaissance roles.

Each side was irritated by the frequent and unbridled incursions of opponents in their own airspace.Daring pilots began to harass their enemies, flying perilously close to them, wanting to scare them off, and in this way to refuse them the information they would have gathered.

This harassment degenerated into air battles when pilots started using revolvers and even grenades. With a hand on the flying stick and the other shooting his revolver, the aviator could only hope that a stray shot will hit the opponent.Pilots quickly realizedhow ineffective this method was and as a result, there was a growing need for a practical solution to arm their aircrafts.

Machineguns piqued the interest pilots because they saw that if the weapons were put in front of the cockpit and over the engine, by tilting the airplane they could aim and shoot the way the plane was moving. The main problem were the propellers that were in the machinegun’s line of fire. For two-seaters a solution was found. The co-pilot was securely strapped in so he could sit up during flight while wielding the weapon.

In the meantime, other pilots thought it would be a good idea to fix their guns on the wings, yet they were quickly convinced that they were still quite fragile and there was a high risk of them braking due to stress.

Some flight engineers completely avoided the problem. They changed the airplane configuration by moving the propellers behind the engine, but the speed and manoeuvrability was greatly reduced and quickly dropped the idea.

The pioneering of Roland Garros

The engineer Raymond Saulnier was working on a mechanism by which a machinegun could fire in the interval between the propeller’s rotation, which is why he was contacted by the French aviator Roland Garros in order to modify his plane. Saulnier was not satisfied with his mechanism, because he couldn’t synchronize it and bullets sometimes struck the propeller. As a result, he strengthened the propellers, dressing them in a metallic casing. Thus, Roland Garros, in his modified airplane, was able to shoot down three German aircraft.

However, after being forced to land behind enemy lines, the plane is captured and reverse engineered by the Germans led by the famous Anthony Fokker.

Inspired by the French design, relying on his own research for a similar device, a functional synchronization mechanism is built.

Between 1915 and 1916, French and British aviators endured the so-called “Fokker Scourge”. During the “Bloody April” of 1916, about three hundred British airplanes were shot down and more than four hundred pilots are captured, injured or killed.

Even though German airplanes were likewise captured by the Allies and the playing field was somewhat levelled, the invention that allowed them to gain the upper hand until the end of the war belongs to the Roman scientist George Constantinescu.

George Constantinescu had presented himself to the British Inventions Committee with a project to heat the trenches based on liquid compressibility, an idea stemming from the laws of his unconventional theory of sonics.

He wasn’t taken seriously by the committee, because liquids could not be compressible, or at least that was believed at that time, and his project was rejected.

Major G.C. Colley, arriving late for the committee tripped over some files and he noticed Constantinescu’s project.

Intrigued by his novel ideas, that mechanical energy can be transmitted through vibrations, he decides to make a visit to his laboratory in a district of the British capital.

Following his meeting with George Constantinescu, Major Colley tried to induce the Inventions Committee to re-evaluate the Romanian scientist’s theories, but to no avail.

Over the next few weeks the two met discussing various ways in which the theory of sonics could be put to good use. Following their conversations, they had the idea of ​​creating a synchronization gear for the machine guns used by airplanes. Constantinescu started working, and in a week or so, he had already created a prototype. Major Colley puts him in contact with officers of the Military Aeronautics Department, who are impressed by the first tests of the mechanism.

Following the successful use of Constantinescu’s synchronization gear on an airplane in August 1916, senior British Army officials were convinced of its qualities and inherent superiority to mechanical gears.

By the end of 1917, more than 5.000 airplanes were equipped with the Constantinescu-Colley gear. In the following year, another 20.000 followed. In total, more than 50.000 were equipped and became a standard component not only for the British air force, but also in the United States.

In the case of mechanical synchronization gears, when the pilot switched on a breaker, a metal plate at the end of the mechanism was pushed onto a disk of the engine, and the cam, a protrusion on that disk and inside the propeller’s arc, raised the activation plate allowing the machinegun to fire when the propeller was not in its path. It was an ingenious but extremely vulnerable mechanism. The thin metal plates could be destroyed by overuse or could altogether miss the cam due to dilation caused by excessive heat.

Constantinescu replaced the whole mechanical activation assembly by a system of tubes, filled with different oils, which connected the flying stick with the synchronization gear. When the device was started, the vibrations caused by the cam travelled back through this assembly to a device that activated the machine gun trigger.

The mechanism demonstrated exceptional flexibility as it did not limit the firing speed or propeller rotation, and could be equipped on an almost unlimited number of airplanes.

The Germans never managed to recreate Constantinescu’s mechanism and the details of the theory of sonics were a state secret until the end of the war.

In this way, the British not only took the initiative, but by the end of the war they held total supremacy of the air. Vice-marshal John Salmond, the head of the British Air Force on the Western Front, was convinced that without Constantinescu’s gear the British would not have prevailed in the air war against the Germans.

Constantinescu’s gear was in use up until the beginning of the Second World War, the last model being the Gloster Gladiator, launched in 1937. More so, during the first months of the war, there were plenty of aircraft that still used the Romanian’s invention.