Dobruja through the eyes of a general, “the fatigue of those who retreated with so much hardship and suffering” 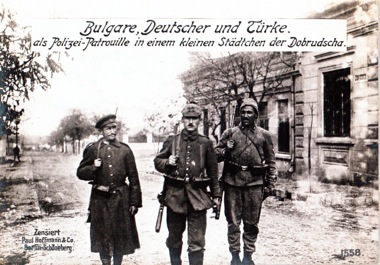 Dobruja through the eyes of a general, “the fatigue of those who retreated with so much hardship and suffering”

Romulus Scărișoreanu bravely led the 5th Călărași Brigade in the Dobruja campaign of 1916, for which he was decorated with the Order of Michael the Brave. But the battles at Caramurat in October 1916 left a big impression on him, writing down in his diary many of his impressions relating to them.

“There is an indescribable crowd of troops and carriages in Caramurat; in the streets of the village travelling is made very difficult even for infantry troops. Especially the road that crossed the village was completely blocked by carriages, which made it impossible for the horses and the carriages of the cavalry regiments to enter that village. A small and cold rain added even more to the fatigue of those who retreated with so much hardship and suffering; especially to the unfortunate civilian population, mostly elders, women and children, all of them Romanians, as those of different nationality did not even bother to leave their homes”, writes the general.

General Romulus Scărișoreanu also records the state of difficulty in which the Romanian army found itself, but also the population. “The 4th Călărași Brigade manages with great difficulty to gather at the northern exit of the village, where the horses are bound by the fences of the courtyards waiting for daylight to get them fed and to distribute food to them and to the people in the hope that the regimental train carriages will also be found among those in the village.

The units of the 9th Division, especially, were completely disorganized, due to panic, the great losses they had suffered in the number of dead, wounded, and prisoners, among whom were also senior officers, some of them regimental commanders. From this division, in relatively satisfactory conditions, were only the units of commander Constantin Frimu’s brigade. The commander of the 9th Division himself had disappeared from the battlefield on October 9, after the defeat he had suffered, and nothing is known about him.

Colonels were made prisoner in the rear-guard battles of Caramurat, which produced a total disorganization in all elements of the 9th Division, whose officers and troops, left without energetic rulers, are now trying to reach the bridges to cross the Danube as soon as possible, erected in Hârşova and Măcin”, writes Scărişoreanu.