Emperor Wilhelm II when he heard the news that Romania had entered the war: We have lost the war! 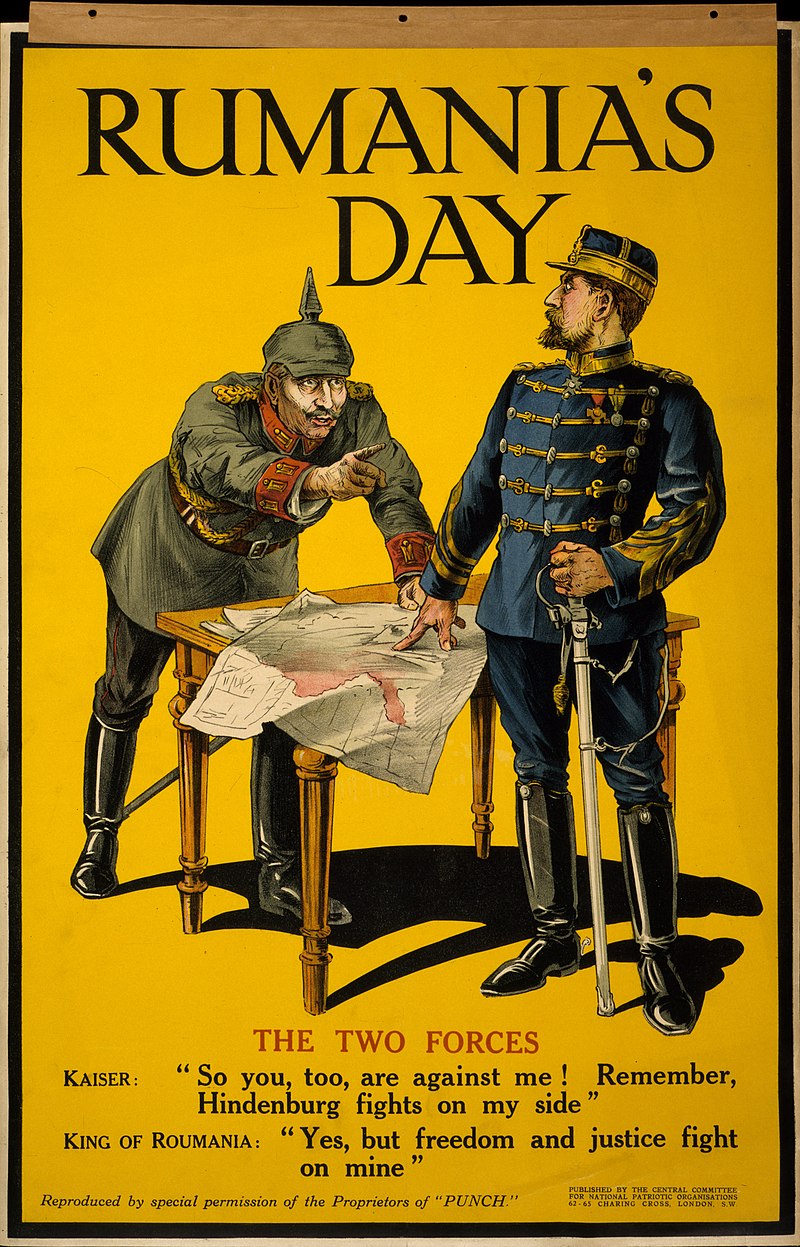 Two important political figures had a real shock at hearing the news that Romania declared war on Austria-Hungary. The first was the Emperor of Germany, Wilhelm II, and the second is the Austro-Hungarian ambassador to Bucharest, Count Ottokar Czernin.

Both Wilhelm II and Ottokar Czernin have always believed that the ethnic and familial ties of King Ferdinand, to the Hohenzollern house, with his relatives in Germany, will prevail over Romania’s campaign objectives towards Transylvania. As such, they considered that if Ionel Brătianu would engage Romania in war on the side of the Entente, King Ferdinand would be opposed and would replace Brătianu’s government with a Germanophile one led by philanthropist and conservative politician Titu Maiorescu. That is why the news that Romania entered the war on the side of the Entente created a real shock in Berlin and Vienna. The Austro-Hungarian telegrams showed how the news were received.

“We found out, strictly confidentially, from a source in the immediate entourage of Emperor Wilhelm II that the war declaration of Romania has totally infuriated the sovereign, because under the influence of the reports by the German plenipotentiary minister and of the military attaché in Bucharest, he would never have thought this could happen.

Under the first impression of this news, he told those around him that it is now over, war is permanently lost, and any other bloodshed is deprived of all hope and therefore unnecessary. The dismissal of Mr. Falkenhayn seems to be, first of all, due  to the fact that Emperor Wilhelm II made him bitter reproaches for not recognizing the menacing danger coming from Romania and doing nothing to avoid it.

Since the arrival of Field Marshal von Hindenburg, who was immediately called by telegram to Pless, the mood of the emperor had improved dramatically, and the situation, though extremely difficult and threatening, does not seem to him so hopeless anymore.”

Wilhelm II correctly identified that both the German Ambassador, Baron Hilmar von dem Bussche, and the Austro-Hungarian one, Count Ottokar Czernin, considered that until that moment the Romanian Prime Minister, Ionel Brătianu, wanted to enter the war on the side of the Entente, but were wrong about King Ferdinand, of the house of Hohenzollern, who they believed will be opposed.

But what did the Austro-Hungarian ambassador, Count Ottokar Czernin, think about the fact that he was deeply mistaken about Romania?

We can find that out from a telegram sent by Count Hadik, an Austro-Hungarian diplomat and ambassador in Sweden at that time, to the Austro-Hungarian Foreign Minister Stephan Burián von Rajecz.

“From Count Czernin, passing through here:

« Because I do not know which of my telegrams have arrived, I report the following:

On August 24, 1916, Russia gave an ultimatum: on one hand ample promises (Transylvania, Bukovina and, apparently, the mouths of the Danube), otherwise a hundred thousand soldiers will enter and Romania had to choose whether these soldiers will do so as enemies or as friends. At the Crown Council, the king presented things as a fait accompli. At the time when the Crown Council met, the legation ​​was already encircled by soldiers. Shortly before the Crown Council, Mr. Brătianu once again gave me his word of honour that he would remain in neutrality and, at the last moment, to avoid the responsibility if things were to go wrong, made the King liable. It seems unquestionable that Mr. Brătianu would have liked to stall for some time, but the long-awaited situation had come when the Entente would force him to act. At the Crown Council, Mr. P.P. Carp told the king he was committing a crime, and Titu Maiorescu spoke about it in the same way.”

With this report, Czernin either wanted to make excuses for the fact that Romania entered the war on the side of the Entente without him knowing about it, or that he was still misinformed. But the best way to characterize how mistaken was the German Ambassador, Baron Hilmar von dem Bussche, and the Austro-Hungarian one, Count Ottokar Czernin, was described by another ambassador, that of France in Bucharest, the Count of Saint- Aulaire, who in his memoirs says: “The Central Powers believed in Romania’s neutrality until the day of its mobilization. This says more about Brătianu’s authority than of the foresight of their representatives in Bucharest, Mr. von dem Bussche and Count Czernin, still considered the best diplomats of their countries. Soon they will both become ministers of foreign affairs”.