France, the main supporter of Romania at the Paris Peace Conference of 1919 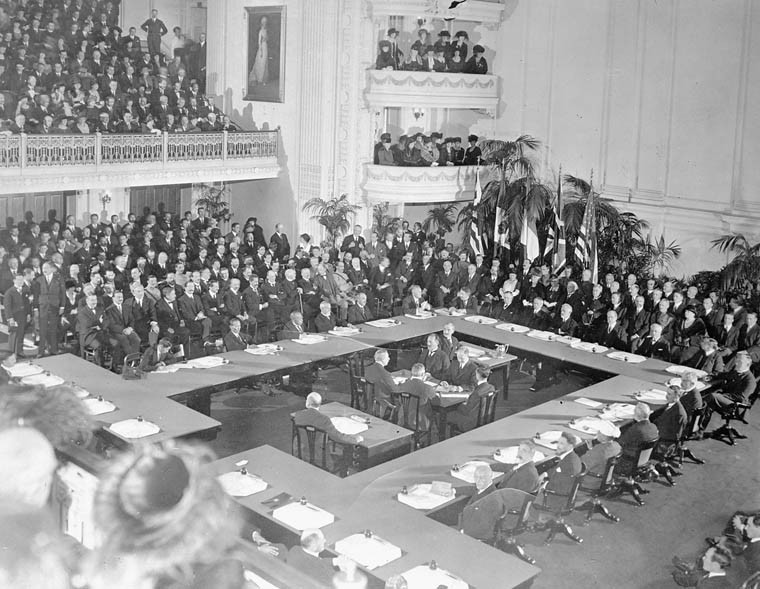 Despite the tumultuous relationship between French Prime Minister Georges Clemenceau and Romanian Prime Minister Ionel Brătianu, France supported the consolidation and recognition of a strong Romania. The interest of Paris in the area was dictated by two priorities. First, it was the creation of a “sanitary cordon” against Russian Bolshevism. The second was the creation of an anti-German eastern bloc made up of France’s allies from the region: Poland, Czechoslovakia, Romania and Yugoslavia.

At the Paris Peace Conference of 1919, the main objective of France was solving the German problem. Georges Clemenceau deliberately opened the conference at Versailles on January 18, the anniversary of the founding of the German Empire, established after the humiliating defeat of France in the Franco-Prussian War of 1870-1871. Historian Robert Gerwarth argues that: “Finding a solution to the «German problem», which had haunted Paris ever since, was considered a matter of both collective security and of meting out of justice: during the Great War, ten French departments suffered directly from the battles and from the occupation, huge regions in the north-east of the country being destroyed. Moreover, France had lost a quarter of its 18 to 27-year-old male population. Of all Western Allies, France was the most profoundly and most directly affected country by conflict”.

Even though the relationship between Georges Clemenceau and Ionel Brătianu was more than tumultuous, France supported Romania in its conflict with Hungary. When the regime of Béla Kun was installed in Hungary, the Supreme Council did not know what attitude to adopt. French General Foch presented himself to the Council with a huge map and showed that Romania was a key element in the struggle to prevent a strong Bolshevik front in Central Europe. Foch said the following: “Forget about the Whites in southern Russia, they have already lost. That’s why I must stress this: strengthen Romania, because there you have not only an army, but also a government and a people”. Wilson admitted he did not know how to proceed: “Officially, we are friends with the Hungarians and even better friends with the Romanians”. However, Clemenceau was concise: “The Hungarians are not our friends, but our enemies. Of all the peoples of former Austria-Hungary, they were the last to surrender”.

With the exception of the southern part of Banat, Romania obtained at the Paris Peace conference all the territories that the Allies had promised it in 1916. Thus, on December 10, 1919, Romania signed the Treaty of Saint Germain-en-Laye with Austria, through which the union of Bukovina with Romania was recognized. On the same day, the Romanian government signed the Neuilly Treaty with Bulgaria to reconfirm the Romanian-Bulgarian border of 1913. On June 4, 1920, the Treaty of Trianon with Hungary was signed, which consented to the unification of Transylvania with Romania. On October 28, 1920, the Treaty of Paris was signed, by which France, Great Britain, Italy and Japan recognized the unification of Bessarabia with Romania.

“All these gains were accompanied by serious problems”

US historian Glenn E. Torrey believes that, although Romania’s population and territory almost doubled in 1919, it nonetheless presented serious issues for Romania.

“In the final peace agreement, the Trianon Treaty (March 1920), a border was set at about 50 kilometres east of this line [the line promised by the Allies in 1916]. Following other Council decisions, Romania received Bukovina and half of Banat, which was divided with Yugoslavia. Even with these corrections, Romania received most of the territory it was promised in 1916. In addition, the Allied powers officially recognized the annexation of Bessarabia. These gains radically transformed Romania. Its territory had grown from about 150.000 square kilometres to nearly 300.000 square kilometres. Romania became the largest country in Southeast Europe. Its population grew from about 8 million to over 15 million. Of the nearly 3 million Romanians who lived in Hungary before the war, now there were 254.000 (including those living in Yugoslavia). Eventually, only 24.000 remained in Hungary after the war. At the same time, more than 1.500.000 Hungarians remained in Greater Romania, where they now represented almost 10% of the population. Together with other minorities, the non-Romanian population amounted to 30% of the total, compared to 8% before the war. With these annexations, the resources and economic potential also increased. All these gains were accompanied by serious problems, such as the alienation of minorities and the enmity of its neighbours, which affected Romania’s internal and external policy in the interwar period and in the years to come”.