From the telegrams of an ambassador: The disinformation of Ottokar Czernin

The Austro-Hungarian ambassador to Bucharest, Count Ottokar Czernin, knew from certain sources that Romania was involved in the summer of 1916 in a negotiation process with the Entente in order to enter the war against the Central Powers. Moreover, military reports showed that the Romanian army was preparing intensely to enter the conflict. In fact, Colonel Hans von Hammerstein reported that: “The Romanian army is on a war footing, grouping two-thirds of its offensive operational units against Transylvania and a third against Bulgaria. In the current rhythm, it may be ready to attack Transylvania by the end of August”.

Both the Austro-Hungarian ambassador, Count Ottokar Czernin and the German one, Baron Hilmar von dem Bussche, believed that, King Ferdinand, from the house of Hohenzollern, will most certainly oppose the Romanian Prime Minister, Ionel Brătianu, who wanted to enter the war on the side of the Entente.

In their opinion, and not only theirs, the ethnic and familial ties of the Romanian King with his relatives in Germany, would prevail over Romania’s overarching desire to unite with Transylvania. As such, the two sought supporters among the politicians in Bucharest. Czernin and Bussche hoped that if Ionel Brătianu wanted to engage Romania in a war on the side of the Entente, King Ferdinand would oppose him and replace Brătianu’s government with a Germanophile one led by philosopher and conservative politician Titu Maiorescu. Every information sent by Czernin to his government was based on this probability. But what did Czernin convey to Vienna, and what kind of replies did he receive back from the capital of the Austro-Hungarian Empire?

“From a person (on the entourage of the President of the Chamber of Deputies), who is in permanent contact with us, I found out that during the last ministerial council the external situation was discussed and it was decided to renounce neutrality in favour of the Entente. Plenipotentiary Minister of Romania in Paris, Emanuel Lahovary, received the mission to negotiate with Mr. Izvolski the terms of a treaty between Romania and Russia. This is done without the King’s knowledge, but he will be informed as soon as possible. Given the source of this news and the military situation of late, I immediately had a conversation with the King at Sinaia and, without naming the source, I informed him of what happened and asked for explanations. H.M. was extremely surprised and told me that he did not know anything about it, that no decision of the Council of Ministers could be adopted in this regard without his knowledge. (…) However, I do not think a Romanian attack is imminent, but only that Mr. Brătianu works feverishly to prepare for this eventuality in all respects.” 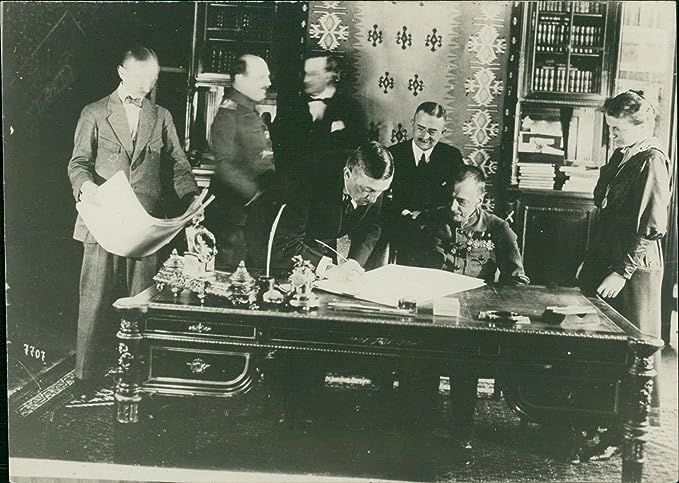 “Today I have drawn the attention of Mr. Brătianu that, in contradiction with the assurances he had given me, the deployments of troops continue on our borders and I showed him some of the data that was provided to me by the military attaché.

The prime minister denied everything in the most categorical manner and said they were army troops who were on leave for the harvest and who are now returning to their units. He pledged to inform me immediately if what I have pointed out is true. I have the impression that Mr. Brătianu tells me the truth and my fears that there are many things happening without his knowledge have only become even stronger.”

“Ex. V. You want to attract the attention of H.M. the King and to Mr. Brătianu on the fact that the concentration of Romanian troops at our borders has far exceeded what could be considered border protection. Romania is doing the Entente a service in this way, but at the same time it hasn’t decided to take any military action against Russia, which should have been done for a long time if the Romanian government really wanted to maintain a strict neutrality. (…)

Ex. V. You must not give to these declarations a threatening character, but to have this discussion in a serious, but friendly tone in regards to Romania.”

On August 26, 1916, the day before Romania declared war on Austro-Hungary, Czernin sent two telegrams to Vienna:

“For tomorrow morning, a crown council was convened to decide on peace or war. I was invited to an audience by H.M. the King that lasted an hour. (…) My impression is that the King hopes to maintain neutrality and even believes in it, but it is very possible for Brătianu to constrain the King in such a way that he will no longer be able to resist.”

“Brătianu, having talked to him for a long-time last night, categorically stated that he can, wants to and will remain neutral. The Crown Council of tomorrow will prove to me that he is telling the truth. The Crown Council of tomorrow was summoned against his will and alluded to Titu Maiorescu, who wants to remove him. Brătianu has repeatedly stated that under his leadership, Romania will enter the war only if attacked, and he believes that the Bulgarians have this intention.”