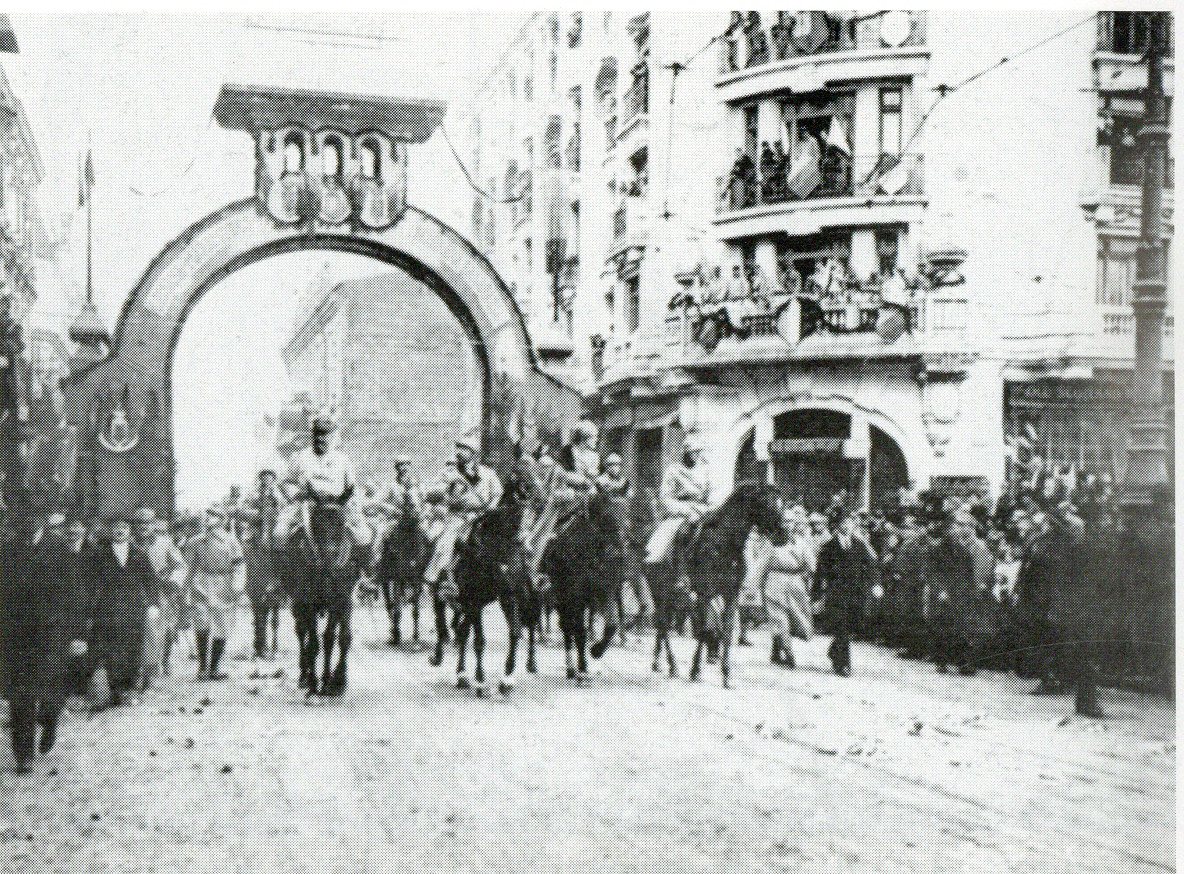 The French General Berthelot (1861-1931) bestirred a wave of sympathy and emulation among the Romanian people. In Romania, the general was at the head of the French military missions during the Great War, in the autumn of 1916 and during the winter between 1918-1919. He was given this prestigious position of great responsibility due to his military career, as a former commander of an army corps and as a strategist in the French major state; he was, in the end, appointed commander of the Orient Expedition.

After Romania entered the war in the summer of 1916 and after a flash campaign in Transylvania, the Romanian troops were thrown over the Carpathian Mountains by troops of the Central Power.  Furthermore, the southern front occupied by the German and Bulgarian troops obligated the government from Bucharest to concede and to take refuge in Moldova. In these circumstances, the Allies decided to send the first military mission to redress the front from Eastern Europe. General Berthelot was appointed at the head of this military mission. His activity in respect to “restoring the Romanian war material” and to consolidate the defence line on the Siret River, as well as to support the “Romanian cause” in general made him a true saviour, a liberator and a culture hero in the eyes of the Romanian people. The gratitude of the Romanians was unchanged after the end of the war; the general received different titles, honours and donations. His death in 1931 was a national day of remembrance and the secular, political and cultural officials, as well as the church took part in these events.

However, the Romanian people’s affection for the general was manifested from the beginning of his presence at the head of the military mission. After he returned on the eastern front at the middle of October 1918, he managed to push back the German troops and to establish his headquarters in Bucharest. Thus, from there, at the end of December, he set off on a journey in the western parts of today’s Romania, from Orșova towards Timișoara, Oradea, Cluj and Sibiu. The Romanian population manifested their excitement in all the stops made by the special train with which the general was travelling, so much so that, according to a journalist of that time, “a pen could never be able to describe such a fervour” that animated the people of those towns. The Romanians’ affection and the wave of sympathy can have several explanations. First, it could be explained through the general’s prestige gained during his first residence in Iași. Undoubtedly, the chaos produced by the fall of Russia after the eruption of the Bolshevik Revolution, the Bolshevik threat, together with “the terrible rule of the German armies” and, in the regions of Banat that had been visited by the general, “the terrible Serbian domination” are all different factors that transformed Berthelot into an providential character in the eyes of the Romanian people. Ultimately, he was a representative of the Allies and, more importantly, he was French. Thus, his enthusiastic welcoming became “a Romanian duty to properly welcome him as an emissary of France”. The Allies’ victory, on which “the fate of human civilisation” depended, intensified the general’s image as a liberator. On the one hand, he was a liberator who removed the burden of a long and difficult war and, on the other hand, a liberator of the Romanian nation who was now united within the same state. The devotion to the “Latin brother from the east” could be expressed freely, while until then, according to a journalist of that time, “the enslaved Romanians were together with the French only in their hearts, since any public manifestation of our sympathies would have been punished with imprisonment and internment”. The equivalence between General Berthelot and the “Latin brother” is also present in at the level of the rural imagination. A peasant from Călugăreni recounted: “no matter what they say, these Frenchmen are part of our people… they’ve been here for just a few days, the leave, they return, they pass by, the come in, they go out… and our dogs do not bark at them!”

In the train stations and towns from Banat, General Berthelot was received grandiosely, “he was welcomed becomingly” by the Romanians. The newspaper “Românul”, published in Arad, noted that, after Orșova, “the Romanian heart could breathe more easily”. In Caransebeș, Bishop E. Cristea was leading the Romanians. After his speech, the quire lead by S. Golumba sang La Marseillaise, Pui de lei (Lion cubs), Trompetele răsună (The trumpets are ringing) and Deşteaptă-te Române (Awaken thee, Romanian). The same happened in Lugoj, “when the train entered the station, it was received with La Marseillaise march, sung in French by the university quire lead by young Zeno Vancea. It was followed by the new composition of the great and beloved Vidu – composed especially for the greeting of our brothers”. The same correspondent of the newspaper “Românul”, regarding the welcoming ceremony from Lugoj, noted that “a pen could never be able to describe such a fervour, one that Lugoj, from its foundation, has never seen and perhaps will never see again, except for, perhaps, were Michael the Brave II to visit”. The same celebrations were also held in Arad. In the train station, Berthelot was welcomed “with flowers by the Romanian young ladies, wearing our beautiful national costume. Mrs. Ispravnic handed him a bouquet of flowers and welcomes him in French. The general thanked her and kissed her on both cheeks. He then shook hands with all the ladies wearing the national costumes who then, together with the ladies, sprinkled flowers in his path. 7 Romanian officers dressed in Romanian costumes lowered 7 Allied flags in front of the general: Romanian, French, English, American, Italian, Belgian and Serbian”. In front of the “Crucea Albă” (“White Cross”) Hotel, where the reception took place, “the public aligned in front of the hotel and the standard bearers – holding the Romanian flag and the flags of the Allies – aligned at the entrance, on two rows. During the reception, the public sang national songs, acclaimed the general, the Allies and Greater Romania. It all looked like a deeply dignified celebration”.

The festive welcoming ceremonies organised for General Berthelot were marked by a few incidents. In Timișoara, where the special train arrived late in the evening, the Romanians were deterred from arriving to the train station by the Serbian troops. Severe incidents also occurred in Arad, incidents that resulted in deaths and injuries. In spite of these incidents, however, an atmosphere of celebration accompanied the French general on his journey at the end of 1918 and the beginning of the following year through the towns of Banat and Transylvania. The Romanians’ enthusiasm was noted in the newspapers of that time: “The Romanians celebrated with full hearts, national costumes, with clean hands and with their minds at ease”.