General Grigorescu, the hero of Mărășești, slain not by bullets, but by the Spanish flu 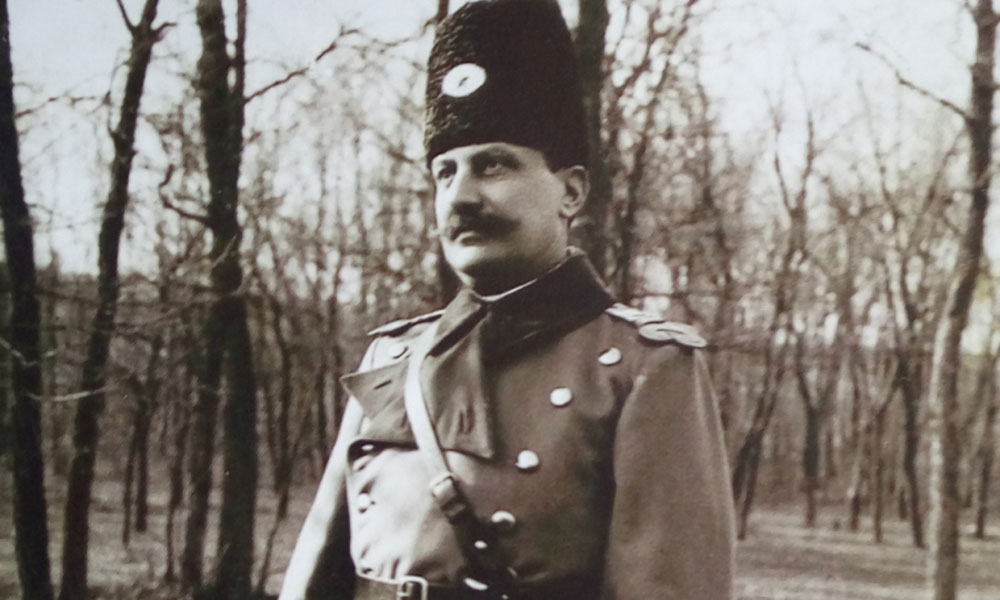 General Eremia Grigorescu is to this day one of the greatest commanders of the Romanian army. For his crucial role in the victories on the Romanian Front in the summer of 1917 he was decorated, towards the end of the war (October-November 1918), with the “Order of Michael the Brave”, 2nd class, and the head of the French military mission, Henri Mathias Berthelot, awarded him the “Legion of Honour”.

He graduated from the artillery section of the military school of officers in Bucharest in 1884 and the Bucharest officers’ and artillery applications school in 1886, according to the volume “The Little Encyclopaedia of the Great War 1914-1918” (Corinth Educational, 2014). He was sent to advanced training in France, where he attended the special school of administration for artillery of the French Ministry of War, and also attended courses at the mathematics faculty of the Sorbonne. Upon his return to the country, he published the study “Calculation of probabilities with application to firing holes”, becoming a consultant on various issues, such as the acquisition and modernization of the fighting materiel for the Romanian army or the fortifications of Bucharest.

He led and became involved in organizing the army’s powder storage in Dudești (1899-1904). In 1905 he was promoted to the rank of lieutenant-colonel and appointed to the artillery directorate of the Ministry of War. He was noted both as an organizer and as an outstanding teacher when he headed the school of artillery, engineering and marine (1907), and as a careful observer during general brigade manoeuvres.

He graduated from military school in 1884 with the rank of sub-lieutenant, reaching the rank of brigadier general when Romania entered the First World War in 1916. He was in command of the 15th Infantry Division, based in Dobrogea, when he confronted attacking German, Turkish and Bulgarian troops in the Arabagi sector. Transferred to the Carpathian line, where the pressure of the German and Austro-Hungarian forces became almost unbearable, Eremia Grigorescu led his division in the Battle of Oituz, which, fighting under the motto “One does not pass through here” was nicknamed the “Iron Division”. Major General Eremia Grigorescu received the command of the Oituz-Vrancea Group (1916-1917), of the 4th Army Corps (1917) and of the 6th Army Corps (June 1917) and, later, of the 1st Army (1917). His leadership strengthened the resolve of his troops and successfully resisted the fierce attacks of the German army led by General Friderich von Gerock (1916-1917).

The offensive of the German army in Mărăşeşti began on the morning of July 24/ August 6, with a violent artillery bombardment. After 14 days of heavy fighting, the 1st Romanian Army, initially in cooperation with several divisions of the Russian 4th Army, repulsed the strong offensive of the German army. The battle, through its duration, proportions and intensity, was the largest on the Romanian Front. The 1st Romanian Army led by General Constantin Cristescu (until July 30/ August 12), and then by General Eremia Grigorescu, had won a brilliant victory.

At the end of the war, General Kurt von Morgen, wrote in his memoirs: “The resistance of the enemy, especially of the Romanians, was unusually strong and manifested itself through 61 counter-attacks, during the 14 days of fighting. Most of them ended in bayonet fighting”. In the Romanian consciousness, the battle remains a milestone in the country’s history for the heroism shown by Romanian soldiers such as Captain Grigore Ignat and General Eremia Grigorescu, as well as the heroine from Mărășești, the second lieutenant Ecaterina Teodoroiu.

At the end of the battle, General Eremia Grigorescu, addressing the soldiers under his command, emphasized: “For almost two months, through the enduring resistance that you showed at Mărăşeşti and Muncelu in face of the enemy onslaught, you made the dreams of an easy conquest of the part that we have left of our dear country to be darkened… In Siret, in the fire of vindictive hatred, disregarding the sacrifice of blood, you have reaped the greatest of victories. You have made the glorious memory of the deeds of our ancestors to be revived in the minds of all. You have attracted the admiration of the whole world … From your blood will rise, clean and great, a Romanian country for all Romanians”.

For a short time he was part of the government led by General Constantin Coandă, as Minister of War (October 24-November 28, 1918).

General Eremia Grigorescu died shortly after the end of the war, at the age of 55, slain by the Spanish flu that had spread all around the planet.

He was buried in Mărăşeşti, initially in the village cemetery, then in the mausoleum erected between 1923-1938, on the site of the bloody battles.