General von Falkenhayn and the prelude to Blitzkrieg in Romania 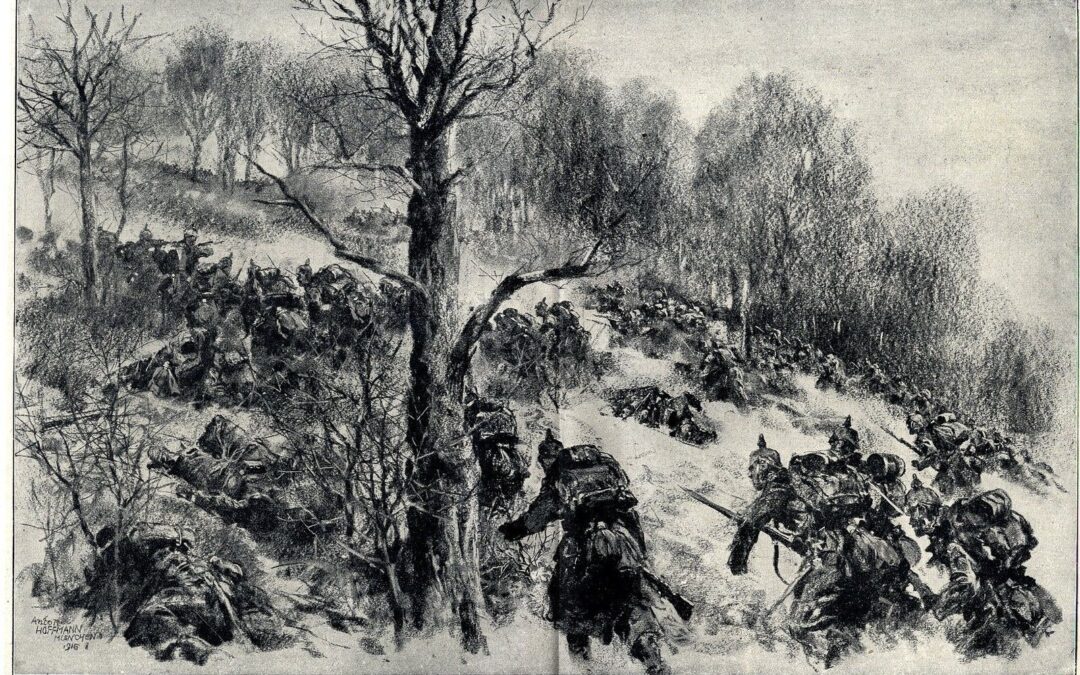 Historian Michael B. Barrett considers that the Austro-German campaign in Romania during 1916 can be considered a precursor to the Blitzkrieg of the Second World War. The man in charge with organizing and implementing the campaign was General Erich von Falkenhayn, the disgraced former Chief of the German General Staff.

The news that Romania had declared war on Austria-Hungary on August 27, 1916, produced shockwaves in both Vienna and Berlin. Emperor Wilhelm II himself had a nervous breakdown and declared that the war was lost to Germany. However, the German and Austro-Hungarian military leadership had foreseen this possibility and planned in advance, making several decisions, which Romania would pay dearly.

In fact, the Chief of the German General Staff, Erich von Falkenhayn, declared, in mid-August, that he “does not see any imminent danger” from Romania. He added: “I thought that Romania’s entry into the war, if it were to even happen this year, should take place after the harvest, that is, towards the end of September”. However, he misinterpreted Romania’s intentions and was replaced by Field Marshal Paul von Hindenburg and General Ludendorff.

Falkenhayn: The offensive must be done at an unprecedented speed

Erich von Falkenhayn was sent to Transylvania to stop the advance of the Romanian army. With the troops sent from other fronts, he created the German 9h Army, being perfectly aware that a success on this front could save his reputation in the eyes of the Kaiser. When he arrived in Transylvania in September 1916, von Falkenhayn told those in his staff that everything must be done at a speed never seen before, that the attacks have to be relentless so as to compensate for the numerical superiority of the Romanian forces. Winter was fast approaching and if the campaign failed to repel the Romanians and secure the Carpathian mountain passes, they would remain on Austro-Hungarian territory until 1917. The rapid, even reckless, advance, going in so far as to neglect the flanks to hasten the attack would become a rule and complicate matters for the Romanian soldiers. The blows to the flanks and to the rear threw them off balance, while the constant pressure and unending pursuit, prevented them from executing an effective response. These elements were used in the advance of General von Mackensen into Dobruja, but especially in the offensive undertaken by von Falkenhayn. Following the defeat of the Romanians in Transylvania, von Falkenhayn could no longer envelop their flanks due to the mountainous terrain of the Southern Carpathians and launched a frontal attack to break through the passes, relying on the mobility and speed of his infantry and cavalry to give no respite to the Romanian forces to organize.

Falkenhayn took the risk of exposing the flanks of his main units, in order to advance as quickly as possible behind the lines of the Romanian soldiers. He used cavalry to protect the columns of attack and to capture river crossings. Both cavalry and aircraft were used in reconnaissance missions. Combined arms proved unstoppable, being accompanied by mobile artillery, armoured vehicles and infantry on bicycles.

The offensive led by von Falkenhayn crushed three Romanian armies, captured the Romanian capital, Bucharest, destroyed 17 of the 23 infantry divisions at the disposal of the Romanian army, all this during a campaign that covered over 580 kilometres. Michael B. Barrett considered that “Romania was a prelude to what the whole world would discover in the years 1939-1941”.