German troops, on their way to Moldavia 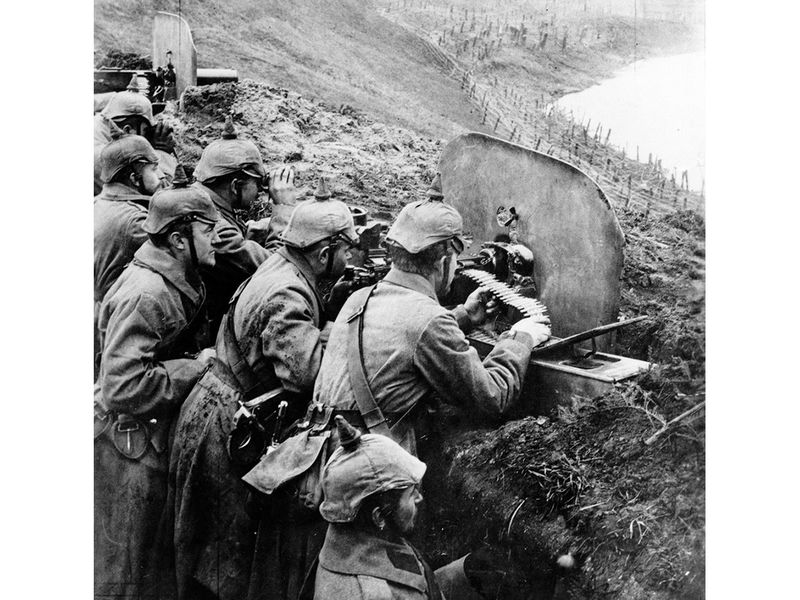 The Battle of Neajlov-Arges, or the Battle of Bucharest, could not save Romania’s capital from its occupation by the Central Powers. The Romanian army withdrew to Moldavia aiming to stabilize the line of the front. The rapid advance of the Central Powers to Moldavia forced the Russian Empire out of its lethargy and started to come more and more vigorously to the aid of the beleaguered Romanian troops.

The plan for the Battle of Bucharest was a bold one, envisioning a strong attack by the Romanian army at the junction of the two German groups, which in the case of a success would have forced the withdrawal of Mackensen’s group over the Danube and would have jeopardized the flank of von Falkenhayn’s forces. The plan succeeded in the initial phase, as Romanian forces surprised the Central Powers troops. However, after the capture by the Germans of the battle plans, the German, Bulgarian and Turkish forces managed to restore the situation and, having numerical superiority, forced the Romanians to withdraw.

The Romanian authorities left Bucharest (the government was relocated to Iași), and the Central Powers and their allies entered the capital on November 23/December 6.

Erich von Falkenhayn, the commander of the German 9th Army, was determined to completely destroy the Romanian army’s fighting capability after the Battle of Bucharest. He decided to advance to the east of Romania and reach the Siret river and the Moldavian fortification system before the coming of the winter and before Russian reinforcements could block any offensive actions against the Romanian army. With the rapid advance of the German troops, the Romanian army failed to withdraw in an orderly manner, as the Great General Headquarters wanted. Numerous divisions of the First Romanian Army were encircled, captured and destroyed by the Germans. However, the Romanian Second Army, commanded by General Alexandru Averescu, although it had suffered substantial losses, nonetheless managed a disciplined withdrawal. An unsuccessful attempt by the Romanian army to stop the German troops near Ploieşti convinced the Great General Headquarters to make a direct withdrawal to Râmnicu Sărat. At the same time, Romanian military leaders urged the Russian allies to occupy a large part of the front in order to stop the troops of the Central Powers from coming to Moldova.

On December 16, Falkenhayn stopped the 9th Army near Buzău for almost a week in preparation for the coming confrontation with the Romanian-Russian troops at Râmnicu Sărat. In spite of the delay offered by this temporary cessation of the German troop offensive, the Russo-Romanian forces failed to hold the city and on December 27, it was already in the hands of the Germans.

On the way to Focșani

After the loss of Râmnicu Sărat, the Russo-Romanian troops withdrew to Focşani and the Siret line. Despite Falkenhayn’s hesitation, the German Supreme Army Command insisted that the city of Focșani be taken by the German 9th Army. Falkenhayn had reservations because his troops were physically and morally exhausted and that “if only the Romanian army was confronted, it would have been able to defeat it with great probability, but the situation changed with the appearance of powerful Russian units”. Falkenhayn, too, admitted that if he gave up Focșani it was going to be the end “of the most brilliant campaign of the 9th Army”. To be able to motivate the soldiers to fight, Falkenhayn informed the commanders that “this offensive was going to be the last one”. Focșani was the gateway between Muntenia and Moldavia, an important strategic centre for a future Central Powers campaign in Moldavia. The most important battle was given for the 1.000-meter-high Odobeşti hill, which guarded the Putna Valley 13 kilometres northwest of Focșani, and which was taken by the Germans on January 7, 1917. That night, the first German troops entered Focșani and advanced towards the confluence of the Putna and the Siret rivers. Falkenhayn was pleased to have reached this line, but not the Supreme Army Command. It wanted him to cross the Putna river in order to link up with the 9th Army and the 1st Austro-Hungarian Army. Falkenhayn argued that the state of exhaustion of the men under his command and the coming of winter made it impossible to initiate other operations, but especially because some of his most important units were to be transferred to other fronts. This is the time when the 9th Army went on the defensive until the summer of 1917.