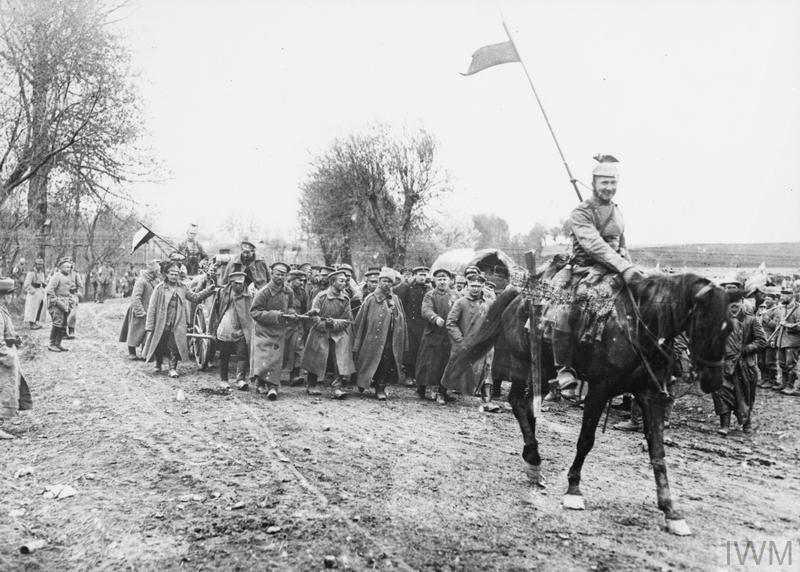 Three military campaigns in the First World War are strikingly similar to what would become known in the Second World War as Blitzkrieg. The campaign of the Germans and Austro-Hungarians at Gorlice-Tarnów, the one at Caporetto, and especially the one in Romania in 1916 determined historian Michael B. Barrett to claim that the prelude to the Blitzkrieg took place in the First World War.

The essence of the Blitzkrieg was not just about speed. Blitzkrieg means the use of combined arms aimed at piercing the enemy’s ability to react, penetrating deep into vulnerable areas behind the front with speed and mobility to confuse and paralyze enemy commanders. Such actions involved the risk of exposing their flanks to enemy counterattacks. The speed of the advance kept the enemy confused, preventing any effort to coagulate a defensive line, stopping the enemy’s efforts to concentrate his forces, without giving him any chance to recover. Above all, it was important to thwart the enemy’s operational plans to cause paralysis of command.

The Caporetto campaign, planned by men who also fought against Romania

In north-eastern Italy in late 1917, during the 12th Battle of the Isonzo, also known as the Battle of Caporetto, German and Austrian armies penetrated the mountains and advanced rapidly over 110 kilometres inside Italy in just two weeks. The forward speed of German and Austrian troops was eight kilometres per day and they captured over 275.000 prisoners. The spearhead was the newly formed German 14th Army made up of the Alpine Corps Division and the Württemberg mountain battalion, units that tested these tactics in the Romanian campaign of 1916. The one who planned the Caporetto campaign was General Krafft, the Chief of Staff of the 14th Army. He was assisted in the planning by Lieutenant-Colonel Georg Wetzell of the OHL [Supreme Army Command]. Wetzell had been decorated with the “Pour le Merite” for his work during the Romanian campaign, which provided him with a level of understanding of the operational methods used there.

Even though the Gorlice-Tarnów, Romanian and Caporetto campaigns demonstrated the usefulness of rapid and persistent attacks with combined arms, while overcoming reinforced positions and resistance to penetrate vulnerable areas behind the enemy lines, in order to disorganize supply and communications, these tactics did not offer a strategy for winning the war. They were developed too late and were used mainly only on the Eastern Front.