How bolsheviks get a chance in revolutionary Russia? 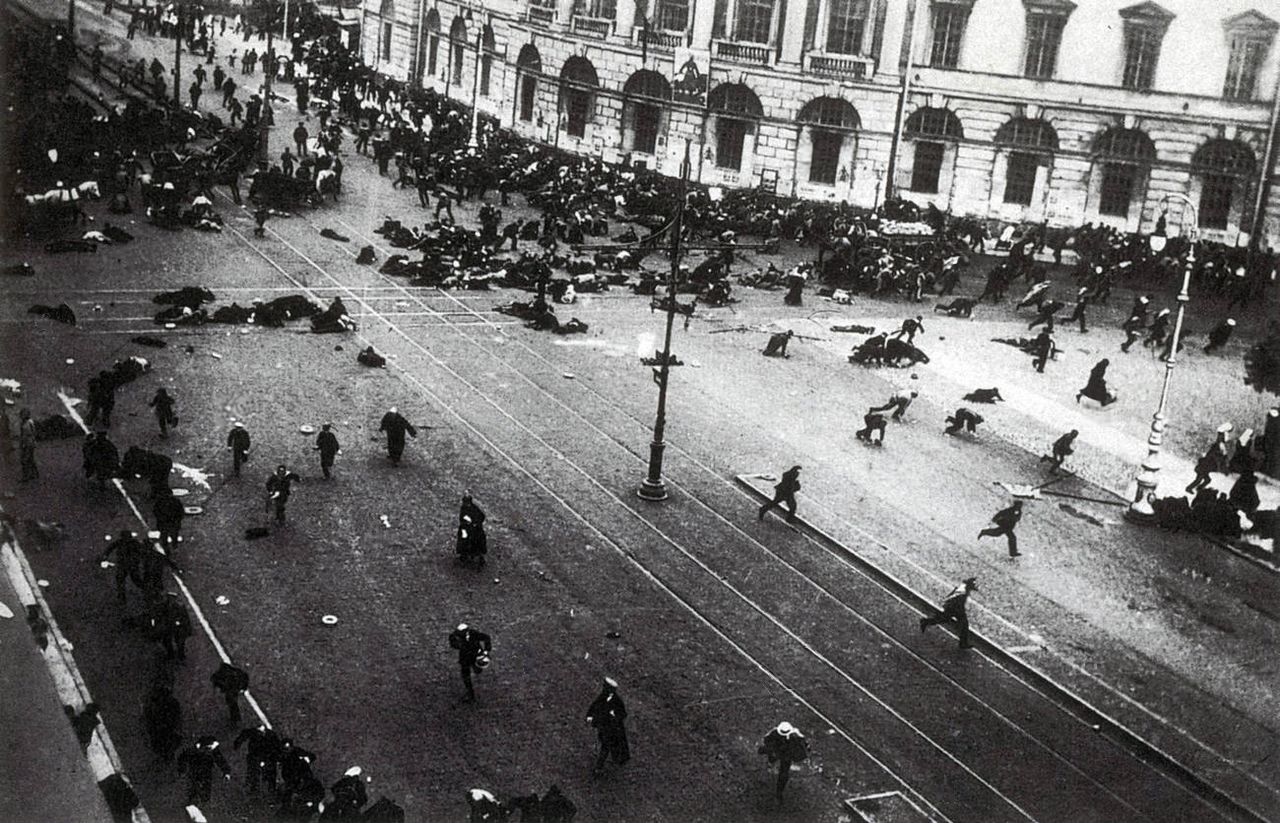 The “July Days” in Petrograd, as they became known, changed the direction of the political drift in the Russian capital, but did not immediately foretell the country’s exit from the First World War. The provisional government that followed the abdication of Tsar Nicholas II was headed as prime minister by Prince Georgy Lvov, a benign country gentleman with a notion that the Russian people would determine their future without difficulty.

A member of the Duma, Lvov’s previous experience of political power extended no farther than being leader of the Unions of Zemstvos (institutions) that helped to supply the military and tend the wounded arriving from the front. Western capitals drew hope of moderate political policies from his title and perhaps a vigorous pursuit of war against Germany on the Eastern Front. They were to be disappointed.

Finding it impossible to reconcile the different aspirations of the various parties, particularly the socialists and Bolsheviks, he resigned on July 17 to give way to Alexander Kerensky, the minister of war, a man of impeccable socialist credentials, but also a pragmatist in search of power. A lawyer by profession, Kerensky was a persuasive orator and had a reputation as an adroit operator in the Duma, and in dealing with the competing socialist factions and the Bolsheviks. While minister of justice he had arranged for the body of the tsarina’s confidant Gregori Rasputin, murdered by royalists in December 1916, to be exhumed and reburied in a secret spot to prevent it from becoming a shrine. However, the plot was bungled and the corpse had to be hastily burnt in a convenient boilerhouse.

Confident in his popularity within the ranks of the army, thanks to his socialist background, Kerensky retained the war ministry portfolio and set about putting in place men he believed most likely to continue the prosecution of the war, an aim all parties vehemently supported — other than the Bolsheviks who kept quiet on the issue. Regiments of the Petrograd garrison demanded that the war continue, certain in the knowledge that their security duties in the capital precluded their dispatch to the front.

Those manning the trenches had been impressed by Kerensky because he had taken the trouble to visit them in the line as war minister to enthuse them in readiness for his contribution to the Allied push. The Kerensky offensive met with initial success when launched in June 1917, pushing back the Austrians towards Lemberg. After a few days the victorious troops decided they had done their share and regiments in reserve declined to relieve them. Reinforced by German divisions from the Western Front, the Austrians counterattacked to take the ground lost and more beyond. Romania, which had unwisely entered the war on the side of the Entente, received a drubbing north of the Danube. In summary, the situation of the Eastern Front was uniformly bad, large-scale desertions resumed and enthusiasm for war rose only in the breasts of those not involved in the fighting.

On becoming prime minister, Kerensky sacked General Alexei Brusilov as commander-in-chief, despite having appointed him while war minister, believing him to have become defeatist after the ultimate failure of his offensive. He replaced him with General Lavr Kornilov, a Siberian Cossack of proven military experience, including the Russo-Japanese war, and a strict disciplinarian who favoured corporal punishment and the death sentence.

As soon as Kornilov’s name became prominent, doubts about his Cossack background abounded in a manner commonplace today. It was alleged that he was an adopted foundling and that his mother was a Polish woman of obscure origin. Shrewdly he declined to challenge these allegations. As a young lieutenant he had shown significant enterprise by leading expeditions into Turkestan, Persia and Afghanistan, actions that would be sure to draw him to the attention of the tsar, who had great interest in territories on his wilder borders. Kornilov had the useful knack of picking up local languages and dialects. Formerly a staunch supporter of the Tsar, he had pledged his support, almost certainly reluctantly, to the provisional government. He was feared rather than admired by his subordinates, but his appointment met with widespread support among former tsarist officers.

Kerensky knew Kornilov well from the latter’s time as Petrograd garrison commander when he had demanded far-reaching military reforms. While such reforms would be popular with moderate opinion, they were directly opposed to everything the Bolsheviks wished to see. Kerensky had therefore procrastinated, even after taking over as prime minister and appointing Kornilov as commander-in-chief.

Emboldened by the strength and rhetoric of his supporters, Kornilov took soundings from Russian financiers and divisional commanders on whom he felt he could rely, before discreetly letting it be known that he intended to march on Petrograd and take control of the capital on behalf of the provisional government. This, he firmly alleged, was on Kerensky’s orders. Despite the prime minister’s reputation for scheming to stay in power, it seems unlikely that he gave Kornilov any such instructions because he knew it could result in a violent reaction from the extreme socialists and Bolsheviks, much as he would have welcomed the dispersal of the Petrograd Soviet and the Bolshevik agitators. Informed of Kornilov’s plan, he telegraphed him asking for a clear statement of his intentions. Kornilov responded in such an oblique manner that Kerensky concluded a military coup led by Kornilov was imminent, abruptly dismissed him as commander-in-chief and called on the Petrograd Soviet to protect the provisional government should Kornilov proceed to move against the city.

The Soviet acted promptly by informing their delegates, agents and organisers in units known or suspected of loyalty to Kornilov of the situation and instructing them to obstruct any orders that appeared to be in support of a military occupation of the capital. Meanwhile, in Petrograd, politicised regiments and Bolshevik Red Guards were issued with ammunition, with instructions to guard the city from its outer limits against any assault. Even more significantly and almost certainly on the orders of Kerensky, Leon Trotsky and other prominent Bolsheviks were released from prison.

As there is no clear evidence of whether Kerensky initiated the plan for Kornilov to march on Petrograd or, if so, what he hoped the outcome might be, it is difficult to allocate blame in this affair, equally to assess what would have been the outcome. Civil war would seem to have been the most likely result if Kornilov had reached the capital with a significant number of troops in support. As it was, the march began, but support for Kornilov dwindled away or was not forthcoming from anticipated sources and his coup attempt, if that was what it was, collapsed. His dismissal as commander-in-chief and imprisonment sent a clear signal to western capitals that Russia was no longer fighting a war against Germany, but the details of the armistice and who kept what lands had to be thrashed out in tortuous negotiations at Brest-Litovsk later in the year.