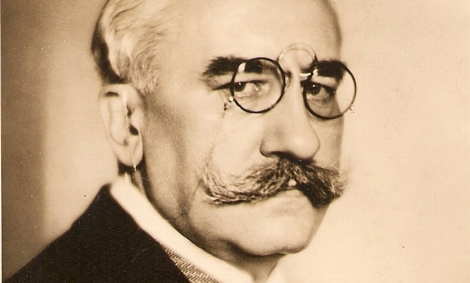 After the fall of the Vaida Voevod government in November 1933, the leadership of the party was taken over by Ion Mihalache. His bad relation with King Carol II led to the breakup of the party and in February 1935 a splinter group, the Romanian Front, was founded. Vaida’s new formation politically supported the king in all of his proposals to change society and Romanian politics, including in 1938, when a new Constitution was adopted, which dissolved political parties. In 1938, Vaida Voevod is named royal counsellor and the next year he is elected president of the Assembly of Deputies. In 1940, in the last months of the king’s reign, he was also appointed head of the National Renaissance Front, the only political party allowed in the state at that time.

In 1940, Alexandru Vaida Voevod was forced to flee to Sibiu. After the king’s departure from power, he also fell into disgrace. In addition to the Antonescu regime, the war had come, the Vienna Dictate had taken place, and soon Russian boots were seen on the horizon. Vaida Voevod withdrew in those years to his house, searching for his peace, writing his memoirs. “Every evening, after dinner, the radio was steadily searching for London Radio, America’s Voice and other stations until one o’clock at night. Then he went to bed, meaning he was lying in bed and reading until after an hour or two later he fell asleep with the book on his chest and the lamp on” his nephew Ioan German said.

On March 24, 1945, he was arrested by the Securitate in Sibiu. On the same day, a local pro-communist newspaper, România viitoare fought him in the purest Bolshevik style. Under the title “Dr. Alex. Vaida Voevod was finally arrested”itwas running an accusation that, according to the historian Liviu Maior, in the volume Alexandru Vaida Voevod. Putere și defăimare, was the basis for his prosecution by the Securitate: “The sinister figure of the corrupt and reactionary politician of Romania, a lamentable part of all the so-called «nationalist» regimes, profiting from the sweat of the peasant and worker of this country, Dr. Alex. Vaida Voevod was finally arrested and is meditating deeper than he had done before in the well-lined armchairs of various ministries and councils. He will be given enough time to remember with his smoking pipe between his teeth, twirling his moustache aged by all of his misdeeds and sins”.

He was accused of the deaths of the miners in Lupeni and of the workers from Grivița, and even for the victims of the battles of Mărăști and Mărășești. He was also accused of being the “godfather of the Iron Guard monster” who had used political assassinations in the interwar years. And in the end, Vaida Voevod was called a supporter of Hitler and accused of jubilation at the loss of Transylvania, for which he had struggled to ensure its unification with Romania only two decades prior: “Stigmatized by a free and conscious nation, the Olpret castellan will no longer find a consolation this time in reading the insipid Mein Kampf of the demented Hitler, as some now say that he was comforted by the loss of North Transylvania.”

The day after his arrest, a search was made. The report of the Sibiu Securitate showed he had a few things for everyday use: “notebook/ memoirs; an atlas/ Der Kleine Welt Atlas; a book with various letters and notes; one book/ Luptele și jertfele pentru Ardeal; a booklet with various letters and notes; two notebooks with various notes; a radio/ Telefunchen”. On March 30, 1945, quaestor Gheorghe Crăciun, the Soviet-born zealous Securitate officer, drew up the verbatim report accusing Vaida Voevod and demanded his punishment: “[…] the guilt of Dr. Al. Vaida Voevod who committed serious acts against the working masses, organizing the assassination of innocent workers who, in Lupeni and Grivița, dared to manifest for the democratic ideas they had. Guilty of the disaster of the country through bad propaganda by deceiving the people”.