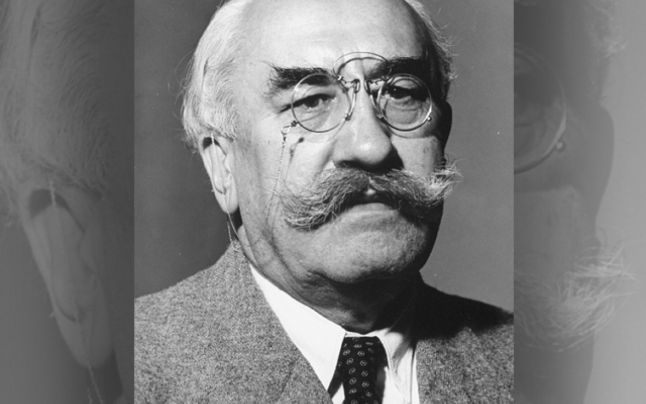 Vaida Voevod stepped back into the limelight in the 1930’s. In the morning of June 6, 1930, Carol II of Romania sent the following disturbing telegram: “I’m arriving with the whole family. Gicu” and in the evening he arrived in Bucharest, at Băneasa airport, along with his Madam, Elena Lupescu. Suddenly, a major political crisis began, which began to destabilize not only the government but also the political parties. Those supporting the return of the former prince were promised ministerial portfolios. G. G. Mironescu, Alexandru Vaida Voevod and Armand Călinescu were among the supporters of the new king. In that moment there was a break in relations between Vaida and Maniu and Vaida remained one of the king’s closest political allies until the end of his political career.

Great crises of the Vaida government

The reign of king Carol II was marked by many unstable governments. Maniu resigned as president of the National Peasant’s Party, and Vaida Voevod became the leading figure of the party. He received the post of prime minister in the summer of 1932, but resigned in October, the same year. Maniu was then appointed head of government, but when it was clear that he could not reconcile with the king, on January 14, 1933, Alexandru Vaida Voevod returned as prime minister. Vaida’s second mandate was overwhelmed by countless political and social crises. In March 1933, the trial for the “Skoda Affair” was started, probably the most notable public scandal of the interwar period, that was on the first page of the newspapers and the subject of debates in the Parliament for the better part of a year.

Besides these, one month after his inauguration as prime minister, the workers from the Grivița workshops went on strike, due to poor working conditions and poor salaries. The strike quickly degenerated and violent clashes started between the railway workers and police forces, politically coordinated by Armand Călinescu. Seven deaths were recorded as a result and Vaida’s government lost credibility. Because of these political and social crises, as well as unpopular economic measures- the Great Depression had taken place in 1929, and its effects on the world stage were still being felt – the Vaida government was forced to resign on November 9, 1933.

The signs of the resignation were not so obvious at first. “November 6. On the occasion of the sanctification of the cathedral in Cluj, Prime Minister Vaida arrived here with five ministers and three state under-secretaries. (…) The ministers- of course! – denied these rumours about a coming government crisis” the November 8, 1933 edition of the Universul newspaper wrote. On the same day, however, it announced that Vaida Voevod was expected in Sinaia, a visit in which he had to explain the rumours that had persisted in the last few days: “The nervousness of the government was caused in particular by the persistent news of yesterday, that Mr. Al. Vaida decided to present to the king the government’s resignation”.

The long-awaited meeting was also reported in the Universul on November 9: “Sinaia, November 7. It was a busy day for the government at Sinaia. Mr. Prime Minister Vaida arrived in Sinaia at six o’clock in the morning, by train, in view of the audience arranged by the Sovereign. (…) In connection with the resignation of the government, he stated that such a situation would arise only if: 1) he would be sick and he was not; 2) if he lost the Crown’s confidence; 3) if there was no confidence in Parliament for the government. (…) Mr. Prime Minister Vaida was received at five minutes past five minutes and left the castle at seven o’clock in the evening. Welcomed by journalists, Mr. Vaida said: “I presented the political situation to the Sovereign as I saw it, and His Majesty told me a lot of very interesting political news. I myself added a lot of interesting things too. This is the political situation at the moment.”

In just one day, the opening title of the Universul newspaper revealed a whole new reality: “The official announcement of the resignation is only a question of protocol. We are virtually in a full governmental crisis”. The same morning a meeting of the National Peasant’s Party leaders took place under the leadership of Vaida Voevod. There was no mystery anymore, the king had decided to withdraw his confidence in the government. There were already talks that the new mandate would be entrusted to the liberal Duca. “The situation created by the unexpected dismissal of the government was discussed and everyone- including Mr. Vaida- did not conceal the bitterness that, although they removed Mr. Iuliu Maniu, they were not kept in power, as they had hoped. At one o’clock, the session was over, and talks would continue at 6 o’clock. The ministers present were making fun of the situation, commenting on it. «You have», Mr. Armand Călinescu said, «to photograph us together! », «When we leave, we should take individual photos; it would be too sad together», Mr. Mirto intervenes” the Universul newspaper noted with great attention to detail on November 11, 1933.

On November 14, at the ceremony to appoint the government of I.G. Duca, the members of the former government presented themselves. “Government members gathered at the presidency of the Council where they were photographed as a group. Many times, the photographers had to intervene by saying respectfully: «Smile please! Please smile! ». So funereal were the figures of those who were leaving. At half past twelve Mr. Vaida presented himself at the royal palace and handed over to the Sovereign the text of the government’s resignation. H.M. the King gave Vaida the girdle of the “Order of King Ferdinand”, this was how the Universul was concluding the story of Vaida’s resignation, the last National Peasant’s Party government in the history of Romania.