How did Romania manage to trick the Central Powers regarding the moment in which it entered the war? 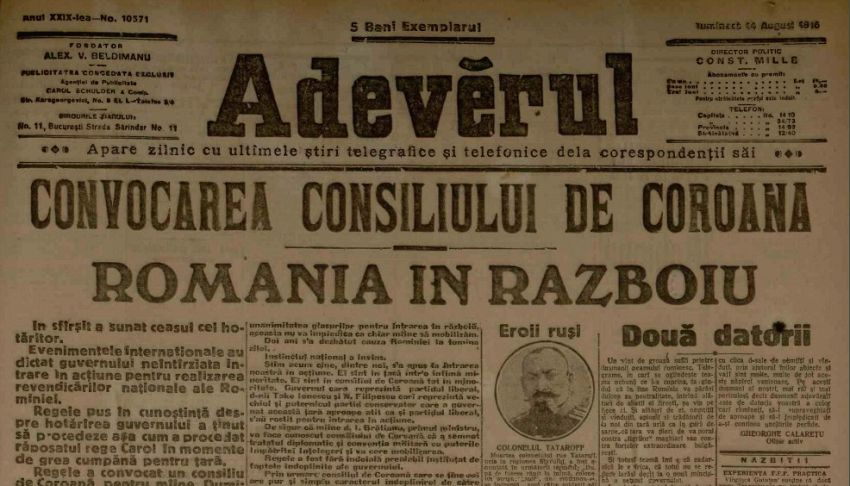 In August 1916, Romania decided to enter the First World War on the side of the Entente. In order to be able to use the element of surprise on the Central Powers, the authorities in Bucharest kept the utmost secrecy. Moreover, the Austro-Hungarian ambassador to Bucharest, Count Ottokar Czernin, and the German ambassador to Bucharest, Baron Hilmar von dem Bussche, some of the most influential and well-informed diplomats in Bucharest, became without being aware a source of misinformation for Vienna and Berlin. Extremely experienced, Czernin nonetheless fell quite easily in the trap laid down by Romanian authorities and was manipulated by “sources in which he had great confidence”.

Ottokar Czernin knew from certain sources that Romania was in the summer of 1916 in a vast negotiation process with the Entente to enter the war against the Central Powers. Moreover, the military reports of the Central Powers showed that the Romanian army was being intensely prepared to enter the conflict. Both the Austro-Hungarian ambassador to Bucharest, Count Ottokar Czernin and the German one, Baron Hilmar von dem Bussche, believed that, if Romanian Prime Minister Ionel Brătianu wanted to enter the war on the side of the Entente, King Ferdinand, from the House of Hohenzollern, will most certainly oppose him. In their opinion, the Romanian king’s ethnic and familial ties with his relatives in Germany prevailed over Romania’s campaign objectives towards Transylvania. As such, both sought supporters among the politicians in Bucharest.

Even at the beginning of August 1916, Czernin and Hilmar von dem Bussche still fell into the trap laid by Romanian authorities. In order to get more information about Romania’s intentions, the two called on their “trusted” man, Prince Barbu Ştirbey.

Who was Barbu Ştirbey and why did Czernin and Bussche have so much confidence in him?

Barbu Ştirbey was the administrator of the royal domains. But he also was the brother in law of Prime Minister Ionel Brătianu. Through him Brătianu, exerted an enormous influence on the royal couple. He was a rich landowner, a prosperous businessman, particularly handsome, sure of himself, and a renowned “seducer of women”. Queen Marie also fell victim to his charms, who found in Știrbey more than a lover, but a confidant. King Ferdinand of Romania not only tolerated this relationship, but also had a close friendship with Ştirbey. In 1914, Ştirbey was already the confidant and personal counselor of King Ferdinand. Romanian politician I.G. Duca characterized Ştirbey: “He had complete influence on the king as well as on the queen […]. He was the true sovereign of Romania. Thanks to Ştirbey, there was a close collaboration between the Romanian royal family and Brătianu between 1914-1916”.

What did Czernin send to Vienna from the information he received from Ştirbey?

Czernin told Vienna that if Ionel Brătianu will try to engage Romania in the war on the side of the Entente, King Ferdinand will most certainly oppose him and replace Brătianu’s government with a pro-German one headed by conservative politician Titu Maiorescu, who will ensure that Romania maintains its neutrality:

“Prince Ştirbey, who just came from the president minister, told the German plenipotentiary minister that the situation did not worsen. The tensions between the Entente and Mr. Brătianu, which arose a week ago, have only become stronger. Mr. Brătianu did not conclude an agreement with the Entente. If Brătianu did that, the King would not accept it, he would dismiss him, and call on Titu Maiorescu […].”