How did the Romanians saw the entrance of the United States in the First World War. The memoirs of I. G. Duca 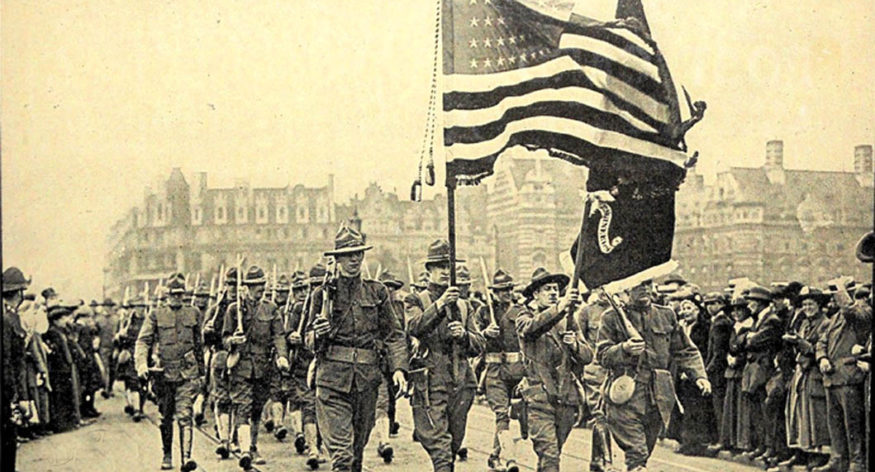 The year 1917 was crucial to the fate of the First World War. It was the year when the Central Powers were closest to winning the war, following successes on both the Western and Eastern fronts. In 1917, the fate of Romania was hanging by a thread, its army was destroyed, more than half of the country’s surface was occupied by the enemy, including the capital, Bucharest, and the King, the Government, the Parliament and the rest of the administration were in refuge in Iași. The collapse of Russia threatened to leave Romania without the only ally who could offer direct aid. In this context, the news of the entry of the United States into the war on the side of the Entente caused an “explosion of enthusiasm” in Iași, according to the testimony of the Minister of Public Instruction, I. G. Duca.

The February Revolution, after which Tsar Nicholas II abdicated, was viewed with concern in Iasi. The internal problems of Russia, and the increasingly tense relations with the Russian military stationed on Romanian territory, were predicting disaster for Romania. The news coming from Russia put the Romanian Government in front of an unexpected but increasingly acute problem: was Russia still a reliable ally, who will continue the war against the Central Powers? In this context, the news of the US entry into the war was received with enthusiasm by the political leadership of Romania, as noted by I. G. Duca in his memoirs:

”I really believe that at the end of March [1917] our illusions would have been completely shattered if on March 22 [April 6, new style] we would not have received the official news of the entrance into the war, on the side of our allies. and so, on our side, of the United States of America. Our joy- and rightly so- was immeasurable. We were all aware that at that moment the war was won, the last doubts in our souls were gone. In the face of a coalition in which the United States brought to bear its formidable military and financial means, it was mathematically impossible for Germany to resist. The duration of the war could be longer or shorter, the struggles, of the Romanians, in particular, could still be terrible, but the end result became indisputable”.

The US entry into the war was somewhat expected by Germany, given that the leaders in Berlin considered that the US economy was already involved in the Entente war effort. Under these conditions, on January 31, 1917, Germany declared total submarine warfare, announcing that it would sink any ship heading for British and French ports. It was a direct threat to the US, a fact that did not go unnoticed in Iași. Fact noted by the same I. G. Duca:

”To say that the entry into the war of the United States surprised us would be exaggerated, but just as inaccurate it would be to say that we were expecting to receive this news. For several months I saw that events were rushing towards a US entry into war. Indeed, after the end of December [1916], the Allies resolutely rejected peace proposals coming from the Central Powers. Wilhelm II decided to resort to submarine warfare and to this end he addressed to the neutrals a note informing that from February 1, new style, he will undertake this submarine warfare without mercy and without distinction against the belligerent vessels, as well as against neutral vessels”.

I. G. Duca’s expectations were confirmed. Following the sinking of three American merchant ships in March, US President Woodrow Wilson called on Congress on April 2 to approve the country’s war against Germany. On April 6, 1917, the United States declared war on Germany, bringing to bear its extraordinary economic potential and manpower. Although the US entry into the war was predictable, this remained a ”beautiful dream” until the beginning of April 1917, as noted by I. G. Duca:

”However, the US entry into the war was such a beautiful dream that we did not dare to be so sure that it would happen. Although the signs multiplied more and more. Firstly, the US had decided to arm the ships in order to defend itself against German attacks, and then, when the Kaiser’s submarines sank some of the ships, the outrage throughout the United States was so vivid that it seemed to be filled with a real war-like fervour. Of course, with these manifestations our hopes were reborn, but we still did not dare to let loose our ever increasing joy. In such conditions it is easy to understand what an explosion of enthusiasm was when the official telegram arrived in Iași”.