How did the Triple Entente manage to win the Great War? 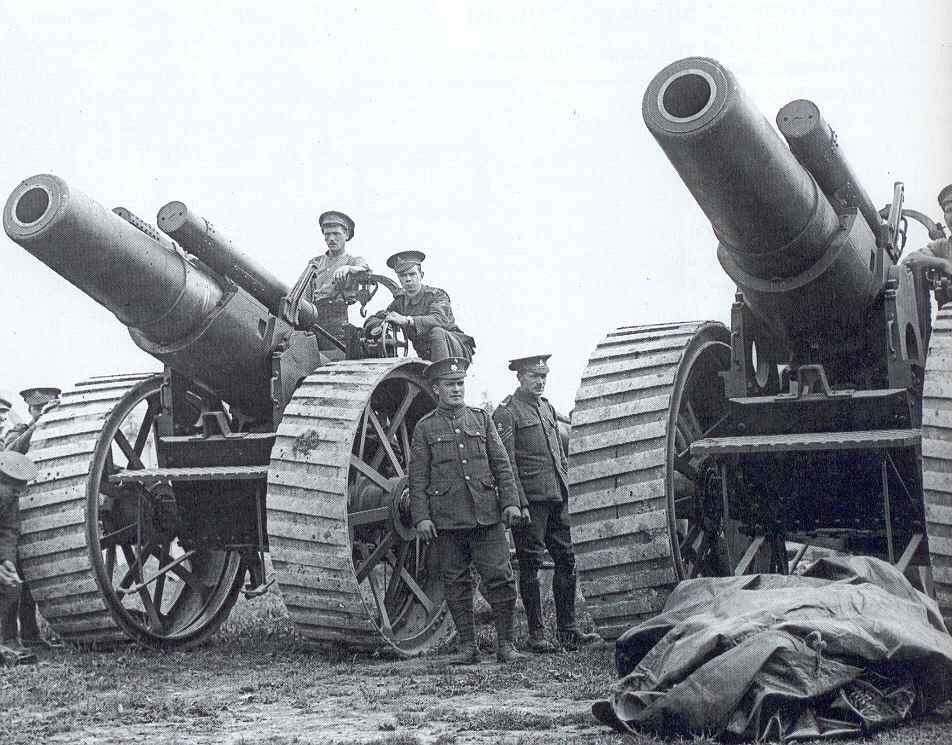 The First Total War in the History of Europe ended on November 11th, 1918, when the Armistice of Compiegne was signed. Although it was not perceived as such, the armistice was, in effect, a German surrender to the Allies. Because of the Allied offensive in the summer and autumn of 1918, the troops of the Kaiserreich were systematically defeated on French territory. At that point, the German leadership became aware of the fact that it tactically lost the fight.

Germany may seem victorious, but the US enters the war

At the end of 1917 and the beginning of 1918, Berlin was very close to a resounding victory over the Western Great Powers owing it also to the separate peace signed with Soviet Russia at Brest Litovsk on March, 3rd, 1918. The US entered the war as an Associate Power and initially, it did not deliver a crushing defeat on Germany. However, it limited the German, but extended the French and English possibilities of winning the war. Moreover, the US destroyed the 4-year-deadlock between the almost equal forces of the Central Powers and the Entente.

The fresh American forces first participated in the French counteroffensive on the Marne in July 1918. It was obvious that the exhausted troops of the Central Powers could not even begin to compete with them. This way, for the first time, the German soldiers deserted in large numbers, because they acknowledged to have been fighting in a war they had already lost. Under these circumstances, the German officers were unable to control their forces on the ground and this made the general Erich Ludendorff relinquish planning a counteroffensive against the superior armies of the Entente.

The Entente is superior in troops and arms

Before the American entrance in the war, Berlin was superior in troops on the Western Front with 300, 000 more soldiers than the Entente. However, the US brought almost 1, 600, 000 troops which made the Western Democracies have 200, 000 soldiers more than Berlin. Also, 1918 was the year when all the combatants reached the highest point in arms production, however, the Entente was superior whereas quantity and quality was concerned. In November 1918, the British Expeditionary Force had at its disposal 440 heavy artilery batteries in comparison with only 6 in 1914. Moreover, the Allies controlled and coordinated better and more precise a very fast and massive infantry. 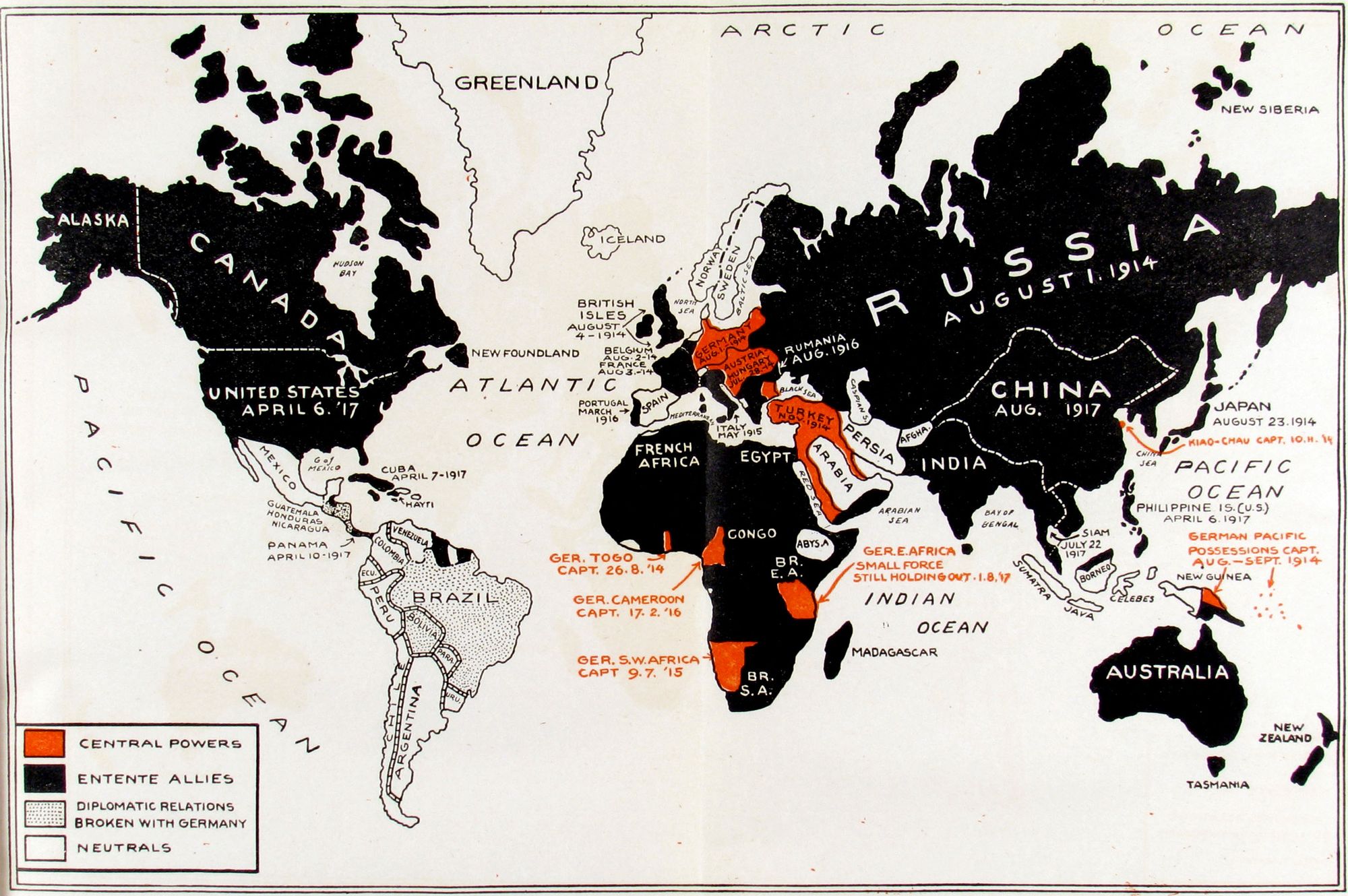 The UK innovates in combat tactics

Besides being superior in armaments, London developed the tactic of bombarding certain strategic targets from behind the German front such as their war reinforcements or even the Army HQ. This way, the UK created a variant of indirect war with its subsequent strategic methods-aerial reconnaissance which implied the need for improved airplanes that were able to take photographs from the air;ground – air support and instruments for weather forecast. This way, the English considerably improved modern warfare.

Moreover, the historian Jeremy Black claims that the tanks (produced in higher number by the UK and France than Germany) had a psychological impact, rather than a military or a strategic one. The leadership in Berlin perceived its troops at disadvantage, even though the tanks of all combatants proved to be useless on the ground. Many of them could not reach the designated place (because of the artillery-ruined terrain) from where they were supposed to begin the bombardment.

Since the tanks were useless in winning the war, the French marshal Ferdinand Foch took the command of the Entente troops in the autumn of 1918 and this contributed significantly to the Allied victory. Foch coordinated a joint attack of the forces at his disposal:the Americans entered Meuse-Argonne on September, 26th;the British advanced the following day to Cambrai and on the 28th, the Belgians and the English reached Flandres. This way, the American and Anglo-French advance to Busigny managed to bring about the fall of the so-called Hindenburg Line.

While Ludendorff was busy on the Western Front, Berlin’s Eastern allied powers collapsed, because of the Allied attacks for which they did not receive German support. After two weeks of Allied counteroffensive against Bulgaria, Sofia requested an ultimatum which meant also that the Central Powers lost the link with the Ottoman Empire. The Turks were defeated by the British Imperial Forces at Meggido, in Palestine. However, they surrendered only after a month at Moudros on October, 30th, 1918. Austria-Hungary requested armistice from Italy on October, 3rd.

The German Civil War and the Fall of the Kaiserreich

The Entente had defeated all of Germany’s allies, thus leaving Berlin alone on the Western Front. The Kaiserreich, however, was experiencing a civil war that culminated in a revolution which ended with the ousting from power of the Emperor Wilhelm II on November, 9th, 1918. Although the German monarchy was beheaded at the end of year 1918, the Weimar Republic was established after a year, in August 1919. Because of this, Germany was in a state of anarchy to which was added the return of the defeated troops from France. At this time, the stab-in-the-back-myth-the Dolchstoßlegende– appeared in the German political mythology and it would later be successfully used by the Nazi propaganda. The Dolchstosslegende meant that the Army was not actually defeated, but was betrayed by the Republicans on the home front who conspired to bring about the fall of the Kaiser.

The Allies managed to win the WW1, because of the constant refining of the armaments, the tactics and the strategies they used as well as Germany’s strategic errors. Ludendorff’s plans for attack extended the German front from 390 to 510 km without capturing an important strategic objective, however, they ended with the death of more than 1 million German soldiers (their numbers dwindled from 5, 1 to 4, 2 million). This meant more than twice the number of soldiers lost by the UK in the Battle of the Somme. Moreover, it deeply affected the morale of the German soldiers and it made them defect in large numbers after August 1918.

Furthermore, Berlin requested an ultimatum, especially from Washington, which had proposed earlier a peace without annexations. However, Germany failed to understand that the US changed its tone and wished for a decisive victory in the war. Yet, the German request was accepted, because Berlin was not in a position to fight after November 1918. Moreover, extending the war would have also meant an even bigger death toll than before. The historian David Stevenson is of the opinion that a direct Allied intervention in Germany would not have rendered impossible the waging of another war.