How many Germans and Hungarians lived in the Austro-Hungarian Empire before the First World War? 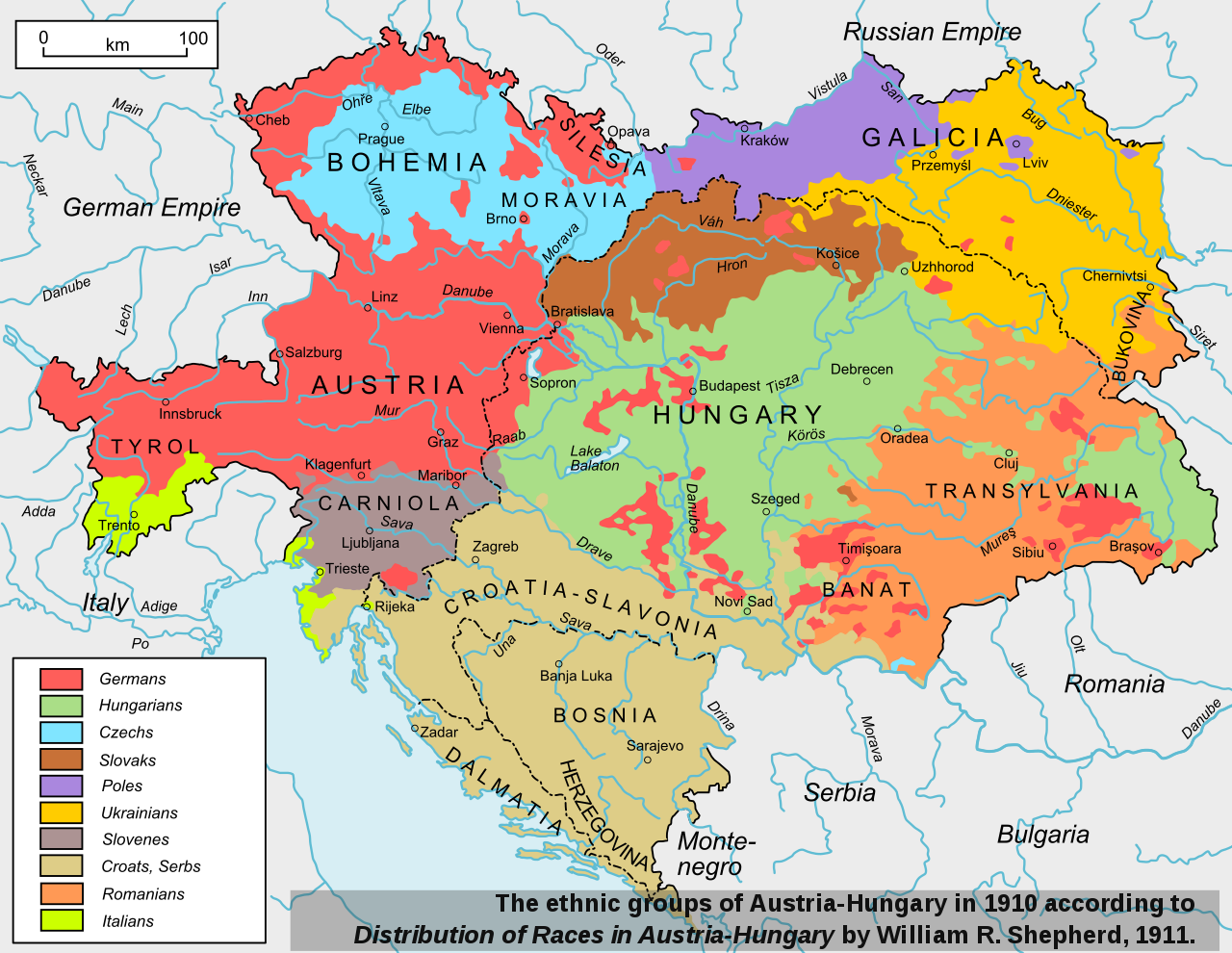 The Dual Monarchy, according to the census of 1910, had a population of 51,390,223 people, of which 55,60% of the population, namely 28,571,934 people were in the Cisleithanian states, under the direct authority of the Austrian government: Lower Austria, Upper Austria, Carinthia, Carniola, Styria, Salzburg, Vorarlberg, Country of Tyrol, Austrian Littoral, Dalmatia, Bohemia, Moravia, Austrian Silesia, Galicia, Bukovina. Another 40,60%, namely 20,886,487 people were in Transleithania, under the authority of the Hungarian government: the Kingdom of Hungary, including Transylvania, and the Kingdom of Croatia. The rest of 3,8%, namely 1,931,802 people were in the territories of Bosnia and Herzegovina.

Because of the Germanisation and Magyarisation policies, the census in 1910 had registered the population based on their use of everyday language, not their mother tongue. For example, the Jews from Hungary, around 5% of the population, were registered as speaking the Hungarian language.

But the two most dominant ethnic groups of the Austro-Hungarian Empire were just 42,93% from all people of the Empire.

Manfried Rauchensteiner, The first world war and the End of the Habsburg Monarchy, 1914-1918, Böhlau Verlag Wien-Köln-Weimar, 2014.