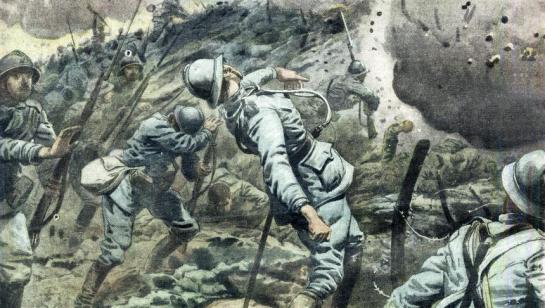 The enormous losses of the Allies in the summer of 1915 on the Western Front and the defeat of the Russians in Poland convinced the Entente that Romania’s intervention on their side of the conflict is a necessity. The pressure started to build up considerably as the Entente tried to convince Romania to enter the war.

Neither did the Central Powers shy away from trying to lure Romania to their side. In addition to the powerful propaganda they employed, they used diplomatic pressure and gave clear signals that they would use military action to prevent Romania from joining the Entente, while also offering to buy the grain and oil they desperately needed. It is worth mentioning that the Entente was the first to promise Transylvania to Romania, but not the only one. In early summer, as the signs, rumours and information gathered- in the sense of Romania’s entry into war on the side of the Entente, Berlin suggested in June 1916 that, in exchange for maintaining neutrality, it would take into consideration the Romanian claims on Transylvania. But it was already too late.

In the summer of 1916, the military situation was in favour of the Entente. The German army failed to conquer Verdun, the Allies were gathering an army in Thessaloniki, the British were preparing the attack on the Somme, and the Russians were launching their last big offensive, that of General Aleksei Brusilov. It seemed that this was the moment expected by Brătianu. However, Romania’s geostrategic situation had changed drastically by Bulgaria’s entry into the war on the side of the Central Powers in October 1915. The only link between Romania and the Entente was in the east of the country, through the Russian Empire.

On July 4, 1916, Romanian Prime Minister Ionel Brătianu announced the Entente that Romania is ready to join the Entente. Negotiations lasted for five weeks, delaying the entry into the war until August 27.

Romania entered the First World War with great enthusiasm, but it would fade in just a few weeks. The Transylvanian campaign had a promising start, in an atmosphere of joy maintained by its initial success. Gradually, the advance of the Romanian troops in Transylvania slowed to a halt, when all the fervour and carefully crafted battle plans were shattered by the defeat at Turtucaia. Black clouds slowly gathered on the horizon, an omen of the most terrible storm through which Romania would pass. Soon, the Transylvanian campaign was to turn from an enthusiastic offensive into a static defensive, and then into a gradual retreat back to the Carpathian ridges and passes where it was hoped that a strong resistance could be mounted. However, the Central Powers managed to take the Jiu Valley, conquered Târgu Jiu on November 2/15, occupied Oltenia and then entered Muntenia on November 11/24. Just one day before that, the German-Bulgarian forces had also successfully crossed the Danube at Zimnicea. Romania suddenly found itself in a dramatic situation- the capital of the country was threatened with occupation.

On the insistence of General Berthelot, the Chief of the French Military Mission, despite the protests of the Russian ally, who proposed a general withdrawal of the Siret, the Romanian Command decided to defend the capital in a decisive battle, the Battle of Neajlov-Argeș or the Battle for Bucharest. The battle ended with the loss of the capital and the destruction of a significant part of what remained of the Romanian army. After the battle, the Romanian First Army was almost completely destroyed, and the Second Army lost two divisions. The German commanders appreciated that the Romanian First Army had the fighting strength of a battalion. The human and material losses of the Romanian army were huge: 163.515 dead and severely wounded, and 146.600 captured soldiers. 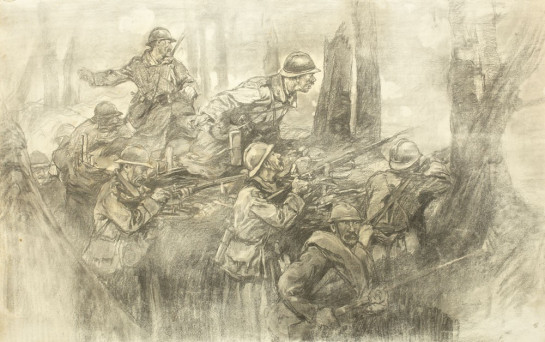 The withdrawal to Iași

The Romanian authorities left the capital of Bucharest which the Central Powers and their allies occupied on November 23/ December 6. The evacuation of the population from parts of Muntenia and Oltenia was made in terrible conditions. The Romanian army, accompanied by Russian troops, had to conduct a fighting withdrawal, on successive alignments, the front stabilizing on the Siret river in January 1917. The campaign of 1916 proved a disaster for Romania. Hundreds of thousands of deaths among the army and the civilian population, two-thirds of the territory occupied by foreign troops, the dream of a Greater Romania replaced by the reality of an even smaller Romania, it too threatened by the annexation plans of Bulgaria and Austria-Hungary.

The remnants of the Romanian army who managed to retreat to Moldavia were divided into two. The Second Army, with its six divisions, remained on the battlefield in the Vrancea region. The other part, composed of the remaining disorganized divisions, was taken to Moldavia for recovery and reorganization. With the help of the French Military Mission, all Romanian soldiers were equipped and trained. The reorganization of the Second Army was done on the front, under special circumstances and under the close coordination of General Averescu. With the reorganization of the units, their equipment, the acquisition of new fighting techniques, the soldiers’ confidence and morale began to grow gradually. Russian General Monkevitz notes: “Among the Romanian regiments, that were preparing to attack at the same time as ours, things were going rather differently. A great warlike ardour emboldened the reinvigorated and strengthened army: the officers and soldiers were eagerly waiting for the battle, to avenge their uninterrupted failures, and liberate the invaded territory. The improvement of the armament was also felt by the Romanian soldier. Moreover, it allowed the application of new tactics, with a focus on fire power. Instead of assaults executed by infantry with bare hands, artillery, machine guns, and automatic guns would play a crucial role in the future attacks of the Romanian soldiers”.

In the summer of 1917, in Mărăști, for the first time after 11 months since Romania’s entry into the war, the troops of the Second Army, led by General Averescu, saw the enemy fleeing scared in front of them. It was, like Alexandru Averescu said “the first real victory in the history of the modern Romanian Army”.

How important were these battles for the course of the war? Historian Glenn Torry responds to this question: “By attracting and engaging additional enemy troops in the summer of 1917, the Romanians helped their allies fighting on the Western and the Italian Front. The Romanian Front was one of the few favourable episodes of all the military operations of the Entente of that year. […] A victory of the enemy would have forced the government and the Romanian Army to capitulate or to withdraw into revolutionary Russia.

The political and military consequences of such an action would have been disastrous. […] The admirable behaviour of the Romanian Army played a crucial role in convincing the Entente to respect the promises made by the 1916 treaty.”