How the First World War started without anyone desiring it 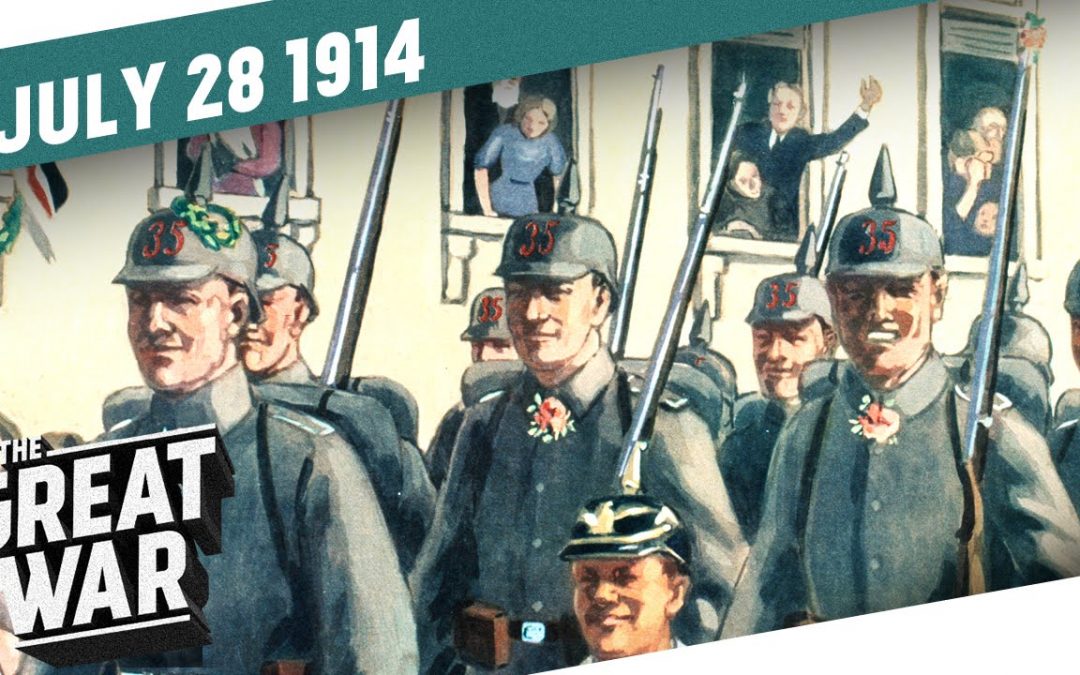 Started almost entirely by mistake, the First World War was the bloodiest conflict up until then. For decades, historians struggled to ascertain the causes of the first truly global conflict. However, international relations specialists, like professor John G. Stoessinger or the former US state secretary Henry Kissinger, claim that the outbreak of the conflict can’t be understood solely through abstract explanations, like the system of alliances, militarism or nationalism, and that is necessary to understand the psychological aspects and the personalities of the leaders of the time.

The First World War started in the aftermath of archduke Franz Ferdinand’s assassination, the heir to the Austro-Hungarian throne, by a Serbian nationalist, on June 28, 1914, at Sarajevo. Few could have foreseen the disaster that will eventually cripple the whole of Europe. In fact, many of the heads of state on the eve of the Great War were behaving like actors in a Greek tragedy. The terrible outcome of events, that led to the conflict, was predicted by many, but it seemed unstoppable. The leaders of the time tried repeatedly to wash their hands of the responsibility of starting the war and to throw the blame on the shoulders of an unforgiving providence. Their fatalist attitude influenced historians, many of them reaching the conclusion that the outbreak of the conflict was caused by events that were beyond the control of men.

American author John G. Stoessinger, professor on global diplomacy at the University of San Diego, contradicted this opinion in his book Why Nations Go to War, published in 1974. Stoessinger argues that the outbreak of the First World War was not a matter of certainty, but the direct result of bad decisions taken by men in key positions. In many cases, these men were not ill intentioned, although they were lacking in empathy. Dominated by fear and trapped in their own self-deception, leaders of the Great Powers took decisions based on fear and on a distorted perception of reality. The American author critiques the mechanist view, shared by many historians, according to which the war was triggered by the system of alliances, which divided the Great Powers into two rival blocks. 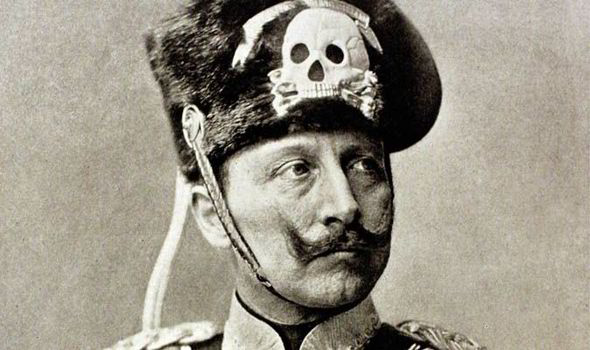 The German Kaiser was deeply saddened when he heard the news of the assassination of archduke Franz Ferdinand and of his wife, Sophie. Wilhelm II was sincerely fond of the heir to the Austrian throne. Due to his impetuous character, the Kaiser wanted Austria to punish Serbia as soon as possible. On July 5, Wilhelm assured the Austrians that they could count on the “loyal support” of Germany, even if the punitive action against Serbia would bring them into conflict with Russia.

The next day, Wilhelm II went on holiday, without even suspecting that the old emperor Franz Joseph would eventually trigger a war. Wilhelm had no idea of the intentions of the Austrians and urged by impulse he handed a blank cheque to Austria-Hungary without thinking of the consequences. The Kaiser’s decision to support Austria-Hungary under any circumstance is proof to his extraordinary confusion between personal feelings and political rationale. 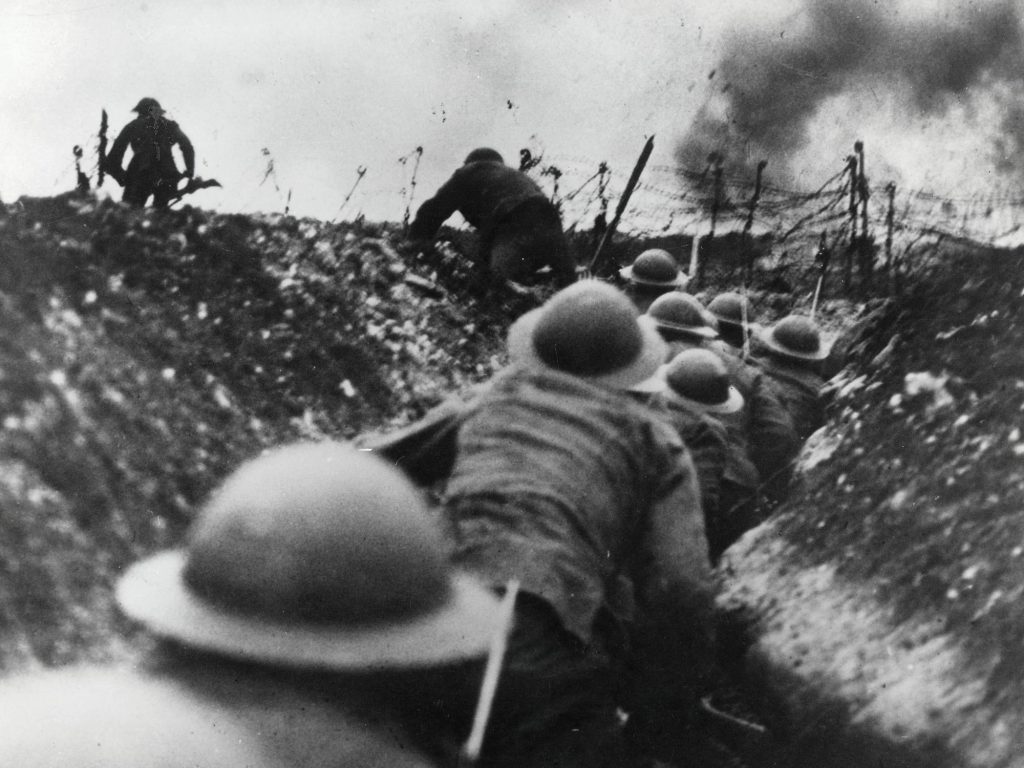 In those tense days of July 1914, the fate of Austria-Hungary was in the hands of three men: emperor Franz Joseph, his minister of foreign affairs, count Leopold von Berchtold and Conrad von Hötzendorf, Chief of the General Staff of the imperial army. On the throne since 1848, Franz Joseph had become tired and old and the wars he waged ended in defeat and territorial losses.

Even though Hötzendorf called for the rapid mobilization of the army after July 5, the emperor refused. Franz Joseph was afraid of an attack by Russia and doubted Germany’s willingness to get involved. The following weeks, the health of the emperor worsened. Physically and mentally, Franz Joseph was overcome by the situation.

Named by US historian Sidney Bradshaw Fay, “the most incompetent man who held such a position of responsibility in a critical situation” count von Berchtold radically changed his attitude after receiving the “blank cheque” from the Kaiser. Even if he shared the opinion of the Chief of the General Staff of the imperial army, that the status of the Austro-Hungarian monarchy as a great power depended on the punishment of Serbia, the foreign minister hesitated to take military action against the neighbouring country until July 5. The German guarantees persuaded von Berchtold to no longer hesitate and wrote a humiliating ultimatum, being convinced that Serbia would reject it. Paradoxically, although von Berchtold sent the text of the ultimatum to Berlin, Wilhelm II did not ask to see it before it was sent to Serbia.

The terms of the July 23 ultimatum were ruthless, and Serbia had to respond within 48 hours. King Peter I of Serbia and his ministers were shocked by the harshness of the ultimatum and were convinced that it was a pretext for the eventual dissolution of the country. However, the Serbian government accepted most of the terms of the ultimatum and only those who were seen as suppressing the sovereignty of the country received a somewhat elusive answer. Nonetheless, Austria-Hungary broke diplomatic relations with Serbia.

In those tense days, the Kaiser was on a cruise in the North Sea without paying too much attention to the events. He did not even ask to see the Serbian Government’s answer until the morning of July 28. After reading the text, Wilhelm noted on the document that “it represents a great moral success for Vienna, and any reason for a war has disappeared” and expressed regret for ordering the mobilization of the army. A few hours later, Austria-Hungary declared war on Serbia, and Germany was faced with a fait accompli. 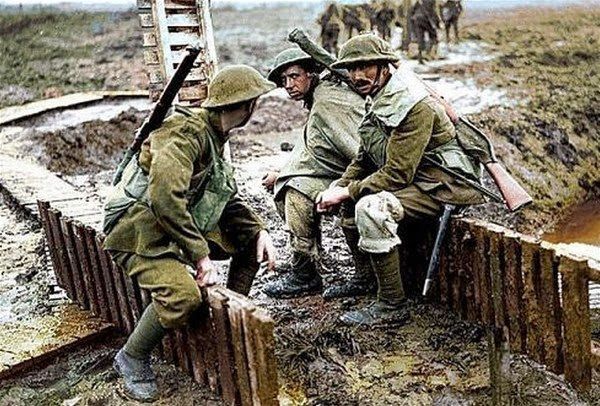 The war that broke out on July 28 was an isolated conflict between Austria-Hungary and Serbia, and the Austrians were convinced it would remain so. Count von Berchtold thought he had no reason to be afraid of Russia. By declaring war on Serbia, Austria-Hungary mobilized eight of its sixteen army corps, as von Berchtold was convinced not only that they would win a quick victory against Serbia, but that it would also discourage an intervention by Russia.

Russian Foreign Minister Sergey Sazonov saw this mobilization as a direct threat against his country, and demanded in turn the partial mobilization of the army. Sazonov hoped that a swift action by the Russian army would discourage the invasion of Serbia. Thus, both mobilization actions were a bluff to discourage a military attack of the other party.

The message exchange between “Willy” and “Nicky”

When the Kaiser was informed that Austria-Hungary declared war on Serbia, and Russia ordered the partial mobilization of the army, his indifference turned to panic. The implications of the guarantees that were offered to the Austrians were now painfully clear. Wilhelm decided to make every possible effort to prevent the war from escalating and tried to be a mediator between the Austrians and the Russians. The Kaiser sent a telegram to his cousin, Tsar Nicholas II, guaranteeing that he would use all his influence to persuade the Austrians to find a satisfactory solution for an agreement with Russia. At the same time, Wilhelm asked the Austrians to limit their advances to the area around Belgrade and to de-intensify the war against Serbia.

The Tsar also did not want to go to war. Before receiving the Kaiser’s message, Nicholas sent a telegram informing him that indignation in Russia was enormous because “a shameful war was declared against a weak country”. The Tsar testified that he was afraid that he would soon be forced to cede to pressure and take extreme measures that would lead to war. Wilhelm replied quickly, through a telegram calling on the Tsar not to take military measures that could be interpreted by Austria as threatening. Nicholas informed him that the partial mobilization of the army was ordered 5 days ago in response to the actions of the Austrians and expressed the hope that these actions would not interfere with Wilhelm’s role as mediator.

The Tsar’s refusal to stop the mobilization of the army accentuated Kaiser’s panic. The exchange of telegrams between “Willy” and “Nicky” (as the two cousins signed their messages) was interpreted as a strategy by the Russians to get a tactical advantage. On the afternoon of July 30, Wilhelm’s panic turned into paranoia. He was convinced that the Russians had used his mediatorial effort to strengthen their positions.

Wilhelm was convinced of a plot between the British, the Russians and the French for the destruction of Germany. This was the reason that led Wilhelm to act first. On July 31, Germany gave Russia a 12-hour ultimatum, demanding demobilization of its troops. Following the Russian refusal, the Kaiser ordered general mobilization.

As emperors and statesmen lost control of the situation, the military entered the scene. Now, when the war was imminent, all the generals were terrified that the opponent could strike the first blow, thus gaining a decisive advantage. The pressure on political leaders to order the first attack was huge.

On the evening of August 1, the Kaiser gave the order for general mobilization, considering the possibility of a war against Russia, but his generals had a different opinion. The strategic plan of the German General Staff, drawn up by Count Alfred von Schlieffen, stipulated that in the event of a general war in Europe, Germany should strike France first through Belgium. The fact that the “Schlieffen Plan” violated Belgium’s neutrality did not seem to disturb the German generals.

Caught between his desire to start the war with a devastating blow against Russia and his generals, who wanted to attack France, Wilhelm, like Bismarck before him, became aware of the dangerous possibility of a war on two fronts. In a desperate attempt to avoid this, Wilhelm attempted to ensure the autonomy of the Alsace province (occupied after the Franco-Prussian War of 1870-71) in exchange for France’s neutrality.

Helmuth von Moltke was urgently brought to the Imperial Palace, where the Kaiser explained the situation. Surprised, the Chief of Staff told the Kaiser that his plan cannot be put in practice and that the deployment of millions of soldiers cannot be a matter of improvisation. Moltke, a rigid individual, managed to persuade the Kaiser that it was impossible to stop the 11.000 trains with German soldiers heading west. General Hermann von Staab, head of the division responsible for rail transport, contradicted Moltke and wrote a book after the war in which he claimed that it was possible to stop and turn the trains around so that the German troops could be deployed against Russia within two weeks.

In fact, the Kaiser’s every effort to stop a war on two fronts was in vain. His order came to Trier too late, as the German soldiers had already crossed the border. On the same day, the German ambassador to St. Petersburg handed to the Russian Foreign Minister, Sergey Sazonov, the declaration of war. On August 3, Germany declared war on France and Belgium, and on August 4 Britain declared war on Germany. Within a month, the Great Powers had managed to turn a minor Balkan crisis into a world war.