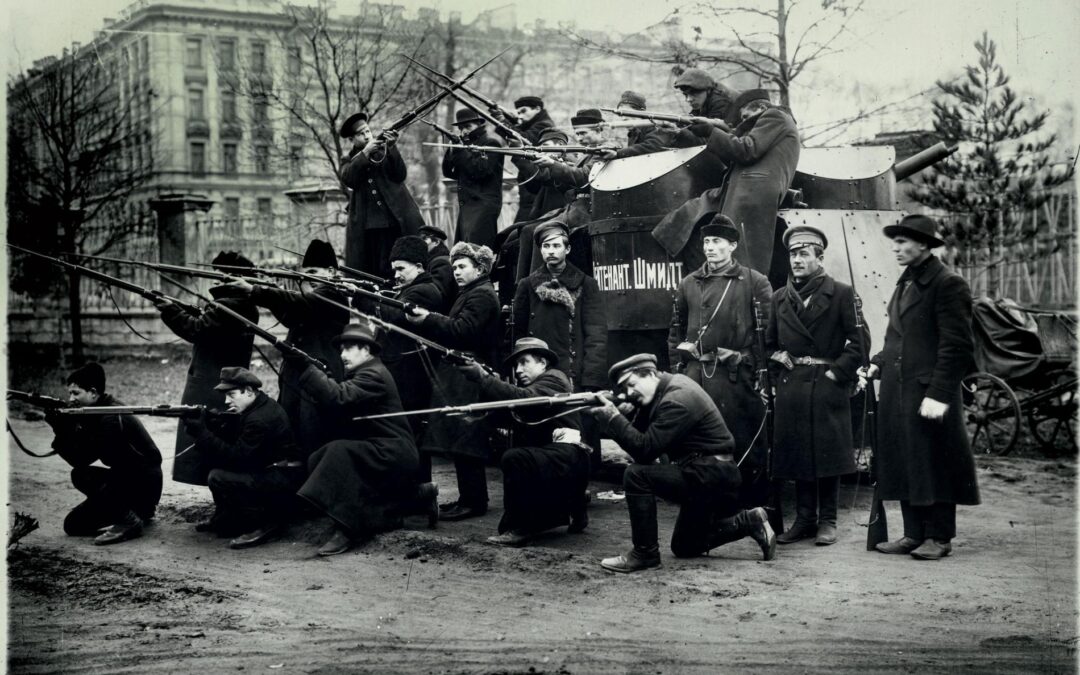 The signing of the armistice between the Central Powers, on one side, and Russia and Romania, on the other, at Focșani had unexpected effects for the troops of the Russian army on the Romanian Front. In less than a month, Russian troops disappeared from the Romanian Front.

Russian troops on the Romanian Front began to be contaminated by Bolshevik propaganda as early as spring 1917. During the battles of Mărăști, Mărășești and Oituz, some of the Russian units refused to participate in the fighting. With the arrival of autumn and the stabilization of the Romanian Front chaos reigned in many of the Russian army units. Many Russian commanders were arrested and replaced with young revolutionary officers. Among them, General Ragoza, the commander of the Russian 4th Army, General Curikov, the commander of the Russian 4th Army and General Keltschewski, the commander of the Russian 9th Army, the latter escaping arrest at the intervention of the Ukrainian soldiers under his command. The situation degenerated even further on November 21, 1917, when he ordered the Russian armies to stand down and to conclude an armistice with the Central Powers. The signing on December 9, 1918 of the Armistice of Focșani between the Central Powers and Russia and Romania marked the beginning of the mass exodus of Russian soldiers from the Romanian Front. They abandoned their positions in large numbers, leading to the dissolution of many Russian units. In some cases, Russian defensive positions on the front line were defended by just one soldier per kilometre. Romanian reserve troops were brought in to fill in the gaps in the defensive. Many of the Russian soldiers marching through the Romanian villages, organized themselves into “gangs committing robberies, robberies and even crimes, terrorizing the population with weapons, grenades and all kinds of brutality”, according to a report of the Great General Headquarters.

Romania allowed the Russian troops to leave, but only under strict conditions to ensure an orderly evacuation. They had to have authorization from Russian command, to be disarmed, and to have on them the necessary provisions for the return trip home. Many units agreed to these conditions, but there were a few who did not comply, especially following the order given by the head of the Russian General Staff, for Russian units to withdraw by force, if necessary. The Romanian leaders feared not only the systematic devastation of Moldavia, but also the destruction of the supply lines in Bessarabia. In order to prevent this, seven Romanian divisions from the reserve or from the front were withdrawn to the east, near the Prut. There were also major confrontations between Russian units and the Romanian army. On January 20 and 21, 1918, the Russian 9th and 10th Infantry Division attacked the Romanian 4th Division in Galați. Both Russian divisions were disarmed and escorted beyond Prut. In the north of Moldavia there was a similar confrontation with the same result.

From the beginning of November 1917 until January 1918, the number of Russian soldiers on the Romanian front decreased from over 1.200.000 to almost 50.000 men. In February, the Romanian Great General Headquarters announced that “the Russian army no longer exists”. Horses, carts, gun carriages and abandoned weapons where all that’s left.