How were the decisions being made at the Paris Peace Conference? 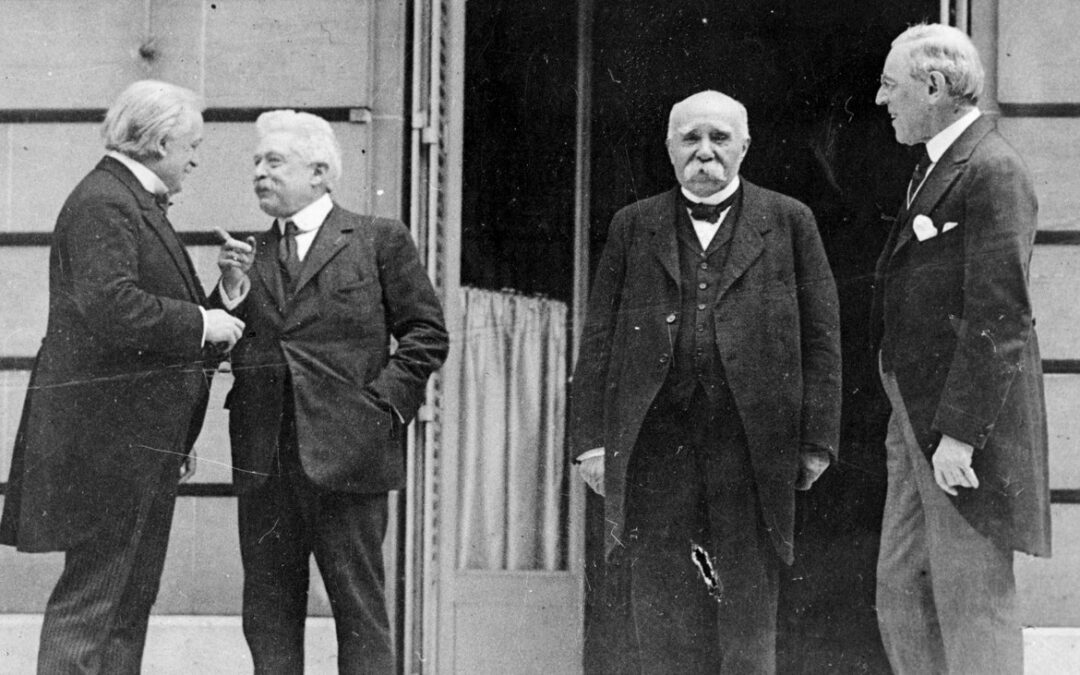 The greatest and most destructive war that mankind went through for four years (1914-1918) was followed by the largest peace conference in history. Powers great and small had to find a way to prevent such a conflict from happening in the future. The First World War put an end to the old international architecture. Great empires collapsed, releasing national dreams that had been locked away for centuries. Small nations appeared on the map of the world, others succeeded in proclaiming their independence once more, and some came together and united as one nation. There were borders to define and redefine, frontiers and international institutions. It was not a simple matter, and the multitude of problems risked burying the great purpose of the conference, namely peace.

In 1919, all roads led to Paris- “you only met people heading for Paris”, wrote the French ambassador to London, Paul Cambon. The capital of France became the capital of the whole world for a few months. The most important politicians, diplomats, university professors, bankers, military men, economists, lawyers and journalists from all over the world had one thing on their mind: The Peace Conference. No nation had ever gone through anything like it, and they were all anxious to see what the future held in store for mankind after the most destructive war ever. New frontiers were to be drawn, and perhaps above all, a new international order, built on stronger foundations, was needed. British diplomat Harold Nicolson wrote in his diary: “We travelled by train not only to bury the hatchet, but also to lay the foundations for a new order in Europe. I was not preparing a simple peace, but the Eternal Peace. The aura of a divine mission was over us. We had to be vigilant, unforgiving, honest and austere. Because we were determined to do great, sustainable and noble things”.

The greatest personalities of world politics were invited to put their mark on the reshaping of the world. A brief enumeration of the politicians present in Paris at that time can help us understand the huge scope of the event: US President Woodrow Wilson and his Secretary of State Robert Lansing, George Clemenceau, David Lloyd George and Vittorio Orlando, the prime ministers of France, Great Britain and Italy respectively, Lawrence of Arabia, Ignacy Paderewski, Elefthios Venizelos, Queen Marie of Romania, and many, many others. More than 30 Allied and associated Countries took part in the Paris Peace Conference.

“It is much easier to make war than peace”

In our collective memory, the Paris Peace Conference is primarily known for the treaty signed with Germany in Versailles in June 1919, but the work of the delegates present in the French capital meant much more. The other defeated states, Bulgaria, Austria, Hungary, and the Ottoman Empire had to sign their own treaties.

For five months, between January 18 and June 28, when the main phase of the Peace Conference was concluded with the signing of the treaty with Germany in Versailles, Paris hosted a real-world government. “We are the League of Peoples”, Clemenceau said the day before the grand opening ceremony.

The plans for the Paris Peace Conference were frustrated from the start. The four most important powers- the United Kingdom, France, Italy and the US- organized a preliminary conference to agree on the terms of peace, after which they intended to hold a high-level peace conference to negotiate with the enemy. But the multitude of problems and pressure from the other allies were so great that the Big Four gave in, and the plenary sessions of the conference turned into official meetings. Meetings took place between the Big Four and Japan, but the main decisions were taken by the leaders of the Big Four. It was their task to create a new international order to prevent the outbreak of another Great War. What had initially been only a preliminary conference turned into a single conference. Exasperated by so many complications, Clemenceau would complain to a colleague: “It’s much easier to make war than peace”.

In addition to Clemenceau, US President Woodrow Wilson and British Prime Minister David Lloyd George completed the group of key actors, although Italian Prime Minister Vittorio Emanuele Orlando also stood at the table of the Big Four. Beginning with the end of April, when Italy temporarily withdrew from the conference, angry with the failure to resolve its territorial claims concerning the port of Fiume, the conference remained essentially led by the Big Three- Clemenceau, Wilson and Lloyd George- who made the decisions. During the deliberations, they were counselled by 52 expert committees addressing complex issues such as reparations and new frontiers.