Hypothesis Z, criticized even by the Germans 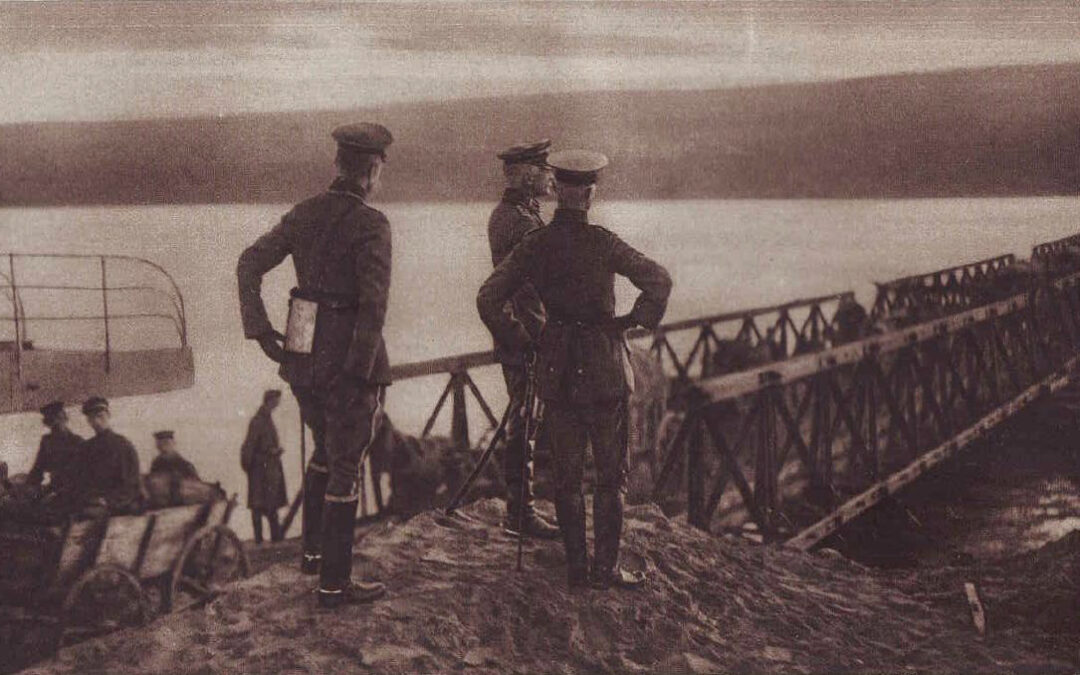 Immediately after joining the Entente, the Romanian army quickly entered Transylvania according to a plan of operations called Hypothesis Z. This plan had many weaknesses and came to be criticized by the Germans themselves.

On August 27, 1916, at nine o’clock in the evening, the Romanian plenipotentiary minister in Vienna, Edgar Mavrocordat, submits to the Austro-Hungarian authorities Romania’s declaration of war.

The same evening, at half past ten, the news that Romania declared war on Austria-Hungary, was brought to the attention of Emperor Wilhelm II, who “lost his temper” and declared that “the war was lost for Germany”.

Despite the fact that he misinterpreted the date of Romania’s intervention into the conflict, the German Chief of Staff, Erich von Falkenhayn did not ignore this possibility. Nonetheless, he was dismissed from his post and he will eventually get to fight against Romania.

Three Romanian armies with a total of about 400.000 soldiers were to occupy Transylvania, where it was estimated that the resistance of the Austro-Hungarian soldiers did not number more than 100.000 men. The Romanian soldiers had to advance in Transylvania in phases according to a strict timetable set by Hypothesis Z. In the first stage, 25 days after mobilization, the armies had to reach the Mureș river, which would have shortened the front from 900 km to 300 km. In the second phase, 30 days after mobilization, the Romanian soldiers had to continue their advance to the north and west, to Cluj, Dej and to the Apuseni mountains. In the third phase, 39 days after mobilization, they had to enter the Hungarian plain, in the Oradea- Debrecen area. Instead, the reality on the ground proved to be completely different. The First Romanian army reached the edge of Sibiu without occupying it. The Second Army advanced and occupied Brașov and Făgăraș. The North Army entered the eastern part of Transylvania and occupied Toplița, Târgu Secuiesc and headed for Târgu Mureș.

The regrouping of the Central Powers

The Central Powers decided to quickly send troops from the Western, Italian and Eastern fronts to Transylvania. Nearly 22 divisions arrived in Transylvania at the rate of 22 trains per day. The troops coming in had plenty of experience gained in two years of heavy fighting. The Germans took overall command, with the German 1st Army in Transylvania being divided into two: to the north, the 1st Corps, under the command of General Curt von Morgen, and to the south, the 39th Corps, commanded by General Hermann von Stabs. On September 6, the German 9th Army was created, under the command of Erich von Falkenhayn.

Here is what Erich von Falkenhayn had to say about the action of the Romanian troops in Transylvania: “Our march on Mureș extended until the end of September (1916). A quick attack on the part of the Romanians would have shattered it. (…) While waiting for the Russians to decide whether to cross the Carpathians, the Romanian army was advancing at snail’s pace. The intention of Russia and Romania was to drive down in a straight line between the Carpathians and the Danube, to the low plains of Hungary. But for this, important Russian forces had to be sent over the Carpathians. And the Romanians, acting vigorously against our concentration of troops, should have opened up the Carpathians passes to the Russians. They did just the opposite. Not being accustomed to war on a large scale, they did not know how to take advantage of the favourable circumstances that were always offered to them. They moved very slowly and thus wasted a lot of time. Every day brought us new advantages! The Russians were also working without any semblance of reason. They preferred to rush to the Carpathians rather than take a shot through Moldavia to our exposed flank. Romania’s entry into the campaign was done without method and the cooperation with Russia seemed compromised”.