Hypothesis Z, or when you can never start a plan too early 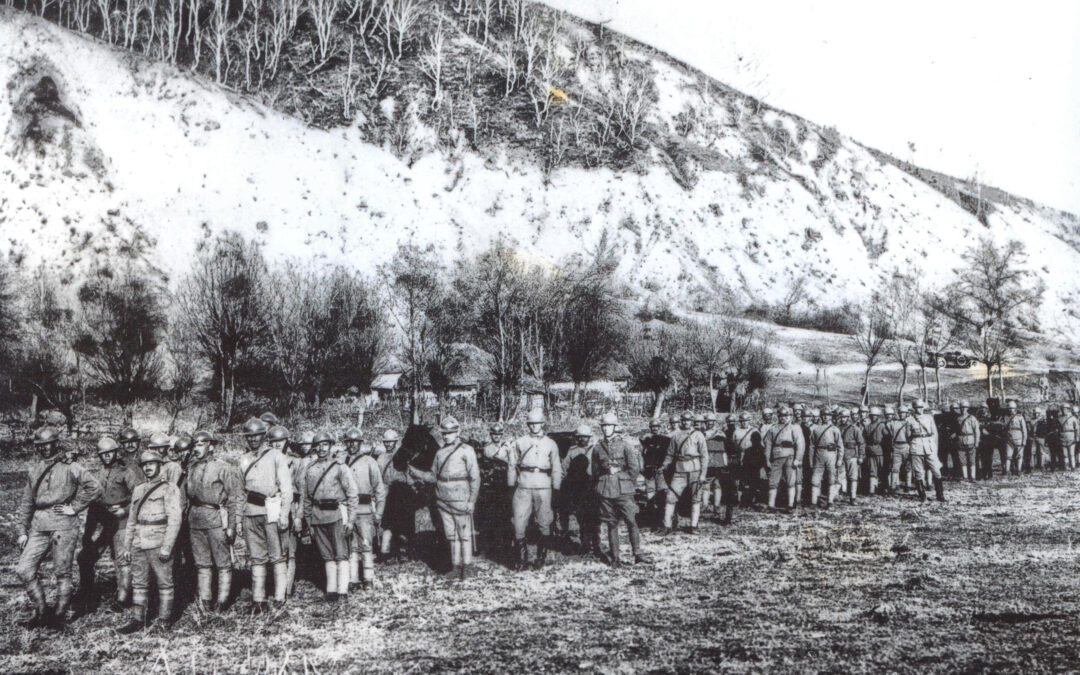 On August 27, 1916, Romania entered the First World War on the side of the Entente. The battle plan of the Romanian army, called Hypothesis Z, provided for an offensive with the majority of its forces in Transylvania and an active defence of the border with Bulgaria. Hypothesis Z, however, had some weaknesses that will spell disaster for Romania.

The battle plan of the Romanian army, Hypothesis Z, as it was called, divided the troops on two major fronts. Thus, the vast majority of the troops were engaged in an attack in Transylvania: three Romanian armies, the First, Second and North, with a total of almost 370.000 soldiers, representing almost 65% of the total troops, had to occupy this region. In the first phase, they had to advance to the Mureș River, which would have shortened the front from 950 to 300 km. In the second phase, the Romanian soldiers had to continue advancing to the north and west, respectively to Cluj, Deva and the Apuseni Mountains. In the third phase, the Romanian troops had to advance to Oradea and enter the Hungarian Plain. The Romanian General Staff had expected opposition from the Austro-Hungarian soldiers.

In the south of Romania there was the Third Army, composed of about 140.000 soldiers, or 25% of the total available troops. Its mission was to provide the leeway needed for the Romanian troops advancing into Transylvania, by defending against possible attacks by the Bulgarian troops, and then to carry out an offensive action in the northeast of Bulgaria to occupy the Russian-Varna area.

The failure of Hypothesis Z in Transylvania

The resistance of the Austro-Hungarian soldiers in Transylvania was not as strong as it was first estimated by the Romanian General Staff. The First Romanian army reached the edge of Sibiu without occupying it. The Second Army advanced and occupied Brașov and Făgăraș. The North Army entered the eastern part of Transylvania and occupied Toplița, Târgu Secuiesc, and headed for Târgu Mureș. The attack of the German-Bulgarian troops in the south of Romania and their advance in Dobruja would overturn the plans of the Romanian army. Some of the troops that entered Transylvania were withdrawn to be used on the Danubian Front. During this time, many powerful German and Austro-Hungarian divisions began to arrive in Transylvania. On August 29, Hindenburg and Ludendorff met with the head of the Austro-Hungarian High Command, Hötzendorf, in Teschen, and decided to immediately send troops from the Western, Italian and Eastern Fronts to Transylvania. The troops moved quickly. Nearly 22 divisions arrived in Transylvania at the rate of 22 trains per day. The troops coming in had plenty of experience gained in two years of heavy fighting. The Germans took overall command, with the German 1st Army in Transylvania being divided into two: to the north, the 1st Corps, under the command of General Curt von Morgen, and to the south, the 39th Corps, commanded by General Hermann von Stabs. On September 6, the German 9th Army was created, under the command of Erich von Falkenhayn.