“In the name of righteousness, there is a great wrongdoing, in wishing to punish Romania for the misfortunes it endured…” 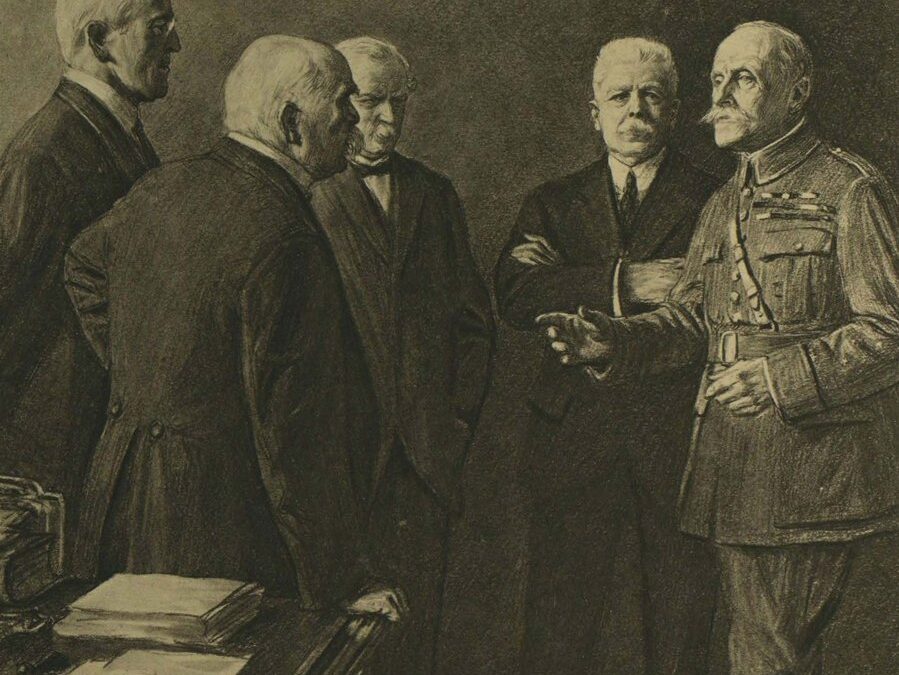 Romania was not looked upon with good eyes at the start of the Paris Peace Conference by the leaders of the great victorious powers, especially by Clemenceau and partly by Wilson. However, diplomacy and persuasive speeches of the Romanian delegation together with the support of other prominent politicians guaranteed success.

One of those who lobbied for Romania’s situation was André Tardieu, Clemenceau’s right-hand man, three times Prime Minister of France during the interwar period. The count of Saint-Aulaire had this to say about the French perspective:

“At the Supreme Council of Paris, this areopagus which, under the presidency of Clemenceau and under the inspiration of Wilson, promulgates a new Charter for humanity, all the advantages were for the Soviets and all the severity for Romania, their main victim. […].

Tardieu, a member of our delegation and the chairman of the Romanian Affairs Commission, told me almost the same thing. He confessed to me: «I have a fierce struggle on my hands to recognize Brătianu and Romania as our allies. I have against me Clemenceau who does not forgive him for having concluded the armistice, Wilson who declares that he knows nothing about our 1916 alliance treaty and all the jurists for whom peace with Germany on May 7, 1918 takes away from Romania its qualification as an ally. So far I am wasting my time to show them that this peace is neither morally nor politically against them, because the great allies have approved it, and not even legal, because the king never ratified it and decreed the mobilization at first contact with the Thessaloniki army. In a word, in the name of righteousness, there is a great wrongdoing, in wishing to punish Romania for the misfortunes it endured, for which the Allies are responsible, we ourselves because we did not keep our commitments concerning Thessaloniki, and especially, Russia, through her treacherous betrayal».

After this “war of law”, Romania, of all our allies, the one that suffered the most, was the worst treated, in form, not in substance. The Supreme Council could not, without renouncing its essential principle, the principle of nationalities, prevent it from applying it by achieving its unity and doubling its territory. The obvious justice of its cause and the pressure of European public opinion, moved by the immensity of its sacrifices, overcame ill will. […].

Agreeing with me, Brătianu advised Queen Marie to go to Paris to try to charm Clemenceau, who, after first meeting her, declared: «A tiger never made pups with a lioness».

The Queen laughed at this joke, which I told to her after Tardieu had repeated it to me. Who knows, though, whether her mysterious and royal influence has somehow contributed to the pup that Clemenceau, though denying it, obtained from the recalcitrant Supreme Council: a solution that meets Romania’s national aspirations?”.