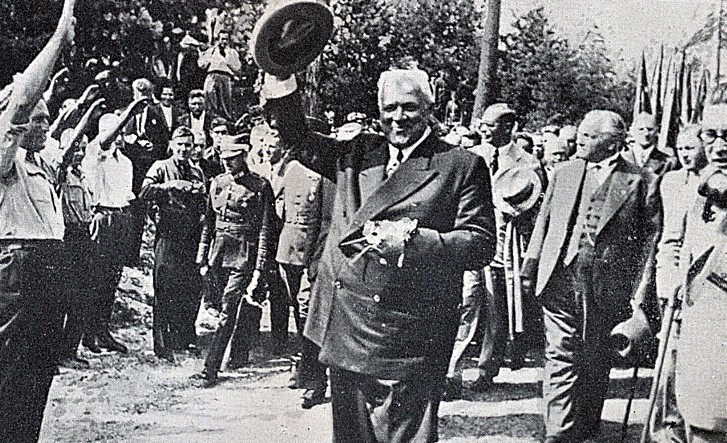 Latvian independence was proclaimed on November 18, 1918, but its real advent came only in 1920 after the cessation of hostilities between pro- and anti-Bolshevik forces and the withdrawal of all foreign armies from Latvian territory. The peace treaty signed with Soviet Russia on August 11, 1920, was a critical step. As stated in Article 2 of this treaty, “Russia unreservedly recognizes the independence and sovereignty of the Latvian State and voluntarily and forever renounces all sovereign rights over the Latvian people and territory.” Latvia became a member of the League of Nations in 1921.

Latvia’s ensuing period of independence lasted for twenty years and has become embedded in the Latvian consciousness as a golden era of progress and achievement, now referred to as the second awakening. The period of independence was characterized by both economic viability and political instability. The Latvian currency, the lats, became relatively stable. Farming and exports flourished. Inflation was low. Welfare provisions were generous. Foreign debt was minimal. One of the more important indexes of economic achievement was the volume of gold–10.6 tons–that the Latvian government placed for safekeeping in the United States, Britain, France, and Switzerland.This period is also important in understanding a significant thread of present-day Latvian political culture. The state intervened as a direct economic actor in many areas, including heavy industry, building materials, electricity, tobacco, brewing, confectionery, textiles, insurance, and food processing. The government also made a conscious attempt to provide stability and, even more important, to help expand Latvian control of the economy.

Until 1934 Latvia had a system of democracy similar to that in Weimar Germany (1919-33). The use of proportional elections and the absence of any dominant party encouraged participation by more than forty different political parties. The 1931 parliament (Saeima) had representatives from twenty-seven parties. It is not surprising, then, that Latvia had eighteen different parliamentary governments with new combinations of coalition partners in fewer than fourteen years. The evident political instability and the threat of a coup d’état from both the left and the right encouraged Karlis Ulmanis, a centrist, to take the reins of power into his own hands in May 1934. Ulmanis had been one of the founders of independent Latvia and had also been prime minister several times. His acknowledged experience and the public’s general disgust with politicking assured little protest against the “setting aside” of Latvia’s constitution.

Ulmanis was a populist ruler who did not countenance opposition. He banned all parties and many press organs. It is important to note, however, that not a single person was executed during this period, although several hundred activists from the left and right were incarcerated for brief periods of time. Ulmanis tried to maintain a neutral stance between the Soviet Union and Nazi Germany, but his best efforts failed when these two totalitarian systems connived to carve out spheres of dominance in the heart of Europe.

Ulmanis was deported by the Soviet authorities and died in captivity in Russia in 1942, but his legacy remains alive in Latvia. Today, Ulmanis is a powerful symbol of selfless dedication to Latvia, and his memory is honored even by organizations with high concentrations of former communists. These groups realize that the once-vilified dictator has tremendous appeal among Latvians, especially in rural areas, and that their association with Ulmanis can provide long-term political dividends. At the same time, the historical experience of such a dictatorship, even if beneficial in some respects, has been used in debates as a warning against a repetition of dictatorial rule.

The fate of Latvia and the other Baltic republics was sealed on August 23, 1939, when the foreign ministers of the Soviet Union and Nazi Germany, Vyacheslav Molotov and Joachim von Ribbentrop, respectively, signed a secret protocol giving Estonia and Latvia to the Soviet Union and Lithuania to Germany. Within five weeks, however, Lithuania was added to the Soviet roster of potential possessions in exchange for other territories and sizable sums of gold.

The Nazi-Soviet Nonaggression Pact (also known as the Molotov-Ribbentrop Pact) was not acknowledged by the Soviet Union until it was forced to do so, fifty years later, by the Baltic delegation to the Congress of People’s Deputies (see Glossary) in Moscow in 1989. The pact was seen by Latvian and other Baltic independence supporters as the Achilles’ heel of the carefully constructed myth by Moscow propagandists of how the Baltic countries had joyfully embraced the Soviet Union and had voted to become new Soviet republics. Indeed, the Latvian dissident group known as Helsinki ’86 had organized demonstrations on August 23, 1987, to underscore the secret pact’s existence. These demonstrations had reverberated throughout the world and had put Soviet leader Mikhail S. Gorbachev’s regime on the defensive.

For the Baltic countries, the half-century following the 1939 pact was a particularly tragic time. During that period, hundreds of thousands of people perished, and much effort was expended to obliterate the memory of independence.

On October 5, 1939, soon after the Nazi-Soviet Nonagression Pact was signed, the Soviet Union coerced Latvia into signing the Pact of Defense and Mutual Assistance. It then forced Latvia to accept occupation by 30,000 Soviet troops. Similar treaties were imposed on Estonia and Lithuania, whose forces also were vastly outnumbered by Soviet forces. (The Baltic states’ northern neighbor, Finland, refused to accept such a demand, however, and, after it was attacked on November 30, 1939, valiantly fought the Red Army in what became known as the Winter War. The Soviet Union was expelled from the League of Nations for this unprovoked attack on Finland.)

Stalin made his next move in the Baltics when world attention was riveted on the imminent surrender of France to the Nazis in June 1940. An ultimatum was sent to each one of the Baltic countries demanding replacement of their existing governments by those capable of ensuring the proper fulfillment of the previously signed pacts of mutual assistance. Moscow also demanded the free entry of unlimited troops to secure strategic centers. With no hope of external support, all three countries capitulated to these demands.