Lloyd George, the Russian Bolsheviks and the Paris Peace Conference 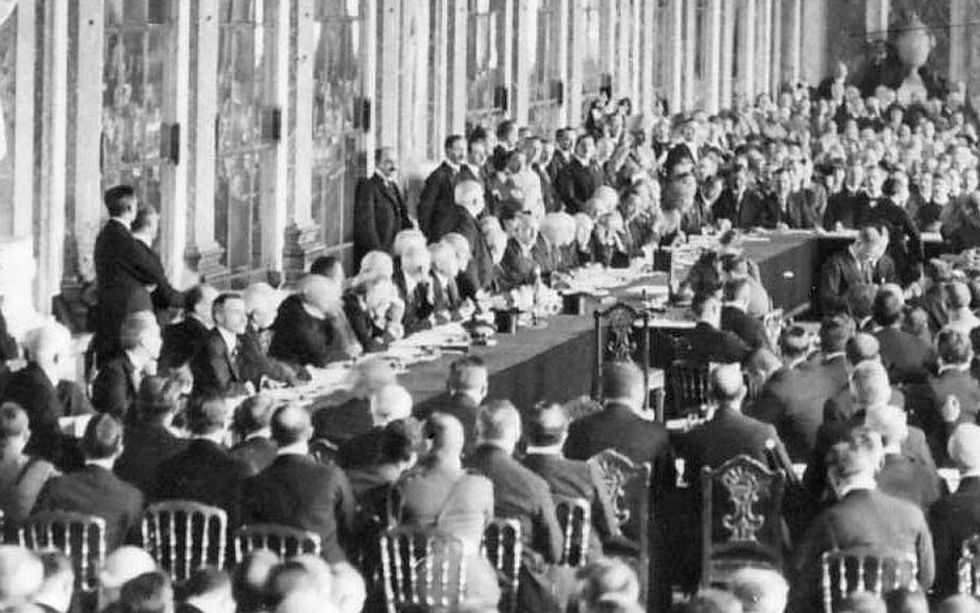 Lloyd George wanted Russia to participate in the Peace Conference, as he confessed to Clemenceau, in December 1918. Clemenceau acknowledged that he had a special sympathy for the Russian people: “The Russian soldiers had fought lacking weapons and ammunition; they had been betrayed in a shameful manner by their own government, and it was no wonder that, in its bitterness, the Russian people had rebelled against the Alliance”.

On January 16, 1919, Lloyd George submitted to the Supreme Council the “Russian question”. He considered that there were three options at that time: the first was to destroy Bolshevism by military intervention; second, Russia to be isolated; third, to invite the Russians, including the Bolsheviks, to the Peace Conference. Clemenceau preferred the third solution. US President Woodrow Wilson initially supported Lloyd George’s approach, but France’s vehement opposition and news of Bolshevik crimes tempered his attitude. Clemenceau believed that the Russian Bolsheviks, at one point, would turn into a social democratic party.

During the Peace Conference, the Allies’ policy towards Russia was incoherent and inconsistent. It was not sufficiently firm to remove the Bolsheviks, nor hostile enough to convince them that the Western Powers were their fiercest enemies.

In his memoirs, Churchill, who had repeatedly expressed his outrage over the lack of a clear policy towards the Bolsheviks, noted: “Were the Allies at war with Soviet Russia? Certainly not, but they shot Soviet Russians on sight”. Churchill, like French Marshal Foch, was a supporter of direct intervention.

Lloyd George tried to appease Churchill by telling him that the British Empire at that time did not allow any intervention against the Bolsheviks for financial reasons.

The Allies occasionally flirted with the idea of ​​an intervention in Russia, but they also wanted to have room for negotiations, in particular Lloyd George. On January 21, 1919, he and Woodrow Wilson proposed to the Supreme Council a compromise. As the French did not want the Bolsheviks to come to Paris, they proposed talks with Russian representatives, of all political colours, somewhere outside the borders of Russia. The island of Prinkipo was chosen in the Sea of ​​Marmara.

Wilson, on behalf of the Supreme Council, wrote an invitation to representatives of the main Russian factions. The Whites were particularly shocked to find out about the proposed meeting on Prinkipo Island. In Paris, the exiled Russian community protested violently at the idea of ​​negotiations, former Russian Foreign Minister Sazonov asking a British diplomat how the Allies expected him to meet with those who had killed his family. The Whites declined the invitation, while the Bolsheviks avoided a clear answer.

The Russian question still remained unresolved at the end of February. Churchill continued to press Lloyd George to decide either on a military intervention or on a withdrawal from Russia. Under pressure from the public, Lloyd George was not prepared for either, but he told Churchill that a decision had to be made in Paris in Wilson’s presence. Therefore Churchill took the initiative and discussed on February 14th in Paris with the US President. Wilson, as Lloyd George probably knew, was reserved, and acknowledged that Allied troops were not of much use in Russia, but that the situation there was too chaotic. Shortly after the conversation with Churchill, Wilson would issue a warning regarding Churchill’s idea: “I am deeply amazed by Churchill’s suggestion regarding Russia. It would be fatal for us to get even more involved in the Russian chaos”.

The actions of the Hungarian Bolsheviks led by Bella Kun also stopped any push to find a “solution” to the Russian crisis. The blockade against the Russian Bolsheviks continued, but support for the Whites gradually began to decline, and they were defeated by the Bolsheviks who in turn seized all of Russia.

In 1921, at the insistence of Great Britain, the Allies ended the Russian military intervention and gave up on the blockade. In March 1921, the United Kingdom signed a trade agreement with the Soviet government, and in 1924 diplomatic relations between the two countries were resumed. The French reluctantly followed the British example. Since then, history has shown that Lloyd George’s approach to the Russian Bolsheviks was wrong.