Mărășești: The prelude to battle 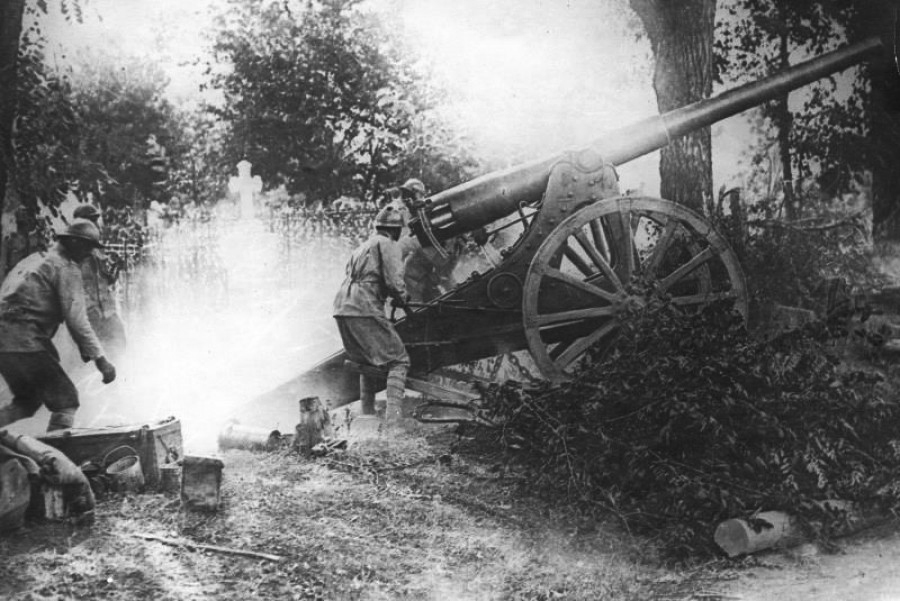 In the aftermath of the defeat suffered by the Central Powers at Mărăști, the German Command ordered a powerful counterattack in the area of ​​Mărășești.

For the Central Powers, the Battle of Mărăști had larger military consequences than it would first appear. In addition to the number of losses, they had to cancel military operations on other fronts in order to send reinforcements to the Romanian Front. But perhaps even more importantly, this unexpected defeat forced them to undertake a series of inadequately sustained and prepared offensives, which would result in their defeat at Mărășești and Oituz.

The victory of the Romanian forces at Mărăști determined the Austrian Army Higher Command (AOK) to ask the Supreme Army Command (OHL) on July 28 the direct intervention of the Ninth Army. Following this demand, the Germans radically changed their strategy. Ludendorff ordered Mackensen to postpone his plan of attack over the Siret and to advance instead in the north, to the west of the river. That sector, of about 40 km, was being defended by the Russian Fourth Army. After bypassing the Russians, Mackensen’s forces had to attack the left flank of the Romanian Second Army. At the same time, the right flank of the Romanian Second Army was to be attacked by the Gerok Group. Once the Romanian Second Army was eliminated, a bridgehead over the Siret River would be established in the vicinity of the Mărășești-Tecuci line. The attack was set for August 6 and the Gerok Group would attack two days later. The first attack opened the Battle of Mărășești, the second one the Battle of Oituz. The hopes of the Germans were high. Ludendorff stated that “the occupation of all of Romania is imminent”. Negotiations were already underway to partition what was left of unoccupied from Romania between the Austrians and Germans. Mackensen was particularly optimistic, saluting his subordinates after an operative meeting with the following: “I’ll see you in two weeks, in Iași!”

Preparations for the attack

The offensive of the German Ninth Army had to take place in two stages. The first provided for a northward advance to Panciu-Mărăşeşti-Băltăreţu line and afterwards the main attack force would be split in half. Four divisions had to continue the attack further north against the Romanian Second Army, forcing it to retreat to the mountains. The other five divisions had to cross the Siret and set up a bridgehead at Tecuci.

On August 6, 1917, when the attack was scheduled to begin, German preparations were not completed. The German 18th Corps, which was supposed to join the First Reserve Corps, was still in the process of being organized, General Karl von Wenninger and his staff had barely reached Focșani, and units of the all-important Alpine Corps were still on their way, having been transferred to other fronts. However, even under these circumstances, Ludendorff insisted that the offensive should begin as planned.

Therefore, the initial attack force consisted of the First Reserve Corps with the German 13th, 76th, and 89th divisions and the Bavarian 12th Division. Opposing them was the Russian 8th Army Corps comprised of the Russian 13th, 34th and 71st divisions. What the Germans did not know was that these Russian divisions were to be transferred to Bukovina, being replaced by Romanian divisions. However, the Romanian units only started moving towards the front on the 5th of August and were still to the east of Siret when the attack began. The Germans expected to meet only “undisciplined, exhausted Russian troops, who would not resist”.

Neither did the Russo-Romanian command anticipate an offensive of the German forces until the eve of the attack. On August 5, Romanian reconnaissance planes flew over the sector held by the Germans at Focșani and reported ample enemy troop movements. It was already clear to the Romanians and Russians that the German troops were preparing an attack in the area of the Russian Fourth Army. The commander of the 8th Corps reported to the Headquarters of the Russian Fourth Army the day before the Germans offensive that, in his opinion, “German troops are preparing an offensive in the sector held by the 8th Corps”. He brought five battalions from reserve, but substantial reinforcements would come with the arrival of the Romanian forces after the attack began.