Mărăști, “the first real victory in the history of the modern Romanian army” 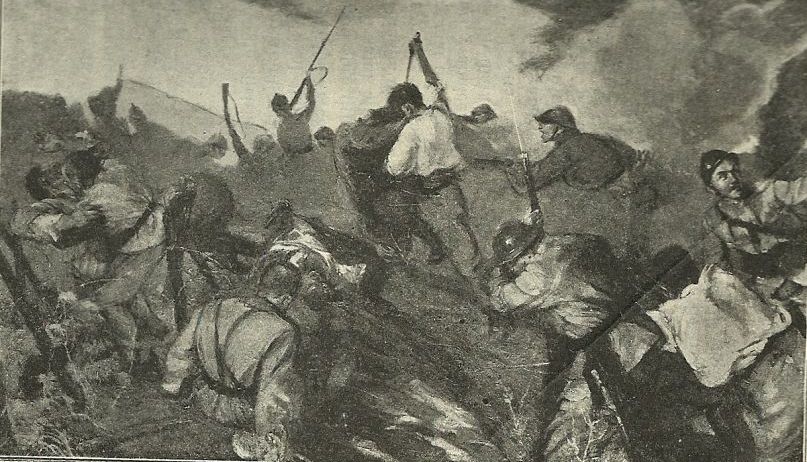 For Romania, the Battle of Mărăști is not only one of the most important victories of the Romanian army during the First World War, but also in the military history of the Romanian people. For the Entente, the success at Mărăști was one of the few it had managed to obtain in 1917.

The consequences of the Battle of Mărăști gave hope to the Romanians, but also to the Entente. Within a week, although at a disadvantage due to the cancelling of the operation at Nămoloasa, the Romanian Second Army supported by the Russian 8th Corps liberated 30 villages and took back over 500 km². More than 3.000 Austro-Hungarian and German soldiers were captured. The number of Romanian victims amounted to 1469 deaths, 3052 wounded and 367 missing.

The reports made by the commander of the Romanian Second Army, General Alexandru Averescu, stated that the offensive at Mărăști had largely achieved its aim. In addition to the numerous losses caused to the enemy, the future Romanian Marshal noted: “The morale of the officers and troops of the Romanian Second Army rose greatly because for the first time in the eleven months after Romania’s entry into war, they saw the enemy fleeing away from them, that he gives ground, that they are the ones taking prisoners and spoils of war (weapons, machine guns, cannons)”. For Averescu, the battle also was the culmination of his military career, calling it “the first real victory in the history of the modern Romanian army”. The victory of Averescu’s army increased the prestige and popularity that he already enjoyed and on which he will eventually build his political career.

The battle demonstrated that Romanian soldiers, if properly trained and equipped, could fight on equal terms against their opponents. It was an important precedent for the battles of Mărășești and Oituz that were to take place soon.

For the Central Powers, the Battle of Mărăști had larger military consequences than it would appear at first glance. In addition to the number of losses, they had to cancel military operations on other fronts in order to send reinforcements to the Romanian Front. But perhaps even more importantly, this unexpected defeat forced them to undertake a series of inadequately sustained and prepared offensives, which would result in their defeat at Mărășești and Oituz.

Mackensen: “I’ll see you in two weeks, in Iași!”

The victory of the Romanian forces at Mărăști determined the Austrian Army Higher Command (AOK) to ask the Supreme Army Command (OHL) on July 28 the direct intervention of the 9th Army. Following this demand, the Germans radically changed their strategy. Ludendorff ordered Mackensen to postpone his plan of attack over the Siret and to advance instead in the north, to the west of the river. That sector, of about 40 km, was being defended by the Russian Fourth Army. After bypassing the Russians, Mackensen’s forces had to attack the left flank of the Romanian Second Army. At the same time, the right flank of the Romanian Second Army was to be attacked by the Gerok Group. Once the Romanian Second Army was eliminated, a bridgehead over Siret would be established in the vicinity of the Mărășești-Tecuci line. The attack was set for August 6 and the Gerok Group would attack two days later. The first opened the Battle of Mărășești, the second one the Battle of Oituz. The hopes of the Germans were very high. Ludendorff stated that “the occupation of all of Romania is imminent”. Negotiations were already underway to partition what was left of unoccupied from Romania between the Austrians and Germans. Mackensen was particularly optimistic, saluting his subordinates after an operative meeting with the following: “I’ll see you in two weeks, in Iași!”

The success of the Russo-Romanian forces at Mărăști was not followed by other victories across the huge front from the Baltic to the Black Sea. On the contrary, the advance of Austro-Hungarian forces in Bukovina after the victory in Galicia was a serious threat to the entire Allied apparatus in Romania and southern Russia.