Memories of the German occupation: “To imprison innocent, sick or old people- to destroy their wealth- is an act of pure barbarism” 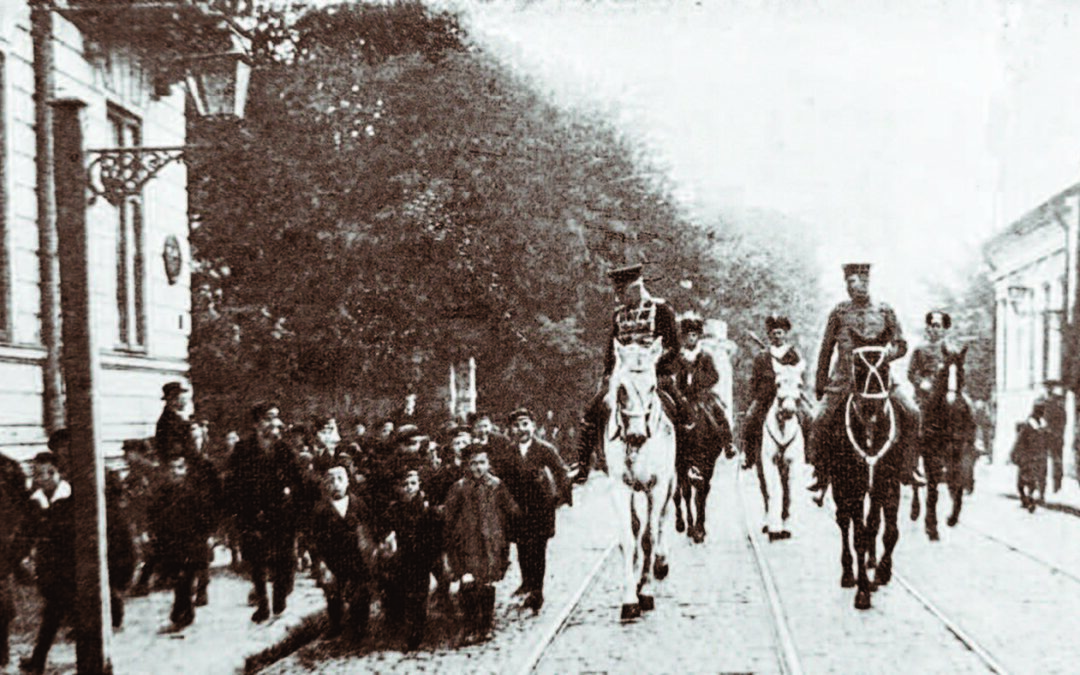 On the onset of the First World War, Lupu Kostaki was a member of the Superior Administrative Council. He was part of the pro-German camp, led by Petre P. Carp. When the authorities and the royal family evacuated to Moldavia, Lupu Kostaki remained in Bucharest, with the consent of Ion I.C. Brătianu, assuming the role of guarantor of the Ministry of Interior for the period of military occupation.

He had to cooperate with the German military administration. In fact, the Romanian administration was under the direct command of the Romanian Military Administration, headed by German general Tulf von Tschepe und Weidenbach, as military governor. Here is what he wrote about the problem of prisoners of war, a problem raised by the representative of the Netherlands in Romania, van Vredenburg:

“The habit of making civilian prisoners in this war is an English invention. It did, of course, made a lot of innocent people suffer. One of civilization’s principles was trampled in the process. The guarantee of hospitality and the confidence of the individual, a fundamental principle of civilized nations, was shaken. States only had to discover all those who were guilty of espionage or other acts unlawful acts, by taking the appropriate measures and by passing judgement on the culpable. But to imprison innocent, sick or old people- to destroy their wealth- is an act of pure barbarism, especially since some of these strangers were as one with us and had their sons on the front line to defend the homeland in which they lived and that they had actually adopted, without having just fulfilled the legal forms […].

Newly installed in the ministry, the ambassador of Netherlands, Mr. van Vredenburg, is looking to meet me. Not finding me in the ministry, he leaves me a note, asking me to tell him where and when he can meet me, having important thing to tell me. Immediately I went to the Dutch Legation and, excusing myself, for the time needed to make the necessary visit.

He asked me with great insistence to use all my influence in the government to secure the release of the hostages as the Central Powers were tenaciously interested in this issue. He showed me that among the hostages are priests and other people of the congregation, who were unfairly imprisoned by our army in its retreat from Transylvania. He told me that he has the promises of ministers, but unfortunately the promises and orders of the ministers are not executed. Mr. Panaitescu and Corbescu are the ones who take pleasure in harassing these wretched, innocent people. He informed me of the barbarities which were brought to his attention, that were committed against the unfortunate hostages who were sent to Moldavia by the personnel in charge of supervising them.

That they had taken their money and that they are now hungry and dragged from prison to prison. I found out that the hostages had been taken over by a relative of the prime minister, who is robbing them with impunity. He is an impromptu colonel in reserve. I promised him I would do my best to satisfy his request. I saw Panaitescu, the head of the Security, who [came] to the ministry; I showed him what benefit it would be to the population which remained under occupation if the hostages were released. Otherwise, it will give the enemies, in addition to other abuses, which of course the population will also have to endure, the opportunity for more reprisals to obtain the release of their hostages.

Panaitescu, who was neither a bad man nor a wicked man, seemed to understand the situation. He gave me his word that the Prime Minister had ordered their release. He then asked me to settle some personal issues regarding his house. I saw Corbescu in the Prefecture, this extremely wicked man. I spoke to him in the same manner. He assured me with confidence that all measures were taken to release the hostages. Only those who have convictions and those who have evidence against them that they had acted as spies will be detained. I had to be satisfied with these answers, especially since the ministers were unseen in the few days they still had in the capital. Mr. van Vredenburg came the next day to see me and showed me he had received new orders to insist on the release of the hostages. I sought to assure him that his request would be satisfied, recounting the conversations I had with Panaitescu and Corbescu, as well as the assurances they gave me.

He accepted them, though he didn’t seem convinced. He also showed me the handiwork of Brătianu and Corbescu. At the request of our government, van Vredenburg sent a telegram to ensure the financial world in Europe of the kind attitude of our government towards the foreign capitalists who had invested their capital in various enterprises. He told me that the telegram requested from the government was stopped by G. Corbescu, the prefect of the Police. I sought to reassure him that he could be confident in the Prime Minister’s word, The overzealous zeal of the subordinates should not cause him bad blood. Corbescu is a careerist and like all of them, he wants to succeed without merit, they are more slaves than slaves, true leeches, but I am ready to facilitate any communication that could be useful to the country. The government may have other views regarding the war, but when it comes to the economic interests of the country it does not look at partisans and leeches, proof that it appealed to me, when it could have used a partisan instead of me. He thought that I, one who had expressly advocated for the policy of the Central Powers, could also help the capital’s population. Smart as he was, he didn’t hesitate to officially commission me to stay here.

It is undeniable that Corbescu and Panaitescu did much harm by their lack of dignity and slavishness with which they served the government. Panaitescu invented plots and spied the houses, to know the secrets of the families. He had become an all-powerful personality that swallowed millions. Corbescu, mixed in immoral affairs, always sought to be a servile leech, to become indispensable to Ionel Brătianu, whose signature he had learned to counterfeit perfectly, to exempt his lazy master from the work of signing official paperwork. How many millions have been stolen from the poor taxpayers by the servility of this creature! Mr. van Vredenburg was right.

Both coryphaeuses had lied; only those hostages who could not be dragged and imprisoned in Moldavia were released. Old people were left in Ialomița without means, and arrived in great misery in Bucharest, and some of them even later, brought by the occupation army. Much ill and great suffering was caused to those in the occupied territory because the innocent hostages were not released in time”.