Misleading appearances: The military context in which Romania entered the First World War 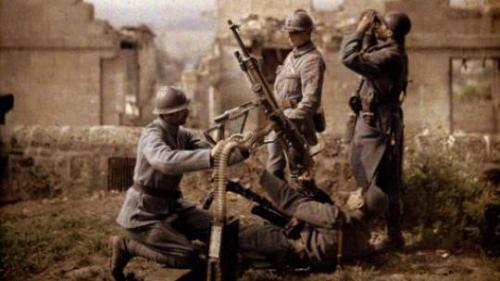 Romania entered the First World War on August 27, 1916, after two years of hard negotiations with the Entente. Romanian Prime Minister Ionel Brătianu considered that the time had come for action for several reasons: the Entente had transmitted an ultimatum, it was now or never, and the military context seemed favourable. The Russian forces led by General Brusilov broke through the Austro-Hungarian lines in Galicia and Bukovina, the German army failed to conquer Verdun, and the Entente was gathering a considerable force in Thessaloniki. However, the Romanian army’s 1916 campaign was a disaster and the question is why was that so?

In the military convention that Romania signed with the Entente, Ionel Brătianu asked for optimal military conditions so that Romania’s entry into the war could be a real success. Thus, the Entente had to provide the ammunition needed for the Romanian army; Allied armies on all fronts had to go on the offensive to prevent enemy forces from marching against Romania, but mainly the Allies had to provide the Romanian army protection against an attack from Bulgaria.

The promises of the Entente

The battle of Verdun, the regrouping of the Italian army on the Piave River, the launch of the British offensive on the Somme (July 4) and the success of the offensive initiated by Russian general Brusilov seemed to meet the wishes of Romania. Even the head of the French High Command, General Joseph Joffre, telephoned Bucharest that “Romania could invade and occupy Transylvania without any risk … Austria has no division at its disposal to send to Transylvania”. As for Germany, the Allies claimed that the formation of a German army to fight in Romania was impossible. The Entente also claimed that its troops in Thessaloniki were sufficient to prevent Bulgaria from mobilizing its troops against Romania. It seemed that all the conditions were met, except that … all these military developments were happening in early July. The negotiations between Brătianu and the Entente were prolonged, which led to the delay of Romania’s entry into the war until August 27.

Romania’s campaign plan, a defence on the Danube line and in Dobruja, and an offensive in Transylvania, took more into account the mood of the Romanian population rather than the needs of the military.

Everything that could go wrong… went wrong

The Romanian army entered Transylvania quickly without encountering any particular resistance, but the advance slowed down each day, and was not able to reach a natural barrier, such as the Mureș River, in case the Central Powers counterattacked.

But the real problem for Romania would come from the Entente’s failure to fulfil its military obligations regarding Bulgaria, but not only that. The Russian army did not resume the offensive in Bukovina to support the advance of the Romanian army in Transylvania, and tragedy struck Romania from the south of the country, from Bulgaria. Allied troops from Thessaloniki could not keep the Bulgarian and German troops in check and as a result, Romania was attacked, while most of its troops were on the offensive over the Carpathians. Moreover, Romania’s intention to enter the war on the side of the Entente was not a secret to the Central Powers. The military authorities in Berlin and Budapest mistakenly estimated the date when it would occur, but they had plans ready. In less than three weeks, Germany brought dozens of divisions from other fronts.

In just three weeks, Romania was attacked from two directions

In the middle of September, Romania was attacked from two directions, from the south and from the north, under the eyes of the Russian army, which did not intervene to ease its situation. Military historian Glenn Torrey managed to summarize Romania’s situation suggestively: “The defeat of Romania was a predictable event for those who knew the strategically vulnerable geographical position of the country, the poorly trained and poorly equipped army, the High Command’s incompetence and questionable promises made to Romania by her allies. No doubt the British military attaché thought of these factors when he confessed, with a heavy conscience, to his French colleague shortly after signing the military convention: «I feel like a paid assassin»”.