To mark the centenary of the Armistice, the Imperial War Museum used an authentic sound graph to recreate the end of the Great War on the American front.

A chilling audio re-creation depicts the moment the guns fell silent on the First World War battlefields at the end of the conflict in 1918.

To mark the centenary of the Armistice, the Imperial War Museum used an authentic sound graph from their collection to recreate the end of the Great War on the American front near the River Moselle.

In the poignant audio, you can hear the the artillery cannons firing continuously, giving us a haunting insight into how the war would would have sounded to those fighting it. 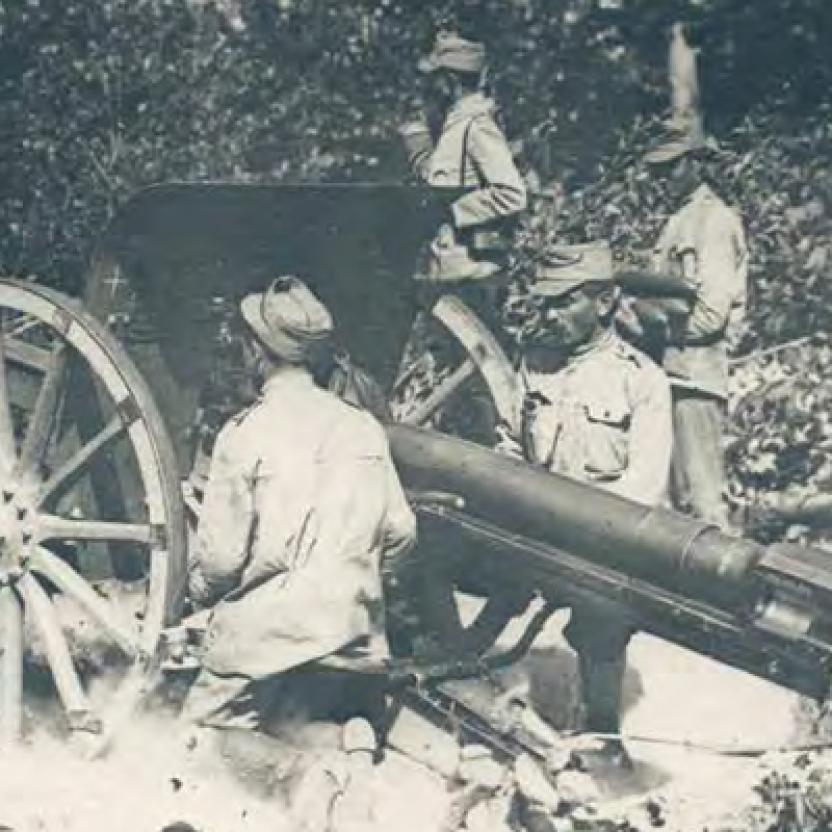 The sound conversion reveals that fighting on the western front continued right up until the final moments of the First World War, with artillery still visibly active at 10.58am on November 11.

Then, all of a sudden, the explosions are replaced by beautiful birdsong as the four-year war comes to an end.

The graphic record, released by the museum, is a product of sound ranging, a technique used by the Allies to determine the location of enemy artillery.

Photographic film was used to record the exact moment that the sound of a gun firing was received by six different microphones.

Because the microphones were located far apart, they picked up the sound from the same gun at slightly different times.

These time differences were used to calculate the position of the gun.

This particular graphic record was used by Coda to Coda to produce the end-of-the-war audio.

Will Worsley, Director and Principal Composer at Coda to Coda, said: “This document from IWM’s collections gives us a great insight into how intense and chaotic the barrage of gunfire must have been for those fighting on the western front.

“We hope that our audio interpretation of sound ranging techniques through bone conduction enables visitors to project themselves into that moment in history and gain an understanding of what the end of the First World War may have sounded like.”