Nicolae Brăiloiu, hero at 23. “Projectiles were pouring all around, frightening us” 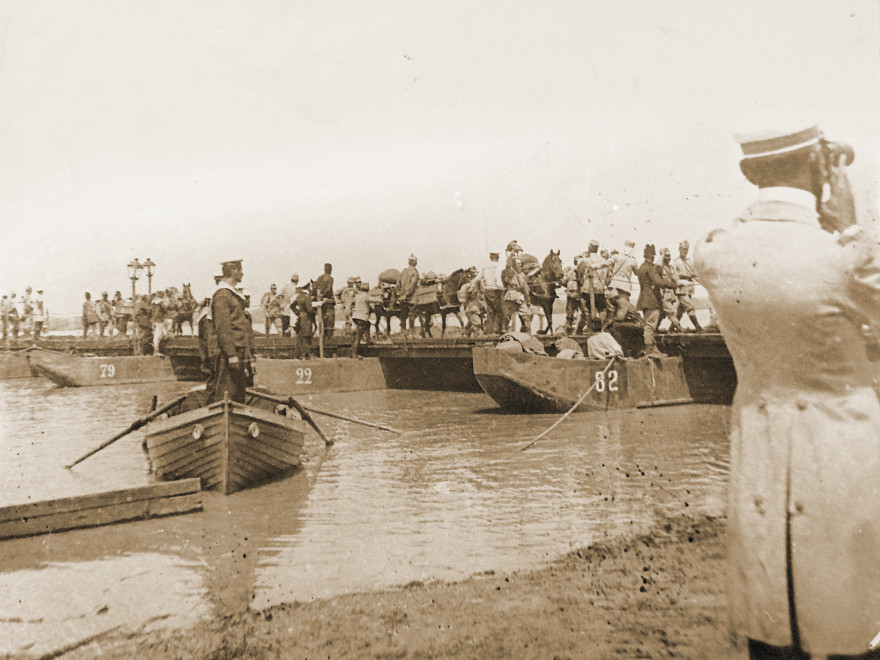 Nicolae Brăiloiu was a hero, dying in the first month of the war. He was very young, only 23 years old, but he already had a Bachelor’s Degree in Letters, a Doctorate in Law and was a practicing lawyer.

He went to the front as a reserve lieutenant of the 10th Howitzer Artillery Regiment, where he participated in the Danube offensive, the Flamânda Manoeuvre, against German-Bulgarian-Ottoman troops commanded by Field Marshal August von Mackensen, and then in Transylvania. From there, Nicolae Brăiloiu wrote to his father: “Dear Papa, I am leaving right now to Brașov with the regiment. I’m section head for the 5th battery. We have two good officers. We receive flowers and ovations; enthusiastic people, lively soldiers. I kiss you all from the heart and wish you good health and farewell”.

Only a few days before he was killed in the line of duty, on September 20, 1916, Nicolae Brăiloiu wrote to his aunt Hélène:

“Dear Aunt Hélène, I’m able to send you more novels, as I was lucky enough that Lieutenant Orleanu had to go to Bucharest. Today we arrived from Flămânda, which we left, as I told you, on Saturday. On Sunday we had a great battle against airplanes. There were many wounded, because the army was massed. From our ranks, Major Predescu was injured, among others.

The next day, reaching the bridge over the Danube, I was fortunate and pleased to meet Jean Filipescu. You can’t imagine our joy. He told me he was doing well. In the battle with the airplanes, his horse was killed. Lucky that he was far enough away from the horse at that moment. To see how great it was to watch the troops cross the bridge and how splendid they find the evening, especially the spectacle of the fire that had spread in Bulgaria as far as the eyes could see. On Monday, our regiment had to fight a very heavy battle with Austrian monitors who had superior artillery to ours and who wanted to sink the bridge. Projectiles were pouring all around, frightening us. Two soldiers from our battery were wounded and seven horses were killed. Great damage was done to the regiment. Sub-lieutenant Manoliu was killed instantly. The son of Mr. Cantacuzino, the scientist (Dr. Ioan Cantacuzino), is injured, and another officer, Lieutenant Popovici, had his eye gouged out. The impression was terrible, especially since he had to stay in the cold for a whole night.

Finally, we managed to get rid of the monitors, so the bridge remained untouched. This morning we saw, on our departure, Jean Filipescu, who had gone to Bulgaria and who was now returning with the regiment at Puieni. You will know that we are coming back, because the demonstration which we had done was successful. Turtucaia was taken by the troops from Dobrogea. We will stay here for a few days, because we did not have enough to sleep and we are tired after a sleepless night, spent in the rain. Dear Aunt Hélène, I beg you very much not to tell anyone the details I give you, because it would hurt me. If you ever have the opportunity, send this news to Papa. From the campaign I will bring some small souvenirs from Transylvania, shrapnel of aircraft bombs and cannons.

I kiss you, dear Aunt Hélène, thousands of times, as well as the others.

P.S.: If you want, write to me. If you cannot immediately, you will know that Lieutenant Orleanu has the address: str. Cobălcescu, no. 49”

Shortly after this letter, Nicolae Brăiloiu died in Teliu, near Brașov. His superiors and comrades wrote to the family, announcing the loss of their son. Captain Constantin Haralamb, commander of the 5th battery of the 10th Howitzer Artillery Regiment, Brăiloiu’s superior, in his official letter shows his admiration and respect for the young lieutenant’s sacrifice: “The circumstances in which he met his demise raises him above us all, because at the moment of death, he emboldened the troop, shouting with all of his heart: «Hoorah, long live Greater Romania!». These words impressed us deeply, because Nicolae Brăiloiu proved to us that he was a hero. His loss and of our other comrades filled our soul with pain and we swore to avenge them!!!

On behalf of the 5th battery, which has distinguished itself in the battles of Flămânda and Brașov, please receive the admiration and respect due to parents with such a son.