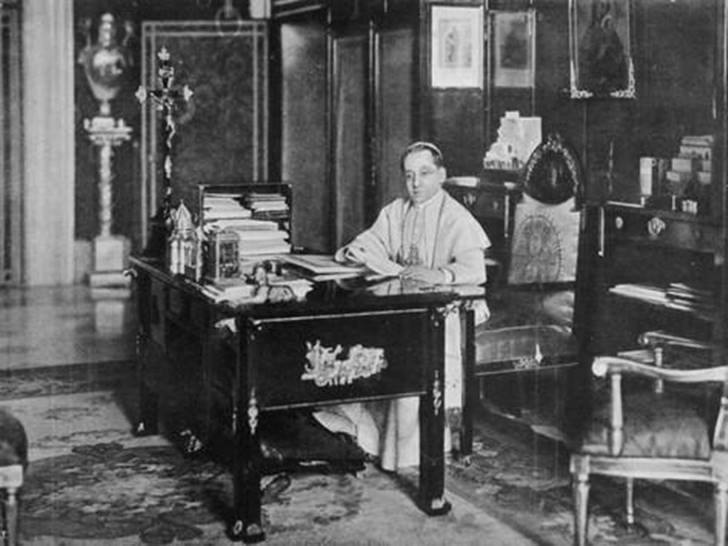 The war could ended one year before we Pope Benedict XV propose a peace. The war and its consequences were Benedict’s main focus during the early years of his pontificate. He declared the neutrality of the Holy See and attempted from that perspective to mediate peace in 1916 and 1917. Both sides rejected his initiatives.

The national antagonisms between the warring parties were accentuated by religious differences before the war, with France, Italy and Belgium being largely Catholic. Vatican relations with Great Britain were good, while neither Prussia nor Imperial Germany had any official relations with the Vatican. In Protestant circles of Germany, the notion was popular that the Catholic Pope was neutral on paper only, strongly favoring the allies instead.

Benedict was said to have prompted Austria–Hungary to go to war in order to weaken the German war machine. Also, allegedly, the Papal Nuncio in Paris explained in a meeting of the Institut Catholique, “to fight against France is to fight against God”, and the Pope was said to have exclaimed that he was sorry not to be a Frenchman. The Belgian Cardinal Désiré-Joseph Mercier, known as a brave patriot during German occupation but also famous for his anti-German propaganda, was said to have been favored by Benedict XV for his enmity to the German cause. After the war, Benedict also allegedly praised the Treaty of Versailles, which humiliated the Germans.

On or shortly before 15 August 1917 Pope Benedict XV made a peace proposal suggesting:

No annexations
No indemnities, except to compensate for severe war damage in Belgium and parts of France and of Serbia.
A solution to the problems of Alsace-Lorraine and Trentino and Trieste
Restoration of the Kingdom of Poland
Germany to pull out of Belgium and France
Germany’s overseas colonies to be returned to Germany
General disarmament
A Supreme Court of arbitration to settle future disputes between nations
The freedom of the seas
Abolish all retaliatory economic conflicts
No point in ordering reparations, because so much damage had been caused to all belligerents

German Protestants rejected any “Papal Peace”, calling it insulting. French politician Georges Clemenceau, a fierce anti-clerical, claimed to regard the Vatican initiative as anti-French. Benedict made many unsuccessful attempts to negotiate peace, but these pleas for a negotiated peace made him unpopular, even in Catholic countries like Italy, among many supporters of the war who were determined to accept nothing less than total victory. Great Britain reacted favorably though popular opinion was mixed. United States President Woodrow Wilson rejected the plan. Bulgaria and Austria-Hungary were also favorable.Some of the proposals eventually were included in Woodrow Wilson’s Fourteen Points call for peace in January 1918.