Prince Carol’s desertion from the army and his marriage to Zizi Lambrino. The scandal that rocked the Royal House of Romania in 1918 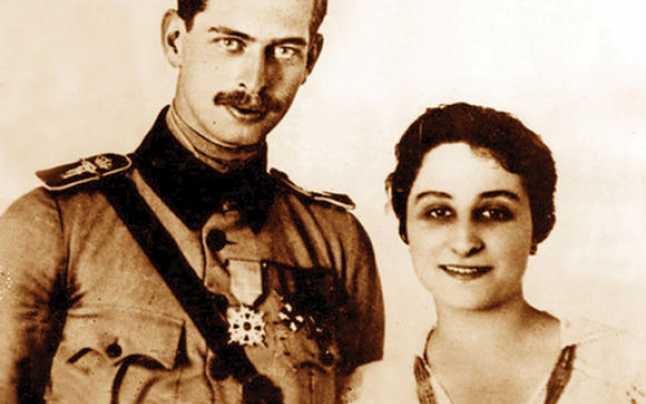 To the many problems Romanian authorities had to face during the difficult year of 1918, there also was a dynastic crisis in the royal family to deal with. At the end of August, the Crown Prince Carol left his mountain troop unit in Târgu Neamț and fled to Odessa, where he married Ioana Maria (Zizi) Lambrino. This gesture was a serious violation of the Royal House’s Statute, which prohibited the marriage of the heir prince to a commoner. Moreover, Carol had deserted the army, which made his act considerably worse.

Prince Carol, the eldest son of King Ferdinand I and Queen Marie met Ioana Maria Lambrino, known as Zizi, in 1913, at a party organized by Conservative politician Alexandru Marghiloman, who was to become prime minister in 1918. Carol was 20 years old when he first noticed the young woman of only 15 years of age. Educated at a pension in France, Zizi was a cultivated young woman who studied music and literature. Between the two began a love affair that the Royal House ignored, without suspecting the scale of the scandal.

The future Prime Minister of Romania I.G Duca wrote in his memoirs that “Nobody had given any special significance to the flirtation, and especially, no one imagined that it would lead to a marriage and this under the auspices of his country’s occupiers”.

Despite bans from the Royal House, Prince Carol decided to marry Zizi in the summer of 1918. The two fled to Odessa, Carol crossing the border disguised in civilian clothes and assisted by a lieutenant from his regiment. After the wedding, Carol announced the event via a telegram:“I married Zizi Lambrino. Can I come back with her or go to France?”

Marghiloman told King Ferdinand: “I consulted ministers and presidents; I have not spoken to the opposition, but I know the general public opinion. The prince must be stripped of his prerogatives; Prince Nicolae [the second son of the royal couple] must be proclaimed in his place and a severe and serious education must follow”, adding that “the prince is not loved [by the people]; he is completely indifferent and has shown a lack of judgment, which is not a promise for the future.”

King Ferdinand sent British Colonel Joseph Boyle to bring Prince Carol home, instructing him, in a telegram sent in September 1918, that: “Before you authorize the use of force, make sure there is no hope of bringing him back to his senses. In his interest, even if he is irrevocably determined to put his plan into action, show to him the monstrosity of his breakup with the Family and the Country that took place on foreign soil, under the protection of foreign bayonets which not long ago were still pointed at us.”

Brought back into the country by force, Carol insisted on maintaining his marriage to Zizi, despite opposition from his family, who wanted to cancel the marriage. Moreover, the prince was willing to give up the throne for his wife. King Ferdinand punished his son with 75 days of arrest, and Queen Marie asked him to renounce this marriage: “It would have been honourable to die with a bullet in the head, to be buried in the Romanian soil, rather than betray it.”

Finally, Carol was persuaded to sign an act giving his consent to the dissolution of the marriage, which was annulled by the decision of the High Court of Cassation of January 8, 1919. After the dissolution of the marriage, Carol was sent to the front in Hungary, from where he sent a letter of abdication, which the Royal House did not take into account. Moreover, trying to convince his family to accept the relationship with Zizi, Carol intentionally shoots himself in the foot and threatens suicide.

In January 1920, Zizi gave birth to a boy, Mircea Grigore Carol. He was the first son of Prince Carol, but he did not officially recognize the child. The scandal was extinguished after Zizi agreed to sign a document by which she was “obliged not to raise any claims and to refrain from any other harassing or harmful acts, whatever they may be, against any of the members of the royal family” in exchange for an annual rent of 110.000 francs.

Zizi Lambrino settled with her son in a villa in the south of France, and the marriage of Prince Carol with Princess Helen from Greece’s royal family was announced shortly. Zizi sued Carol in 1940, demanding recognition of the child, but her attempt failed.