Prisoner in the German camps of the First World War. The testimony of a Romanian second lieutenant 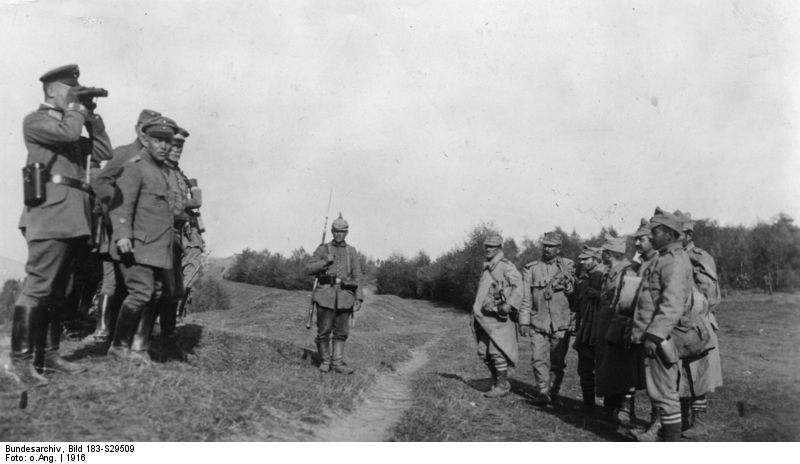 Teacher Nicolae Mălureanu-Cristescu was one of the 142.653 Romanians who endured the ordeal of German prison camps during the First World War. His notes, the letters he sent to his family, as well as a report addressed to the Ministry of War after his repatriation, capturing unusual moments experienced by Romanians who were taken prisoner in Germany, were all examined by military historian Constantin C. Gombos.

At the time of Romania’s entry into the war against the Central Powers (August 14/27, 1916), Nicolae Mălureanu-Cristescu was conscripted with the rank of second lieutenant in the 70th Infantry Regiment, part of the 12th Infantry Division of the First Army, commanded by General Alexandru Averescu. Between October and November 1916, the 70th Infantry Regiment was part of the “Nămăiești” Group, which waged dramatic battles to defend the Rucăr-Bran Pass and the city of Câmpulung Muscel.

In the second part of November 1916, the situation on the front worsened for the Romanian troops, who were forced to abandon the south of the country, including the capital, Bucharest. During these battles, Mălureanu was taken prisoner, an event that he recalls in the report addressed to the Ministry of War, on July 31, 1918, after his repatriation:

“The undersigned, lieutenant Mălureanu Nicolae, commander of the 3rd platoon, 1st company, 70th Infantry Regiment, on November 23, 1916, while I was forming a detachment of the 12th Division in the village of Filipeștii de Pădure, Prahova County, with the purpose of being the flank guard for the rear-guard commanded by Captain Zăman Traian, I was, with the whole detachment, surrounded by German troops. This is due to the fact that another German unit cut off the withdrawal of our troops in the village of Călinești (Prahova) on the night of November 20-23.”

From this moment onward a two year ordeal begins for Mălureanu and his comrades. In a letter dated January 10, 1917, sent from the prison camp, the lieutenant announced his family that he had been taken prisoner:

“The hero you would have expected to fall on the field of honour or at best, to return home crowned with the laurels of victory, in the greatest and most terrible war that humanity has ever known, at last, the hero that had went through the crucibles of the Valley of Sorrows in Dobruja on September 27 and in the Valley of Pravăț in Muşcel on October 4, 1916, has to painfully announce that after 99 days of war he fell prisoner in the hands of the Germans on November 23, 1916 , at 8 o’clock in the morning, in the village of Filipeștii de Pădure in Prahova, together with 8 other officers and all the rest of the people from the 70th Infantry Regiment”.

In the report addressed to the Ministry of War, the second lieutenant gives many more details about the route of the Romanian prisoners:

“The whole convoy made up of Romanian prisoners started on foot in Târgoviște, sleeping the first night in the Mărgineni prison. Between November 25 and December 13, 1916 we were held in the Târgoviște Cavalry Officers’ School. Then, on December 13, we were taken by train on the Titu-Pitești route to Slatina where we stayed in the administrative palace requisitioned by the Germans. On February 19, 1917 they took us by train to Germany, first in Strolsund, then in Crefeld. From February 28 to May 9 I was quarantined in barracks. […]”.

The lieutenant noted in a notebook the name and surname of all the Romanians from the Crefeld prison camp, as well as their units, their specialty, their studies and for some even their address. This is the only known case in which a statistic of Romanian prisoners in Germany has been kept. Of the 597 Romanian prisoners, all former officers, 136 were active duty and 461 were reserve. Among the 136 active officers there was a division general, two colonels, five majors and 128 active officers of lower rank.

During their captivity, news about those in the camp or at home circulated with difficulty. In the camp there were some rules regarding correspondence: all the letters had to be stored in a file in order to be easily verified, and these had to be short and concerning family matters.

In a letter sent to his wife, in the summer of 1917, Mălureanu advises her to conceal all valuable assets that could be confiscated by the Germans:

“My dear wife. In the hope that my writing will rejoice all of you and especially my sweet little children that I left a year ago, I declare with all the love and fire of my heart that I am healthy and hope to see myself back as soon as possible in my beloved country, in my treasured village, in my darling home. […] Hide everything you think the Germans would take from you. Do not harbour any Romanian deserters to avoid the Germans’ harsh judgment. Endure all in peace, for after the storm comes the sunshine”.

In the Crefeld camp, Romanian prisoners were imprisoned until May 13, 1918, when they were allowed to return to Romania. They arrived in the country by train on May 19, 1918.