Queen Marie, face to face with Clemenceau: “Transylvania up to the Tisa and all of Banat” 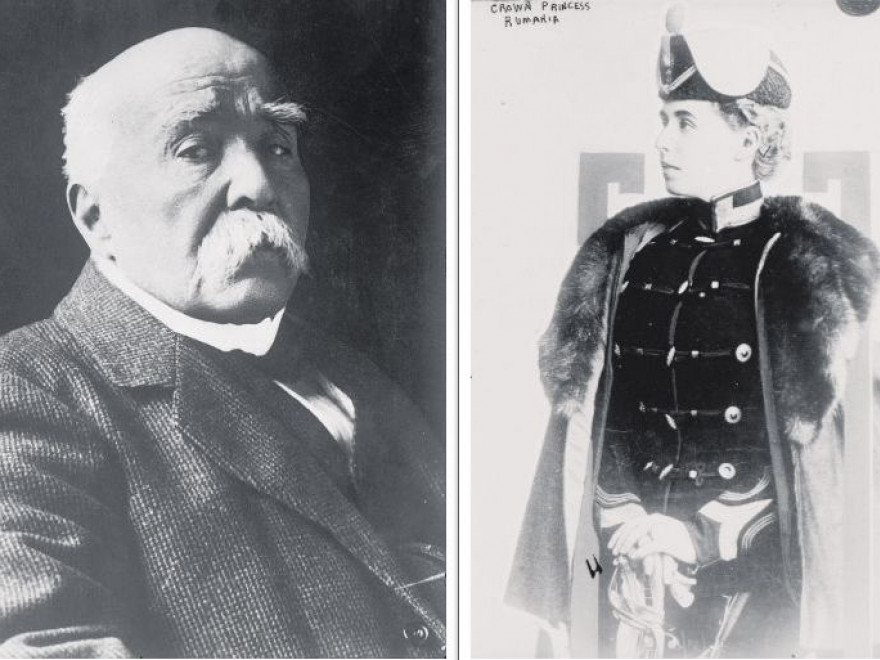 On March 6, 1919, Queen Marie asked to be received in an audience by the Prime Minister of France, Georges Clemenceau. The protocol required, even if the visit was not an official one, that the politician go to the Ritz to greet the queen.

The official response was positive, and the following day, on March 7, the queen was welcomed by the cabinet director of the head of the French government, General Mordacq, who recounts his meeting with Queen Marie of Romania:

“She had a special allure, a true queen-like appearance: tall, beautiful, very well proportioned and has that something which characterizes a true lady and which is always required. To these were added great simplicity, calm and extreme kindness with all of her entourage”.

The meeting with Clemenceau followed, scheduled to last half an hour, but in the end lasted for two hours. We have no information from Georges Clemenceau on how the discussion went, but the queen recounted it to Gheorghe Brătianu, and historian Guy Gauthier gives an account of the meeting:

“- Remember, Madam, that your country, by signing a separate peace, has lost the right to demand the respect of the territorial commitments made in its favor by the Allies in August 1916?

– Mr. Prime Minister, you know very well that Romania was forced into signing the peace because of the Russian defection and the isolation in which it found itself at the end of 1917.

– Ah, Madam! Not this! Not you! I know that you personally opposed the separate peace, don’t come and tell me that I left you!”

When Queen Marie got up to leave, because the discussion was getting heated, Prime Minister Clemenceau beckoned her to sit down:

“- I have enough time for you; do not rush, talk candidly, I like it this way!”

“- Tell me about the claims of your country.

– Transylvania up to the Tisa and all of Banat.

– That is why, Prime Minister, the lioness addresses her cousin the tiger…”.