Queen Marie of Romania and her children, threatened by the Austro-Hungarian ambassador to Bucharest 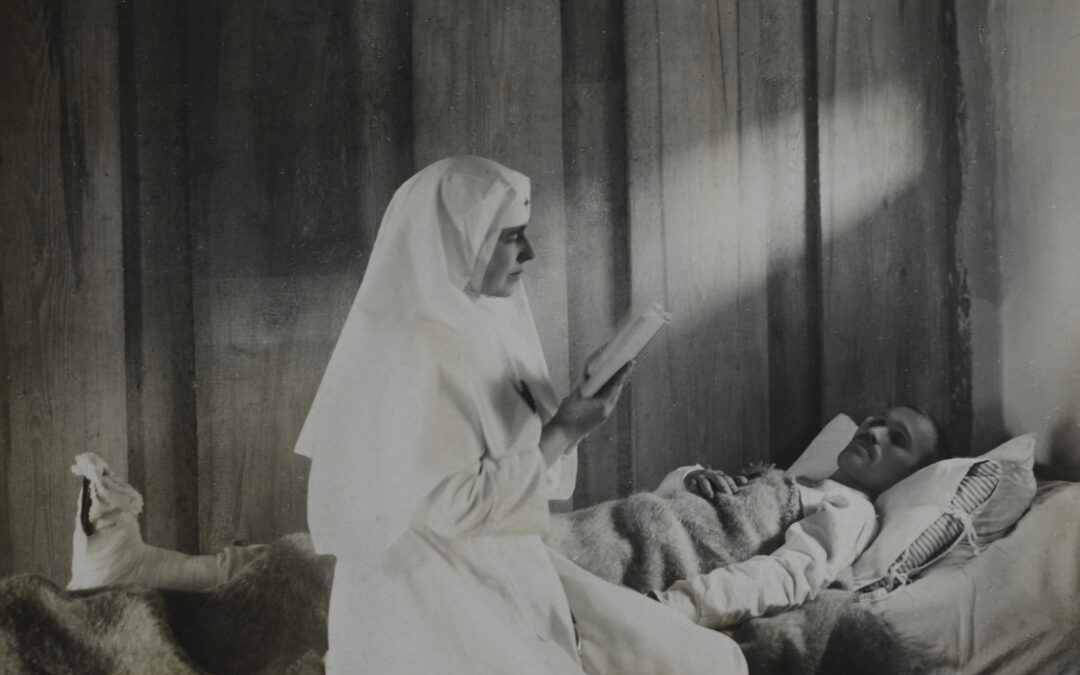 From August 4, 1914 to August 27, 1916, Romania maintained its neutrality, even though at the onset of the First World War it had been a member of the Triple Alliance since 1883. Romania was not a unique case. On July 28, 1914, Italy, which had also been a member of the Triple Alliance, like Romania, proclaimed its neutrality, because the treaty stipulated the obligation to enter the war only if one of the signatory countries was attacked. As Austria-Hungary declared war on Serbia, both Romania and Italy were no longer bound by the treaty’s provisions and proclaimed their neutrality. Romania’s geo-strategic position as well as the resources it had at its disposal determined both the Entente and the Central Powers to undertake enormous efforts to attract the country in the war. When the promises seemed to be less than substantial in comparison to what the other side could offer, some diplomats went on making direct threats. This was also the case of the Austro-Hungarian ambassador to Bucharest, Count Ottokar Czernin, who directly threatened Queen Marie of Romania with wiping Romania off the map if the country joins the Entente, and the Central Powers win the war. To ensure that Queen Marie understood the threat, the Austro-Hungarian ambassador went on to directly threaten her accusing her of “playing with her and her children’s existence.”

The Austrian-Hungarian ambassador to Bucharest (1913-1916), Count Ottokar Czernin, bore the brunt of the blame for the unpleasant surprise which the Vienna authorities experienced when Romania declared war on the Austro-Hungarian Empire. Just a few hours before Romania announced it had joined the Entente, Ottokar Czernin informed Vienna that the country would not enter the war against the Central Powers. Moreover, Czernin is remembered by a less than diplomatic gesture when, in October 1916, he directly threatened Queen Marie of Romania with wiping the country off the map, if the Central Powers will win the war: “If we win, Romania will disappear from the map of Europe”. The Queen’s reaction was swift. We find out about this from count Ottokar Czernin himself who reported his entire conversation with Queen Marie in a secret telegram sent to the Austro-Hungarian Foreign Minister Leopold Berchtold:

The situation here has entered again in a completely different stage. Presently, a move against us is out of the question- as was the case before King Carol I died- instead, the conviction that, in the spring, Romania will have to come out of neutrality, is becoming increasingly accentuated. […] Otherwise, I think that only the tactics of a vigorous and well-targeted approach by Germany and by us can still maintain the situation. The King [Ferdinand of Romania] speaks little and reluctantly, and what he says has little significance. The Queen, which is much more open (I found out today that H.M. and Brătianu considered her too open), clearly and bluntly told me that the treaty could not prevent Romania from going against us. Belgium too was treated by Germany contrary to the treaties; this war has thrown everything that has existed in disarray and nothing but the good of Romania matters. I do not even bother to change her mind, because I have no chance, but I tell her every time, and I recently did so, to think well about what she will do, for if we win, Romania will disappear from the map of Europe after such betrayal and so it is clear that she is playing with her and her children’s existence. That always has an effect and I realize through certain signs that she is terribly concerned for the future. In the time of King Carol I, this auguste lady would have never been able to speak so openly about this infamous violation of the treaty, and the king, who thinks exactly like his wife, was too timorous of his uncle to entertain such an idea.

So, now more than ever, everything here has become a matter of the balance of forces that will be decided on the battlefields. I believe that our mission here must be that by which, through a behaviour sure of our own strength, we can annihilate the difficult military moments, by political arguments and to maintain the situation as it is now”.