Queen Marie, on a visit to the Saxons: “…we were treated almost like saints” 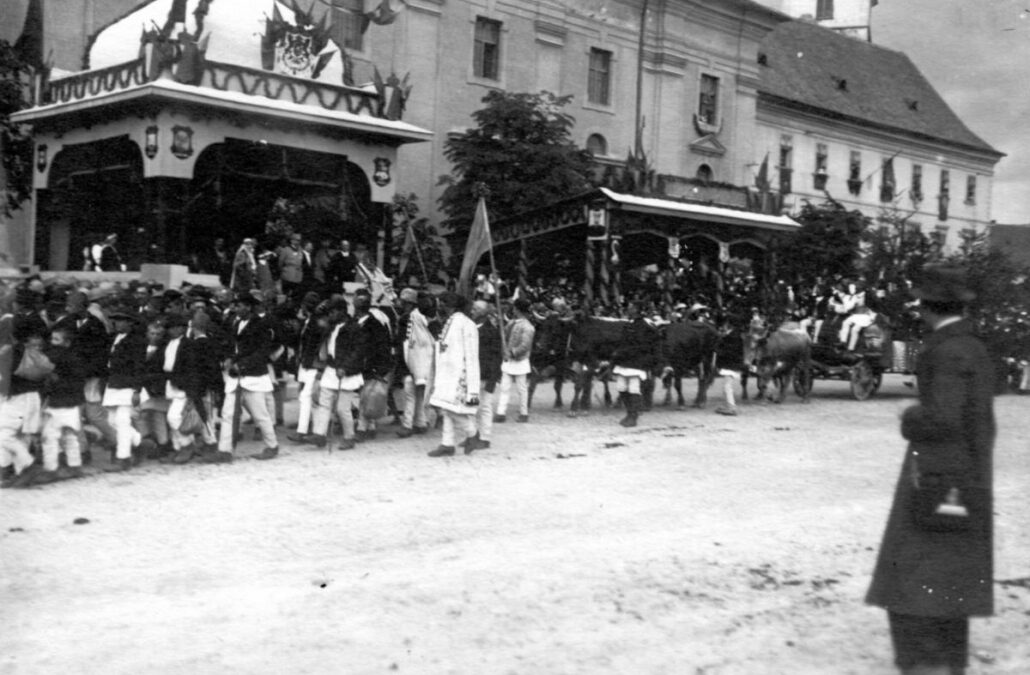 In the 1919 tour of Transylvania, Queen Marie and King Ferdinand also visited the Saxon settlements, which they were very impressed with. They stayed for a while in Sibiu, one of the most beautiful and important Transylvanian cities, where they were welcomed with open arms. Queen Marie would describe with love the visit in her diary:

“The day started with a reception in Copșa at nine o’clock and then we arrived in Sibiu, which is an old Saxon and Romanian city, considered the most important center in Transylvania. We had a wonderful reception here, with the biggest peasant parade of them all. Thousands upon thousands of peasants passed in groups.

It was a really remarkable show and it took me back to the Middle Ages, so fantastic were some popular costumes. There were some wonderful horse riders who looked like hajduks, in their fur coats and with huge fur caps on their heads, led by an old peasant riding on a fiery horse- they passed with loud cheering, truly an impressive sight. There were huge wagons drawn by splendid oxen which were decorated by peasants, some representing their different occupations. There were also bridal parties, brides in amazing costumes with fantastic head ornaments, all their customs were presented to us, as from another world, from another century.

They had the most charming sayings and expressions by which they wished me luck, and strange blessings. I love all their customs as if from an ancient world and I hope they will never give them up. For Nando and for me the whole story was wonderful, because the loyalty and enthusiasm of these simple people were exciting and we were treated almost like saints, in front of which everyone had to kneel because we represented their dearest dream come true, we were like glorifieds parents who came to get them together in a huge family.

The parade lasted almost three hours, we arrived for lunch after three o’clock and finished after six o’clock! On our arrival, an official Te Deum was held in the great Romanian cathedral, which was built with enormous sacrifices some years ago by the Romanian devotees who refused to give up their religion or nationality. When the frightening long lunch ended at the garrison we had a great reception at the house where we were staying, where all the authorities were invited, then followed the visit to the three churches, the German Protestant one, a very old building, then the Catholic church, where there was a short service, and then the Greek-Catholic church, also with a short service, the visit to the graves of certain patriots, the visit of a military hospital and at the end a great meeting with all the intellectuals and the ladies of the charity societies, some speeches were given, I was offered charming gifts, I was shown an amazing degree of loyalty, devotion and affection that kept our bodies exhausted, it really demanded much from our royal spirit these days. I was given the furniture for a peasant room, which was painted, lots of colorful embroideries and pillows, and really beautiful gifts.”