Queen Marie, the victim of the Spanish flu: “I was a changed being, miserable and weak, brought to the brink of despair” 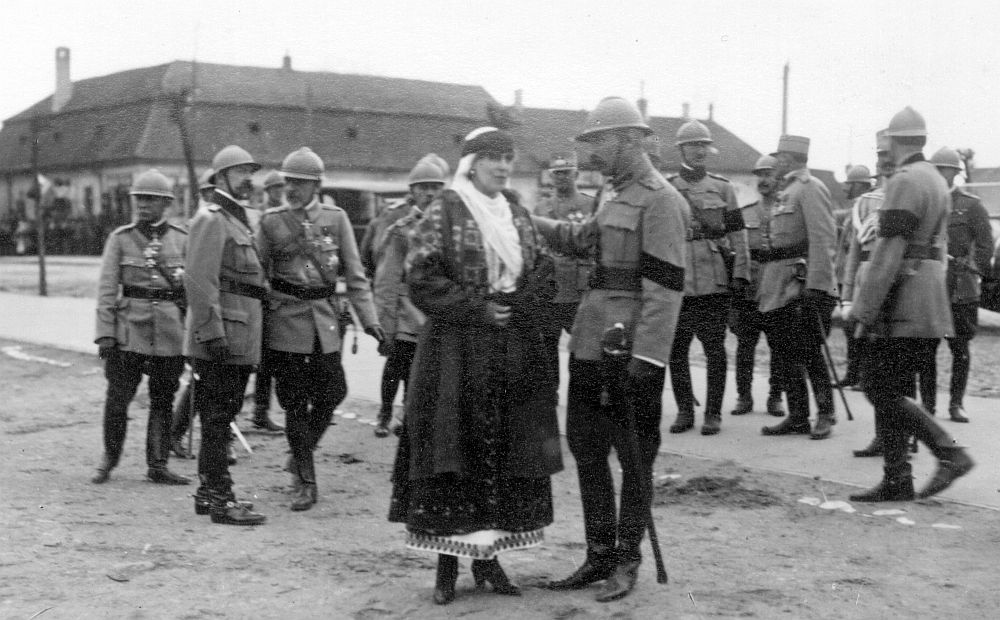 One of the important personalities of those times that suffered from the virus was Queen Marie of Romania. For two weeks, she stayed in bed and received medication. Day by day, the Queen’s health began to deteriorate. The headaches, coughs, fever and dizziness were tormenting the Queen terribly. The best doctors Romania had at the time were called to aid her. Here is what the Queen had to say in  her diary, while in convalescence:

I haven’t written in 20 days! I was sick, very sick, suddenly and unexpectedly hit, in the back, as they say, and I was bedridden- just when the world wanted to rejoice with me. The illness took me on a Saturday: I woke up with my head feeling heavy and aching, hardly endured a few audiences and even went by car to the palace, where I met Catargi and Barbu to give directions for some repairs that I wanted to do at Auntie’s rooms, so I could hold audiences there when needed. But I felt powerless. I took Mamulea with me on my return home and he took my temperature, which was already high.

He told me to sleep- I rebelled against the thought that I could be sick, I wanted to be healthy for the day of the banquet with my soldiers. In addition, we decided, quite suddenly, to send Nicky to England with Mişu and Boyle. We had made the decision in a few hours, leaving aside any sentimentality. He left on Monday, very early, and I said goodbye to him from my bed. I still didn’t feel so bad that day. I also said goodbye to Boyle, who would take care of Nicky and who is going to England to try to hurry along the help for the systematic rebuilding and feeding of our country. I am convinced that he will do his best, he is a dear and sincere friend. Fortunately, he left with the impression that my sickness would not be serious. But I was sick- a horrible, painful disease, as I never had in my life.

All day long with fever and nausea, weakness, heavy hallucinations and uninterrupted sleep until I thought I was going crazy. So this is the famous Spanish flu- well, now I know it’s nothing to joke about. And alas, my poor head, how much it suffered and what terrible supplication was everything, every sound, every smell, every taste, every colour, even the form and name of things made me nauseous and horrified. I was a changed being, miserable and weak, brought to the brink of despair by so much headache and terrible sickness that sapped me of my strenght. Everyone was very worried about my illness, just when they all wanted to rejoice with me. We had endured so well the long years of disaster, the perils, the infections, the unhappiness; in the two years of hard trials and tribulations I had not let myself get knocked down”.

I crawl back and forth, but I am a little bit stronger every day. I do not accept my disability, I hate with all my heart this life in which I am obliged to look after my health and I cannot take a step without someone fretting behind me after a shawl, an open window or something else. I want to go out, but the unmoved Mamulea is very relentless and stubborn; it seems that the most important thing is not to have a relapse. I confess that I have no desire to go through such a thing again. At 11 o’clock I received a pleasant English aviator, then General Greenly, who I found charming. I talked a lot- I enjoy my meetings with these kind, sincere, somewhat down to earth English people- they give me a comfortable feeling. This is the pleasure of the moment itself- the nice people I meet. Tea with the girls, Denize read us. Later came Barbu, who always brings me all the news. He’s impatient, we live in very complicated times, and our politicians do not seem to come to terms. The Pig works hard and loud [Alexandru C. Constantinescu, Interior Minister from December 1916 to January 1918]. I don’t get tired as fast. I have not yet started getting out of bed early, but I talk to the visitors from the bed, and at 11 am I start to receive audiences in my brown room”.